How India can position itself as a global startup hub in 2019: a startup founder’s take 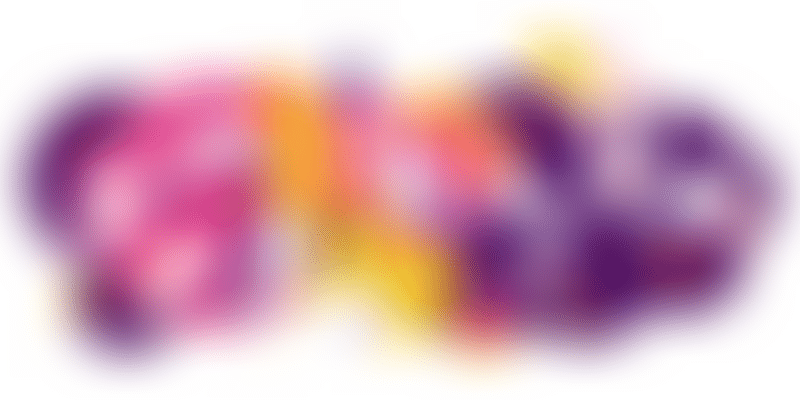 While some of the early numbers are promising, as with any large-scale and ambitious programme in a country like India, Startup India could benefit from further grassroots implementation, education, and marketing to ensure benefits reach a larger number of startups.

Startup India has achieved a level of widespread name-recognition—anyone involved with starting a new business is likely to have heard of it, and a Google News search for the keywords “Startup India” will yield over 20 million results. Along with this name recognition has come some early successes for the various specific schemes and programmes associated with Startup India.

While some of the early numbers are promising, as with any large-scale and ambitious programme in a country like India, Startup India could benefit from further grassroots implementation, education, and marketing to ensure benefits reach a larger number of startups. In this article, I’ll be diving into areas where Startup India has had early successes, as well as areas for possible change based on my conversations with a number of entrepreneurs across the fintech, media, IT, and consumer spaces.

Some indications of success

From a top-down perspective, based on the November 2018 Startup India Status Report, several facts indicate that Startup India has started to have a positive impact on some startups. Per the report, 91 startups have been approved to receive tax benefits, and 2,000 startups have been helped through the Startups Intellectual Property Protection scheme, including rebates in patent fees and trademark filing fees as well as free legal assistance. Moreover, out of the $10,000 crore (~$1.4 billion) fund managed by SIDBI, Rs 1,611 crore (~$230 million) has been committed to 32 Alternative Investment Funds, funding 170 startups in the process.

Beyond the published numbers and looking at the feedback my team has gathered from speaking with entrepreneurs, the biggest benefits associated with startup schemes so far have been surrounding registration as well as the centralisation of all startup-related issues.

A total of 15,113 startups were registered under Startup India between 2016 and 2019, and there are more than 280,000 registered users on the Startup India Hub, where over 120,000 queries have been addressed. Centralisation has brought benefits in terms of ease of access to policies for startups—once startups are registered with the relevant entities, they receive several concrete benefits, some of which the entrepreneurs we spoke to had utilised. However, the scale of this impact is still limited when considering India’s vast startup and MSME economy.

Despite these clear grassroots benefits of Startup India, a number of policies—both under the Startup India banner and not—seem to be ripe for further attention from policymakers due to the day-to-day impact (or lack thereof) they have on entrepreneurs. We can see this first with GST, which is worth delving into given its significant impact on startups. To be clear, GST has had clear benefits for startups. Previously, startups couldn’t offset service taxes that they paid on inputs. With GST, this is now enabled, and it can provide, anecdotally, a few hundred basis points’ bump in margins and 20-percent+ upside in profit, from startups we spoke to.

However, a lot of the downsides of GST have an outsize impact on startups—and this is where policymakers’ attention could be useful. For one, there is a lot of confusion, even amongst accountants, with regard to which categories certain goods and services should fall under within GST. This is a challenge for startups that have limited resources to dedicate to accountants.

For startups that might be dealing with smaller companies as suppliers, this effect can get compounded if suppliers themselves have issues with GST filings. Startups we spoke to had issues with suppliers not filing revenue under the startup’s GST number, thereby preventing the startup from claiming input tax credits.

Overall, this creates significant fixed costs for startups that can be tough for small companies with only a few dozen employees. If multiple of those employees have to either be accountants or liaise with accountants, it is clear why this could pose a financial challenge.

Aside from the difficulties that come with GST, some other regressive policies still hamper startups, although these are gradually being addressed. Equalisation levies used to be a significant issue, especially for startups that used Google or Facebook services. From startups we spoke to, this has become less of an issue, as Facebook, following Google, has enabled billing in India since December. However, for smaller vendors without billing operations in India, equalisation levies can be an upfront way of paying for GST that cannot be offset, which provides hurdles to some startups.

Meanwhile, several startups recently received demands to pay taxes for past angel investments (through something known as the angel tax). The angel tax imposes a tax on investments above what the tax authorities consider to be fair value—which is often measured by a discounted cash flow (DCF) valuation.

Under standard valuation methodologies typically used for later-stage firms, startups (particularly high-growth startups) are determined by tax authorities to be significantly overvalued, thereby forcing those startups to pay a significant (around 30 percent) tax on the valuation premium. While the angel tax policy is currently being reviewed by the government, with Piyush Goyal recently providing reassurance that legitimate startups would not have to pay the tax, it remains to be seen how soon this plays out on the ground for entrepreneurs.

Thoughts on how to move forward

With all this being considered, further marketing to ensure a wider reach as well as making policies even more startup-friendly are critical steps needed if the government is looking at making significant headway in turning India into one of the world’s largest startup ecosystems.

As the Startup India Status Report’s numbers show, there is still a huge runway for further impact. This could be due to a limited reach of existing policies. For one, there is a perception that policies only help tech companies. Many companies are innovating in non-technology-enabled spaces through innovative ways of providing new services. As an example, funding for intangible asset-based businesses, such as that of content creation, is a struggle for entrepreneurs to gather because of the lack of salvage value of the underlying product.

At the same time, OTT consumption is increasing, resulting in a surge in demand for content. Companies we spoke to in this category perceived startup policies as not being applicable to them. This is an example of a growing opportunity that entrepreneurs have not been able to take advantage of due to a lack of policy support. Further, marketing could help to this end—some startups we spoke to found out about certain funding schemes only after their deadlines had passed.

Non-startup policies could also be made more startup-friendly: as indicated before, GST filings place a huge burden. If there is some way to provide startups funding support or advisory support for GST filings (in a similar way to support for patent filings) or if there is a way to reduce the filing burden for early-stage companies, they could be big beneficiaries. Similarly, the angel tax remains one big unresolved issue that burdens entrepreneurs significantly.

Based on the Interim Budget, funding allocated to Startup India has been decreased—and while this is not a huge blow in itself, it remains an open question as to whether the government will enact policies to resolve some of the major issues startups are facing and walk the talk with its startup-friendly rhetoric. It is a critical time for the government to understand how to better serve the entrepreneurs driving economic growth in India with more empathetic policies in terms of furthering Startup India’s reach and crafting more reasonable approaches to tax collection on startups.