Sharing their experience of working with governments and industry, Techl33t founders say what it takes to scale 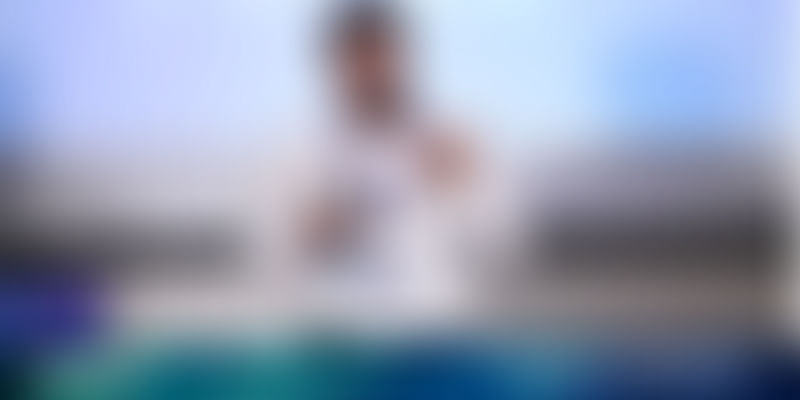 “It’s better to make a few people really happy than to make a lot of people semi-happy.”

Quoting Y Combinator co-founder Paul Graham on how to achieve retention, Suvradeep Saha, Co-founder of Techl33t, began the workshop on ‘How to Scale - Product features and Tech.’

Suvradeep and Naushad Vali, Co-Founder and CTO, Techl33t,  shared their success and failure stories and highlighted why startups must take a platform approach instead of a pipeline approach to achieve scale, growth and retention.

While Suvradeep focused on the product side of the problem statements, Naushad gave an overview of the technology side. The use cases shared included a device that the startup developed for a government-led project, a platform for the unorganised B2B logistics industry, among a few others

Here’s the video to the workshop

The three use cases illustrated the challenges and opportunities of developing solutions for ‘Bhaarat’. Talking about the failures while piloting the Government of West Bengal’s ‘Yatrik’ project, in which they were helping the government to implement an “Uber-like model” for private taxis in Kolkata. Suvradeep says, “Around 2015-2016, the smart phone usage among the taxi drivers in the city was low. Also, there was there was reluctance to use what was thought to be ‘fancy’ technology. We planned to design a simple device which had only two buttons, by which the taxi drivers could search and accept a booking. The consumers could book a cab using an app that was developed for the purpose. We did a pilot with about 2,500 cabs and found success. But, when we wanted to scale, we failed. Not, because there was something wrong with the technology solution, but because we had failed to factor in related challenges such as problems with the taxi drivers’ union, issues with payment, etc. We had designed a solution for a particular problem and had not looked at the opportunity and challenges holistically. This is one clear example which illustrates our learning of why startups should take a platform approach and not a pipeline approach while developing solutions. If scale and growth are pipeline-centric, there is no scale potential to that solution.”

Talking about how they found success while developing a platform to bring together the entire ecosystem consisting of truck drivers, fleet owners, transport agents, etc. He said, “When we developed the platform, we took into consideration not just the challenges related to each of them, but also their likes and dislikes. For instance, the transport agents love chaos. They function most efficiently in a chaotic environment. While we were doing our ground research we found that the agents often had 10 different mobile phones in front of them to stay connected. So, when we designed the dashboard, we made sure they had all the information they needed on one single screen. There was lot of information streaming from one single screen, but they loved it. On the other hand, we figured the drivers fall on the opposite end of the spectrum and dislike chaos the most. So we ensured that on their mobile app, the screen had minimal and only most important information, with just one button to share a response or confirmation. By enabling GPS tracking in the mobile, the drivers no longer had to continuously answer calls on their whereabouts of the vehicle, be it to the owners, the agent or the vendor.”

Naushad talked about the tech behind developing the platform which had data sources coming from different devices – smartphones, GPS -- and also the intricacies of scaling and managing data. The CTO then shared his experience of working closely with JustDial as it successfully transitioned its business to meet the demands of the evolving technology trends. “The search engine was once website-heavy and when social media became mainstream, we had to rewire our technology architecture. As technology-centric businesses, what we need to remember is that more often than not technology is not the solution, but only a medium. And, technology evolves. At one point it becomes the key to the solution, after a while it is possible that the very same technology loses relevance. So sometimes you need to change the entire technology infrastructure, sometimes you don’t. As a business, our solutions need to be accommodative and flexible to incorporate this understanding into our offering.”