When you and your friend both want the same promotion

Take this example: Suppose two colleagues, let’s call them Lata and Andres, have worked on the same team for over five years and are close friends. They’ve supported and coached each other whenever work challenges come up for one of them. They get together with their families on weekends. And they both cherish having a close friend who is also a colleague.

Recently, however, a point of tension came up for Lata and Andres. Their supervisor told Lata that they were both being considered for a major promotion and whoever received the job would end up managing the other. While both were excited about this possibility, they also felt uncomfortable. Their relationship had always been mutually supportive not competitive. And they both had good reason to want this promotion.

Lata’s aging parents had moved in with her family, so she’d recently bought a bigger house — and now had a large mortgage to pay off. For Andres, as a single parent with three children, this promotion would mean he would be doing more team management and less client-related travel, allowing him to spend more time with his kids.

After a grueling round of interviews, Lata was selected for the promotion. Andres felt disappointed. While he was happy for Lata, his self-esteem had taken a hit. His closest friend at work was now his manager, which meant a new awkwardness between them which inevitably impacted their ability to work together.

What do you do when a work friend and you are both up for a promotion — or in any other competitive scenario where one of you stands to “win” while the other stands to “lose”?

Remind yourself that this is just one of many promotions that will come up in your career trajectory. It’s easy to focus on the trees and not the forest and lose perspective — especially when you’re caught up in an emotional situation.

Brain-imaging research shows that, when you are stressed or anxious, reason and logic are negatively impacted. Taking a step back, gaining perspective and seeing things from a broader point of view can help. After all, how much better is it to have a manager who respects, likes, and understands you than a stranger who may not “get” you as well? Given research that shows that our heart health is directly linked to our relationship with our boss, having a leader you like and who likes you can be a huge advantage. A supervisor who appreciates and cares about you is likely to help support your career. For example, Andres knows Lata will always vouch for him.

Perspective will also help you realize that your friendship is probably more important to you than the promotion. Research shows that social connection is one of our greatest needs after food and shelter. We are happier and more engaged at work when we have positive social relationships with the people we work with (even more so than when we receive a large paycheck).

Loneliness, on the other hand, can harm both our psychological and physical health, as leading loneliness psychologist John Cacioppo, coauthor of Loneliness: Human Nature and the Need for Social Connection, has shown in his work. Friends at work lead to a host of benefits for us both personally and professionally, including higher performance and lower burnout rates. Rather than dwelling on his own unhappiness with the promotion outcome, Andres might remind himself of how delighted he is for Lata. That social connection is more beneficial for Lata than dwelling on what he’s lost.

Second, keep your feelings of self-worth in check

The outcome of the promotion selection is not a judgment on you. Promotions can often be arbitrary and subjective. It’s not always about who is better for the job. For example, research shows that people get ahead at work due to relationships more than technical skills. We all know that “politics” almost always plays a role in these sorts of decisions as well. In the West, we mistakenly overemphasize situations as being about us.

As pioneering cultural psychologist Hazel Markus has written about in her book Clash!: How to Thrive in a Multicultural World, if you’re from an individualist country like the U.S. or many European countries, you (erroneously) tend to think that you are solely responsible for your successes or your failures. People from collectivistic cultures like East Asian countries have a more holistic view: understanding that whether or not you win has to do with many more things than your own merit. The decision to promote (or not promote) you may have little to do with your actual skill, and more with factors outside of your control.

Third, communication and planning are key

Talk to your friend about the situation to diffuse the tension. Discuss your discomfort. Share your determination not to let this work situation impact your friendship. Andres and Lata would benefit from discussing what they would like their work relationship to look like and how to make sure the imbalance of power doesn’t impact their personal relationship. Even before a decision is made, it would help both Andres and Lata to think through the possible outcomes and how they would maintain their friendship.

The upsides of having friends at work are undeniable. But, of course, there are tricky situations to navigate. The key is to use your emotional intelligence to make sure you — and your friendships — can survive despite what happens in the organization.

This article was first published on www.hbrascend.org. HBR Ascend is a digital learning companion for graduating students and early career professionals. 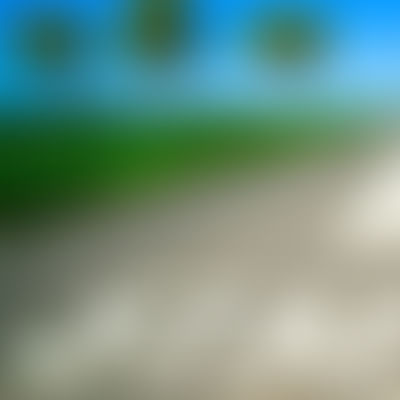