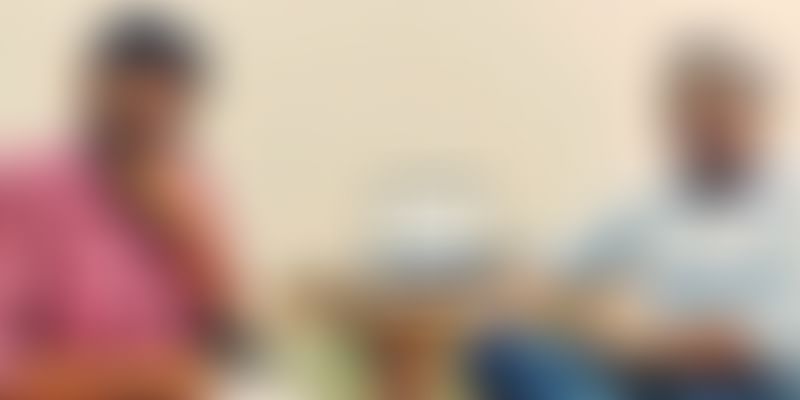 ‘Ayurveda’ is a catchphrase in a post-Patanjali world. While most Indian households have traditionally believed in the power of natural ingredients, the mass adoption of Ayurvedic products was triggered by Baba Ramdev’s indigenous venture, which disrupted the domestic FMCG industry. So much so that it even led a market leader like HUL to launch its own “natural” variants of shampoos, fairness creams, etc. According to industry estimates, about 77 percent of Indian households used Ayurvedic products in 2017.

It’s not just big corporations; the Ayurveda bug has bitten India’s startup ecosystem as well, with a bunch of herbal and natural brands mushrooming in the space of beauty and personal care, food and nutrition, and health and wellness. Mumbai-based AADAR is one such startup.

Founded by IIT-B alumnus, Aadil Shah (who had earlier started Manch, an edtech venture he sold to Toppr in 2016), AADAR operates in the “Ayurveda-inspired” preventive healthcare space, and offers herb-based products to curb lifestyle ailments such as protein deficiencies, blood sugar, indigestion, cholesterol, and obesity. Going ahead, the startup plans to expand into health supplements, menstrual wellness, and skincare products too.

AADAR began operations in April 2018 after several months of product sampling by Founder-CEO Aadil in his hometown of Ahmedabad. “There’s a personal story to this,” he says. “It started in late 2017 when I was misdiagnosed with a heart attack. It psyched me out and I went back to Ahmedabad where my family members force-introduced me to natural remedies. Until then, I never believed that these things could work. But that is when I discovered the essence of Ayurveda,” Aadil tells YourStory.

As it often happens, intense personal experiences have the power to alter the course of life. Aadil not only started seeing Ayurveda in a new light, but also believed that Ayurveda-based healthcare was an exciting business proposition.

By the end of 2017, he started testing herb-based formulations with old age homes and charitable hospitals in Ahmedabad. “These formulations were introduced to us by a distant family member. We tested with a 100 people, and the response was great. These places called us and asked for a new batch,” he reveals. To understand the measurable impact of the formulations, he got the hospitals to share reports of their patients. He says,

“The feedback made me believe that there was some uniqueness in the products. We also consulted some Ayurveda experts."

Soon after, Aadil returned to Mumbai, got an IIT-B researcher to patent his formulations, secured a manufacturing tie-up, and applied for an FDA licence. AADAR finally launched in April in Mumbai and Ahmedabad, in association with 15-20 doctors and retailers.

In June, it started selling on Amazon.in (which now accounts for over 85 percent of its sales), and later, on Flipkart, Netmeds, and Seniority. The same month, Aadil was joined by fellow IIT-B alumnus and former investment banker Pratul Mangal as co-founder.

Since then, there’s been no looking back.

Also Read: How Bengaluru-based AyurUniverse is working to put Ayurveda destinations on the global wellness map

Operations and scaling up

AADAR claims it has hit a GMV of $15,000 in less than a year, with monthly revenues growing at 40 percent. Every month, over 600 orders are placed and 1,200 units are sold. The startup counts 3,000 “unique customers” with 30 percent repeat orders. Gross margins have grown 70 percent too. Its digestive product (RE-LAX Digestive Wellness) has been the bestselling one so far. The YUVA-FIT Daily Fitness and JEEVANI Sugar Control tablets are popular too.

But, what is spurring the demand for preventive healthcare products?

“Close to 40 percent of the world’s population suffers from one or more chronic illnesses. One in every five Indian is at risk. Overall, Indians spend about $7 billion treating these conditions and are on track to spend $12 billion by 2023. We are targeting these consumers in the 25-45 age group through digital channels. They are the most needy when it comes to preventive healthcare because they are busy and have bad lifestyles.”

“Our products are natural alternatives with no side effects and can help them avoid lifestyle conditions,” he adds.

AADAR founder admits that being a part of Amazon Launchpad has helped the brand and given it the required “bandwidth and muscle”. “With Launchpad, you get a brand store page where you can talk about your products; you get ads, optimisation, and increased visibility. There are services of a dedicated account manager too. Most of our sales come from Amazon now,” he says.

While the current focus is on selling digitally, the startup is in talks with various strategic partners for over-the-counter (OTC) availability. It also plans to target online distributor apps which do business directly with pharmacies. Aadil says,

“We want to first build the brand through digital channels, and then focus on modern retail and general trade.”

By the end of 2019, AADAR plans to have about 15-20 SKUs for different functions. The startup is in the process of raising $200,000, for which it has a "commitment of upto 30 percent from various angels".

Also Read: These startups are using AI to make healthcare convenient and low-cost

India is inundated with Ayurveda goods. PwC estimates the domestic market for Ayurvedic products to grow 3X to $8 billion by 2022. Hence, “building a differentiation is the biggest challenge”, Aadil says. “We have to establish the product in terms of its competitive edge and build trust,” he adds.

Of course, AADAR is not the only name in the Ayurveda-based preventive healthcare space. There are brands like Dr Vaidya's, Setu, Kapiva Ayurveda, Surya Herbal, and more. Additionally, mass brands like Dabur, Emami, and Himalaya, compete with AADAR in certain segments. And, there’s Patanjali, which is currently India’s third-largest FMCG company (after HUL and ITC).

“But, Patanjali is a mass brand whereas we’re trying to create a digital brand targeted at fast-moving millennials,” Aadil says. “We’re aiming to be a product that will be their caregiver in the absence of family members.”