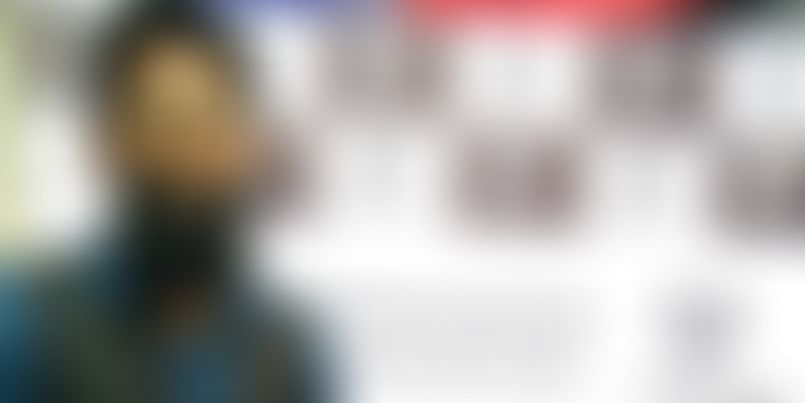 Launched by Saneen Javali in November 2016 on crowd-funding platform Fueladream, Bengaluru-based Emirate Fashions has created an online niche with a range of functional, affordable, and fashionable multi-utility jackets.

Imagine a jacket that is as weightless as a feather but has 20 pockets, is fan-cooled, and waterproof, and can be carried in a pouch. Impossible, right? Well, that is what VERSATYL jackets, produced by Bengaluru-based Emirate Fashions, are.

Designed by Bengaluru-based Saneen Javali, the VERSATYL jacket has been recognised by the India Book of World Records and World Record India as the world’s lightest jacket.

Launched in November 2016 by Saneen on crowd-funding platform Fueladream, the story behind VERSATYL is as interesting as the product itself.

Saneen was working as a computer engineer at IBM when he decided to pursue his life-long dream of being an entrepreneur. With just Rs 2 lakh in hand, he partnered with a friend who had a garment manufacturing unit in RT Nagar, Bengaluru. The two launched Emirates Fashion in 2010. A year later, the friend moved out of the company, and Saneen continued with a small team of five.

He recollects, “I was just following the traditional way of doing business with no particular business strategy or market analysis. For the first few years, we were manufacturing and supplying all kinds of jackets, uniforms, and bottoms to many of our clients. But Emirate Fashions could not rely on supplying for major brands alone because of delayed payment issues.”

Deciding to build something that stood out, Saneen started researching new patterns and designs for jackets. Soon, he came across a unique jacket SCOTTeVEST, which cost $250, by an American brand specialising in multi-pocket clothing for travellers. Saneen decided to do something similar in India with his own design. To reach a larger audience, he wanted to make it available at an affordable price.

He recounts, “I finalised the first design at 1.30 am that day itself. Next morning, I sat with my pattern master and sample maker, and the jacket prototype was ready.”

Customers started pre-booking the product on Fueladream. In fact, Saneen claims that VERSATYL is India’s most crowdfunded apparel brand, having raised over Rs 70 lakh through crowdfunding campaigns.

VERSATYL jackets aim to be functional, affordable, and fashionable. Their first design, VERSATYL Travel, is the "world’s first multi-utility jacket" with 18 pockets and 29 features. Saneen says within just two hours of the launch, the team received 100 pre-orders. He adds that they raised over Rs 50 lakh in the next six months with over 3,000 pre-orders. There has been no looking back since.  “Never in my wildest imagination did I expect this success,” Saneen tells YourStory.

The second design was launched in April 2017 - a 100 percent waterproof bomber jacket with 20 pockets and 32 features, including safety deflectors.

VERSATYL's third product was aptly named ‘Feather’ as it weighs only 179gms.

Saneen claims that it has been an Amazon’s bestseller in the "jacket" category for the last eight months. This was followed by a fan-cooled jacket that has 10 pockets and 20 features, and a reversible sleeveless jacket with 11 invisible pockets and RFID protection.

Although brands like Adidas and Wildcraft also provide light-weight jackets, VERSATYL stands out with its unique features. Saneen says that he is hoping to give his brand an international appeal.

Saneen adds that they launch at least one new product every month.

Saneen says, “We are not that focused on our own website because we get a lot of traffic from Amazon and Flipkart. It’s a bit difficult to drive traffic to our own website and convert it into sales. But we use all kinds of online advertising platforms to reach our customers.”

VERSATYL claims to sell over 20,000 units a month across these online marketplaces and via a few offline retail stores across the country. Its products cost between Rs 249 and Rs 2,699, with an average price of Rs 650. Altogether, the company has sold over 3 lakh units so far. Saneen claims that VERSATYL is growing 100 percent monthly.

Across operations, marketing, online operations, production, manufacturing, packaging and logistics, over 60 people are working in Emirate Fashions now. They also outsource work to some factories in Bengaluru and Tirupur.

VERSATYL plans to expand and employ over 200 people in the next two years, and has also started working on a franchise model. “We expect at least 10 retail stores in India and abroad by 2020,” Saneen says.

Rather than targeting specific numbers, VERSATYL is focusing on innovation, cashflow management, marketing, and employment generation.

For VERSATYL, building a big brand is priority rather than profit. “We pass on this benefit by providing low prices to our customers. Hence our sales are growing, with a profit margin of 8-10 percent. We will close over Rs 6 crore in revenue this fiscal,” Saneen says.