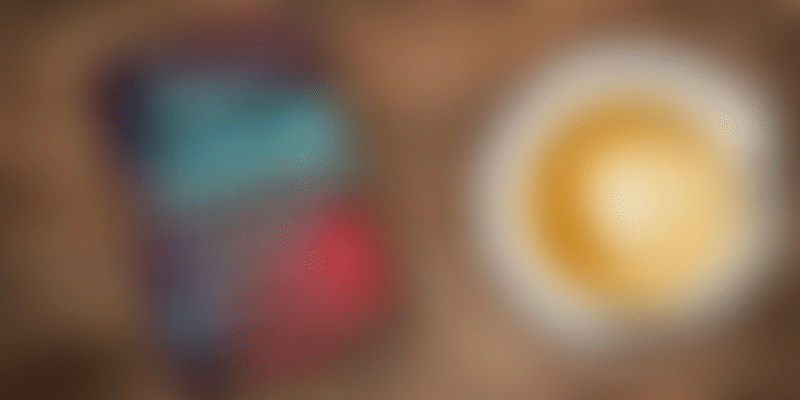 The rise of AI, marketplaces, and mass co-creation is driving a new wave of innovation, particularly as these trends converge. This book provides frameworks and case studies of disruptive innovation in action.

The “triple revolution” of machine, platform, and crowd is creating new opportunities for startups and tech giants. It is also forcing traditional incumbents into new models of co-creation to avoid getting disrupted, according to the book Machine, Platform, Crowd: Harnessing Our Digital Future, by Andrew McAfee and Erik Brynjolfsson.

“Because of recent technological changes, companies need to rethink the balance between minds and machines, between products and platforms, and between the core and the crowd,” the authors begin.

“For the first time in human history, a near-majority of the world’s adults is now connected with each other digitally, and with a large chunk of the world’s accumulated knowledge,” they add. People can also add to this knowledge themselves, and transact with one another, thanks to ubiquitous smartphones.

The authors explain that the earlier transition from steam to electric power led not only to savings, but re-design of factories and habitats. Through successive waves of technology change, companies that could not compete on price, speed, agility, and innovation were rendered obsolete. “But in chaos lies opportunity,” the authors explain.

The book is well written and thoroughly referenced. The 13 chapters are spread across 400 pages, and each chapter ends with a provocative list of questions for business leaders and innovators.

Here are my key takeaways from the book, and my overview in Table 1 (below). See also my reviews of the related books The AI Advantage, The Subscription Economy, The Four, The Inevitable, The Industries of the Future, and Peers Inc.

The wave of business process engineering via enterprise IT in the 1990s, followed by mass internet adoption, led to the acceptance that humans are better suited at judgment, social interactions, and decision making, while machines are better at routine work. But machines are now going beyond routine work to more challenging and creative work like diagnosis of disease, winning games, conversational interactions, designing objects, and composing music.

Daniel Kahenman, one of the pioneers of behavioral economics, explains that humans have two modes of thinking: one is automatic, fast, and based on intuition, while the second is slow, conscious, and based on complex computations. Together, they require formal education as well as immersion and exposure in the field.

However, intuition can be buggy and biased, and we ourselves don’t have good insights about our intuition. Jonathan Haidt argues that judgment and justification are separate; judgment is almost instantaneous, and is then justified through rational and plausible language (confabulation).

The authors trace how the field of AI split into two camps: symbolic AI (based on rules and heuristics) and machine learning (based on statistical pattern recognition). But humans are not always good in fully explaining what they know or how they do things. “We know more than we can tell,” according to Michael Polyani. Therefore, symbolic AI has limitations in executing tasks the way humans do, if humans themselves cannot properly articulate the heuristics or critical knowledge that they use in executing these tasks.

A number of activities and fields have been transformed by automatic decision-making, such as credit scoring based on big data, or recommendation engines on ecommerce sites. Examples of mind-machine partnership include Google’s structured and standardised interviews to overcome confirmation bias of interviewers. The authors advise an approach based on diversity of perspectives along with iterative experimentation to find the right mix of human and machine involvement.

Challenges can arise, however, in detecting embedded but unintended biases. Human intervention is needed to provide common-sense checks and over-ride machine-made decisions, eg. Uber over-riding surge pricing in the aftermath of the terror attacks in Paris. Once detected, machine bias can be corrected, but it is a lot harder to get humans to acknowledge and overcome their own bias, the authors argue.

The data explosion can feed effectively into ML; cloud computing and APIs have opened up AI research to smaller organisations as well. While “narrow” AI has experienced success with pattern-matching in specific domains, “artificial general intelligence” (defined by Shane Legg of DeepMind) to solve a variety of unanticipated problems is still a long way off.

“Neural networks have had their best successes with supervised learning, where the learning examples are tagged. But they have made little progress with unsupervised learning, which is the main way humans learn about the world,” the authors explain. AI has a long way to go in terms of understanding the human condition or consciousness, and humans will continue to dominate tasks that require empathy, leadership, teamwork, and coaching.

In the field of robotics, we are witnessing a “Cambrian explosion” of experiments, according to Gill Pratt, CEO of the Toyota Research Institute. Robots are particularly suited for tasks that are dull, dirty, dangerous, and expensive. Examples abound in construction (Komatsu and drone startup SkyCatch), oil rigs (Sky Futures’ drones), mining (Rio Tinto), dairy milking (Denmark, Netherlands), and agriculture (crop spraying in Japan).

3D printing is another innovation that is making experimentation and customisation inexpensive for engineers, hobbyists, students and entrepreneurs, eg. metal ally molds by DTM. The combination of generative-design software and 3D printing has been used by Autodesk to design new models of race car chassis that resemble nature’s skeletons, and even have asymmetrical elements built into them. The Shanghai Tower’s shape and structure are computer-generated.

The economics of “free, perfect, and instant” digital content is a property of information goods and network effects in the online world. The authors define a platform as a “digital environment characterised by near-zero marginal cost of access, reproduction, and distribution.”

Platforms can be stacked on top of other platforms, leading to combinatorial innovation, for example, marketplaces on top of the World Wide Web, which itself is built on top of internet protocols. Digitisation enables bundling and unbundling of content such as music, which can then be distributed in units or streamed as a flow through iTunes, Spotify, and the like. This in turn affects the economics of subscription models and consumer psychology about spending.

The combination of a large volume of a variety of apps (some free, some paid) has led to the “big nudge” to attract customers, thus delivering value to consumers, developers, device manufacturers, and platforms. Business models via apps are based on ads, freemium pricing, customer service, public service, complementary goods, and product pairing. Successful platforms work obsessively on user interface and overall user experience, and mine data to understand, predict, and shape user behaviour.

As platforms become powerful and influential via curation, they can also pose a challenge to the brands on their platform, and force hard choices on them, the authors caution. Some players, therefore, may choose not to list on platforms in their sector.

Challenges in the O2O (online to offline) model lie in managing finite capacity and perishable inventory of “the world of atoms”, or physical spaces and objects. Platforms can offer revenue management solutions in this regard, but tensions and conflicts of interest can arise in alignment between platforms and offline venues, as experienced by Payal Kadakia’s ClassPass.

Platforms play an important role in reducing “information asymmetries” in the market, thus improving confidence and reputations in multi-sided marketplaces. The platforms need to be not just fast and frictionless, but also need to “design for trust” (in the words of Airbnb co-founder Joe Gebbia).

Product companies can withstand the platform onslaught if they have durable differentiation, eg. Airbnb may not affect business conference bookings in hotels. Procurement in the defence sector and curation of large art events may also carry on as in the past, the authors explain.

The “core” or traditional sources of expertise is usually centralised and controlled, eg. libraries, corporate R&D. The “crowd” is more decentralised, undirected and uncontrolled, but curation models can help the core work with the crowd. There are limits to such human curation, as shown in the demise of Yahoo and the rise of Google with respect to online content.

The work of economists like Friedrich Hayek shows that “emergent systems” like markets are the result of interaction of all members, and cannot be observed by looking at just a few. Top-down planning and over-centralisation, therefore, have limits when applied to the crowd.

Examples of successful crowd products like Linux are the result of playbook rules such as openness, non-credentialism, verifiable and reversible contributions, clear outcomes, and “geeky leadership”. These principles have helped maintain the ideals, culture, and momentum of Linux.

In contrast, Wikipedia’s earlier incarnation, Nupedia, did not take off – it was based on selecting experts and lead reviewers in a top-down seven-step process. The successful model instead was based on principles like verifiability of reliable sources.

In an era of rapid change and multi-disciplinary collaboration, it is hard for the traditional core of experts to keep up with the latest knowledge and insights from around the world. An increase in the volume and diversity of problem-solvers leads to faster and easier solutions. “The crowd has become a demonstrably viable and valuable resource,” the authors emphasise. “The crowd will only become bigger, smarter, and more multi-voiced,” they add.

“The crowd can now accomplish a lot without ever needing much of a core. Technology helps people find knowledge, interact productively, and build things together with only minimal centralisation,” the authors explain. They cite 3D printed artificial hands as an example.

“Established companies are finding novel ways to work with the crowd. At the same time, crowd-based startups are now challenging many successful incumbent companies at their activities,” the authors caution. They cite Indiegogo’s Enterprise Crowdfunding and Quantopian’s algo trader communities as examples in this regard.

One chapter deals with the promise and challenges of bitcoin and Blockchain. These are examples of “solutionism”, or the belief that tough problems can be solved with a combination of technology and entrepreneurship. Blockchain proponents hope they can solve the problems of power concentration in large companies in developed economies, and weak governance in emerging economies.

Blockchain implementations have emerged in the University of Nicosia (sharing certified student transcripts), tracking conflict diamonds (Everledger), anti-fraud shoe tags (Greats Beastmode), and cheese trading (Ornua). Smart contracts (a term coined by Nick Szabo) not only document the terms of the contract, but also execute them, eg. payment of royalties to authors.

Though technology changes are spurring the power of the crowd and reducing the costs of production and coordination, companies will continue to be part of the landscape for a long time. The authors explain that leaders will continue to be needed for setting vision and strategy, shaping culture and values, and forming effective teams.

The authors caution that a key challenge to overcome in this world of triple revolutions is “status quo bias” or the “curse of knowledge” from which prior success was built up. This mindset can prevent incumbent players from seeing the power of emerging trends, visualising their impact, or acting on a new strategy that may involve cannibalising current offerings.

The authors explain that interestingly, even Steve Jobs was against letting external developers create iPhone apps in the early days. Apple’s board eventually convinced him to open up the platform to a variety of external apps at varying price points, but with control via curation.

“As the power of our technologies grows, so do our future possibilities. This potential increases the importance of having clarity in our goals and thinking more deeply about our values,” the authors sign off.

Also read: 'Creative thinking is your birthright' - success tips for creativity in a world of ideas