Meet Tomotaka Goji of Japanese deep tech fund UTEC, who is on a mission to help startups go public 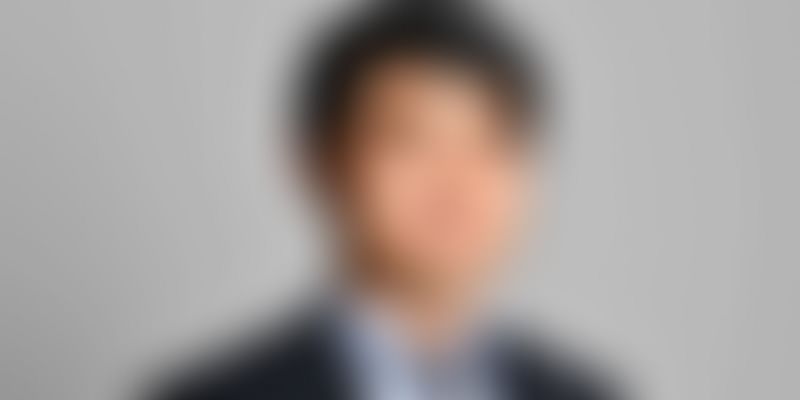 YourStory catches up with Tomotaka Goji, Managing Partner of University of Tokyo Edge Capital (UTEC), which invests in deep science and deep tech startups worldwide. His strategy is to be proactively involved in startups' business planning, intellectual property arrangement, and governance.

In the venture capital industry, the journey of Tomotaka Goji is like that of a global explorer, who went from being a “nobody” in the investment space – a theoretical investor and law-maker – to finding entrepreneurs that could turn research into gold. At present the Managing Partner of the University of Tokyo Edge Capital (UTEC), he is in search of entrepreneurs who can transform their ideas and startups into global money spinners. One look at its portfolio shows that UTEC provides unbridled support to entrepreneurs creating solutions at the intersection of science and technology.

The sector is hardly an investor favourite, possibly because investors know that investments in deep tech can either bring great returns, or nothing at all. Further, investments in this sector require patience and a longer runway than popular sectors like consumer internet.

“It took me nine years to get a return on my first fund. This tells you that investing is not that easy,” Goji San chuckles.

Between 2004 and 2014, UTEC raised $510 million across four funds, invested in 96 companies, and saw one of its portfolio companies – Peptidream – go public and achieve a market cap of $6 billion. Since then, it has had three companies go public, while another five were acquired by the likes of internet giants Baidu, Yahoo!, and Google. The company was the lead investor in all four funds, except the first one, where it was a lead investor in only 44 percent of the 34 deals in its portfolio.

“They are a great Tier I VC looking at investing outside of Japan, and in deep science,” says Anand Anandkumar, CEO and Co-founder of Bugworks Research in Bengaluru. UTEC invested in BugWorks after taking into consideration the background of the founders (a combination of deep science and technology) among other things. “They loved the fact that we were trying to solve a problem, which is fighting superbugs, and that this problem has not been solved for 50 years now,” Anand says.

UTEC has invested in one more startup, Tricog, which provides AI-driven instant diagnosis for heart conditions. Goji San is looking for many more such companies. “India has very good technical skills, and UTEC can help foster the deep tech startup ecosystem in India,” he says.

A fan of football and Kendo (Japanese style fencing), Goji San says he is savouring every moment spent in India. In Bengaluru, he was busy meeting founders of biotech startups at the Centre for Cellular and Molecular Platforms (C-CAMP), industry stalwarts, and everyone in between. UTEC also has a partnership with early-stage investor Blume Ventures. Goji San met Sanjay Nath and Karthik Reddy, Co-founders of Blume Ventures, at a conference in Hong Kong and their friendship bloomed in a partnership to help foster deep tech companies.

"Almost all Indian VCs invest heavily in consumer internet. A few increasingly are also looking at B2B but thats often restricted to SaaS/Enterprise software. However, from our inception, we've always liked 'core tech' as a key investment thesis area. With this shared investment philosophy around deep tech (or hard tech) innovation continuing into our new Blume III, there was a direct and natural fit with UTEC's own investment strategy and theses areas," Sanjay Nath says.

The bureaucrat who became an investor

Not many investors can trace their careers back to being bureaucrats. Right after college, in the early 1990s, Goji San joined the Japanese government in the Ministry of International Trade and Industry (MITI), now renamed METI (Ministry of Economy, Trade and Industry). While there, he literally, and figuratively, wrote the book on venture capital investment in Japan.

“I was interested in policymaking for businesses. My first accomplishment there was co-authoring The Limited Partnership Act for Venture Capital Investment, which became the basis for venture capital funds established after 1998 in Japan. Back then, I aspired to create venture ecosystems by utilising innovative technologies in Japan to parallel established industries, some of which were becoming obsolete,” he reminisces.

Early on, he realised that most VC funds paid little attention to seed/early-stage companies, and instead focused on mid/late-stage ones.

As luck would have it, Goji San was sponsored by the government to pursue an MBA at Stanford in the US between 2001 and 2003. There, he learnt more about startups and venture capital work in entrepreneurial ecosystems. “This led me to aspire to execute something to realise such an entrepreneurial ecosystem in Japan. When I came back to Japan after my MBA in 2003, the Japanese government was trying to reform national university systems to let them be more independent of the government,” Goji San says.

In November 2003, he got the opportunity to get to know the management of the prestigious University of Tokyo. The university was then thinking of creating a venture ecosystem that tapped its scientific, technological, and intellectual properties. For Goji San, this was the opportunity to help early-stage ideas become IPO-ready and transform into great businesses.

The following month, he began to prepare to set up UTEC, and work out the management structure between the University of Tokyo and UTEC.

UTEC officially started in April 2004. At the time, Goji San had no experience as an investor. But, with the University of Tokyo behind him, he and his small team became explorers or scouts of startups in deep tech/life sciences, IT, physical sciences, and engineering.

“The first thing we had to do was raise funds based on the law that I drafted as a venture capitalist with a bureaucratic background, and with no money. We knocked on the doors of every single potential investor, almost 140 institutions, talking to all possible financial institutions, real estate companies, manufacturers, and government agencies,” Goji San says.

Some bought the idea of taking research and early-stage companies, and making them ready to go public. As luck would have it, a handful of investors did back Goji San’s idea. Their first fund, the $80 million UTEC-1, was ready in five months and counted commercial banks, securities companies, an insurance company, a real estate company, and a government investment arm among its limited partners (LP)s.

His plan sounds simple enough now, but nobody had thought of it at the time. The idea: the key strategy for the success of venture capital in scientific/deep tech startups is to be proactively involved with your portfolio companies in their business planning, intellectual property arrangement, team building, and governance.

“This is what I learned from UTEC-1, which has been the basis for all four UTEC funds over the last 15 years,” Goji San says.

The first successful investment of UTEC–1 was immunology startup Tella, which was trying to cure and prevent cancer. Tella was founded by Dr Yuichiro Yazaki, who was with the Medical Research Institute of the University of Tokyo. UTEC invested in the company in January 2005, and Goji San went ahead with his strategy of providing them with proactive guidance.

Tella went public in March 2009, when the global economy and the Nikkei were yet to recover from the global financial meltdown after Lehmann and Bear Stearns filed for bankruptcy. Unbelievably, Tella’s stock did well, with its market cap climbing to $200 million. This, then, became the basis on which the second fund - UTEC 2 Limited Partnership - was launched.

Quick learnings from each fund

The largest success from this portfolio was Peptidream, a peptide-based drug discovery platform company with a current market cap of $6 billion at the Tokyo Stock Exchange. Peptidream has partnered with approximately 20 big global pharmaceutical companies. “Right after we came to know of the invention in 2005, we introduced various potential CEOs to the company to build a good management team, prior to incorporation. After the inventor and the team organised themselves, UTEC eventually invested in the company in 2008. The company went public in 2013."

Lesson learned: “Once you recognise deep scientific/technological seeds that could lead to profound innovation, take your time until you build good management,” Goji San says.

Compared to UTEC1, the UTEC team tripled its investment amount per company. The fund consciously focused on less than a dozen startups, primarily on select companies right from their seed stage with intensive involvement. As a result, the UTEC team realised they were taking bolder decisions while helping founders. They also realised that they would either face losses or make big wins. It was around this time that they began investing globally, and mostly bet on US startups as well as a Japanese startup with an American co-founder.

UTEC began investing in several middle-stage portfolio companies and expanded into more mid/later stages. It was a step away from its earlier investments where it would bet on existing portfolio companies. One portfolio company, Autonomous Control System Laboratory (ACSL), eventually listed on the Tokyo Stock Exchange, and was among the first drone startups in the world to go public.

Lesson learned: “Here we brought in a strong management and capable CTOs to the scientific founder, right after our investment, and this worked for many companies,” Goji San says.

UTEC will partner with India- and Singapore-based companies to invest in startups. When it comes to the learning and the criteria so far, UTEC will look to transfer the following ethos to its portfolio companies:

“By solving or alleviating these issues with the use of deep science and deep tech (technologies such as robotics, IoT, healthcare and/or life sciences), which could be applied globally, we could create growing markets that address humankind issues,” Goji San says.

He also cites the immense responsibility on the shoulders of entrepreneurs. “The world is being divided by political and diplomatic conflicts. Innovations by deep tech startups, however, could unite the minds of people all over the world, by solving issues facing humankind globally,” he says.

Also read: The Japanese may be cautious, but they're betting big on India