The man who grew Google's business in India is leaving after eight years to focus on startup investments. Here's what lies ahead of him in his new role.

Rajan Anandan, VP for Google South East Asia and India, is leaving the company after eight years. His term ends in April, Google said in a statement. In a separate note on LinkedIn this afternoon, Shailendra Singh, MD of Sequoia Capital, announced that Rajan would be joining the firm's India leadership team.

He wrote, "We are thrilled to welcome Rajan Anandan to Sequoia Capital India as a Managing Director. He will join the leadership team at the firm, in addition to the six current Managing Directors, where he will focus on developing Surge into the world’s top scale-up program for startups by acting as an investment advisor and mentor to the program’s founders."

We're thrilled to welcome @RajanAnandan to the leadership team @sequoia_India as investment advisor & mentor to the @_surgeahead founders. Rajan's depth of experience & expertise will be invaluable in this journey!https://t.co/jgxC8uu8HP

Meanwhile, at Google, Vikas Agnihotri, Country Director, Sales - Google India, will take over as the interim head until the tech corporation finds a new MD.

Announcing his departure in a letter to Google employees, Rajan wrote,

"There are two things that excite me more than anything else: the power of technology and the power of ambitious entrepreneurs, to solve for humanity’s big problems. Google has given me the opportunity to be at the centre of both of these. In this next phase of my life I want to focus full time on the latter — investing in promising early stage technology startups across India and Southeast Asia."

Rajan joined Google in 2010, and is largely credited with growing its business in India, and making it deeply entrenched in the country's internet ecosystem. Prior to his stint at Google, he served as the MD of Microsoft India and the VP of Dell India. He was a partner at consulting firm McKinsey before that. Rajan is also the Co-founder of Blue Ocean Ventures, the first seed fund in Sri Lanka (his birthplace).

An active investor in early stage tech startups, Rajan is a part of the Indian Angel Network. His portfolio companies include Dunzo, Buttercups, Instamojo, WebEngage, LetsVenture, SocialCops, Maya, and 50 others.

He also serves as the Chairman of the Internet and Mobile Association of India (IAMAI), and the President of TiE Delhi-NCR chapter.

"Rajan’s deep understanding of technology, significant operating expertise and track record of growing tech businesses across the region will help Surge founders scale and build the transformational businesses of tomorrow."

Confirming his exit, Google Asia-Pacific President Scott Beaumont said in a statement, “We are grateful to Rajan for his huge contribution to Google over the past eight years. His entrepreneurial zeal and leadership have helped grow the overall internet ecosystem in India and Southeast Asia, and we wish him all the best in his new adventures."

Also Read: Meet some of this year’s most active angel investors in Indian startups 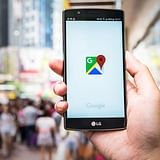