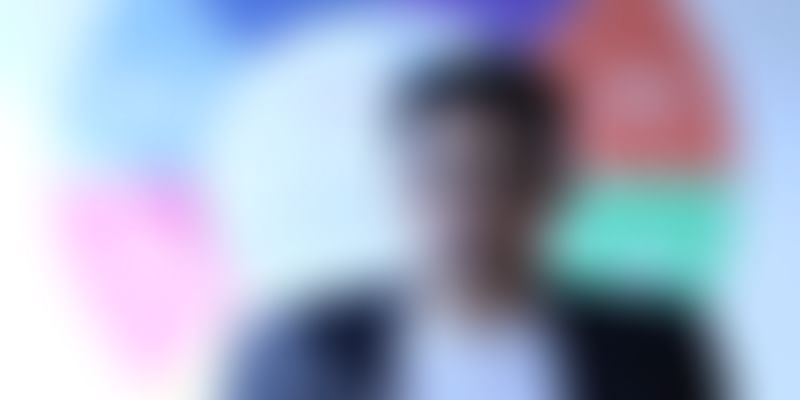 The Bengaluru-based startup has been riding India’s growing refurbished smartphones sector by tapping into both businesses and consumers, especially in smaller towns.

Have you ever sold or exchanged an old phone? Or bought a refurbished one? If yes, then you are a part of the $23 billion global industry that is estimated to surpass $52.7 billion by 2022, according to IDC. The used phones market is actually growing 4-5x faster than the overall smartphone market. In India, there is a huge unmet demand for pre-owned smartphones, making it one of the fastest-growing markets for refurbished handsets in the world.

Riding this ‘reverse commerce’ or recommerce wave is Bengaluru-based Budli.in, an online marketplace where you can buy and sell electronic gadgets - smartphones, laptops, and tablets. “We deal mainly in smartphones,” Budli.in Founder and CEO Rohit Bagaria tells YourStory.

“India has a huge smartphone divide. Out of a billion-plus mobile users, only 350-million odd have smartphones. There is a massive shift that will happen from feature to smartphones in coming years. And we believe the refurbished market will also take a substantial share of this growth,” he explains.

Budli.in (meaning ‘change’ in Hindi) started in 2015 with a mission to provide technology access to 100 million people through recommerce. It tried to bridge the divide between India’s smartphone haves and have-nots.

Since its launch, the company has grown to 350,000 registered users, partnered with a 1,000+ offline retailers and ecommerce platforms, and reached 25,000 pincodes. It has also worked with some of India’s most prominent unicorns, including Flipkart, Swiggy, Zomato, Ola, and BigBasket.

Without divulging specifics, Rohit says the platform has been “doubling revenue and transactions in the last two years”. Most of its growth is coming from smartphones, which account for 80-85 percent of Budli.in’s transactions. He reveals,

Bootstrapped so far, Budli.in claims to be profitable and “self-sustainable”. Even its offline retail partners are “doubling margins” on refurbished devices and have improved cash flows, says the founder.

Growing through an omnichannel strategy

Unlike most of its C2C peers, namely OLX and Quikr, Budli.in is both a C2B (like Cashify, InstaCash, and Amazon, which accepts old phones under exchange offers) and B2B platform. It buys back used gadgets from consumers and businesses, which require mass disposal of old phones or laptops.

Budli.in refurbishes them, puts them through a quality test, and resells them with a six-month warranty. Selling happens online through its own website as well as offline channels like local retailers and small mobile shops.

There is also a third business vertical: B2B selling to startups and other companies. “We introduced this vertical about a year ago, but it is the fastest-growing right now,” Rohit shares.

“We are already working with about 100 startups. Companies like Zomato, Swiggy, and Ola/Uber require smartphones in bulk for their delivery and driver partners. It is their single biggest requirement, and we can offer them cost savings of up to 66 percent on refurbished devices compared to new or rented ones.”

Earlier, these companies were forced to source from the grey market or untrusted offline retailers because reselling was - and still is - a largely unorganised sector. Rohit says, “The refurbished devices market is so fragmented right now that no single player holds even one percent share.”

The sector is plagued by lack of proper selection, inconsistent pricing, stolen devices, etc. Budli.in is trying to organise the space with convenience, cost-effectiveness, trust, and quality assurance. “All gadgets go through our 25-point quality check to ensure the best value for customers,” Rohit says.

Also read: Our smartphones are changing: six trends that defined 2018

Opportunity in the refurbished market

IDC says an average smartphone goes through three change of hands before it is retired. Of all electronic gadgets, phones have the shortest upgrade cycle. In India, it stands at 15 months now, sometimes even lower in urban areas where users have higher disposable incomes.

But, tens of millions of buyers, particularly in smaller towns, are opting for refurbished phones from premium brands ahead of new unbranded devices or those from lesser known brands.

Rohit says, “The smaller towns are a huge growth area for us because of the sheer demand and market size. It has just taken off in the last 1-2 years.”

The numbers back him up.

In 2017, around 12 million refurbished smartphones were sold in India, according to Counterpoint Research. In volume, the segment grew 25 percent in India compared to the global average of 13 percent. In 2018, Apple and Samsung (premium models) accounted for 35 percent of India’s overall refurbished phone sales.

On Amazon India alone, the refurbished smartphones category grew 400 percent year-on-year. On OLX, a record 1.4 million pre-owned smartphones were listed in September 2018. About eight crore pre-owned phones were either upgraded, exchanged, or sold for cash in the country last year, says an InstaCash estimate.

Hence, opportunities abound. “The used phones market would be close to $10 billion in India. A billion-dollar company will come out of here in the next three years,” Rohit reckons.

At least, trends in gadget recommerce seem to suggest that.

The dropping prices of smartphones coupled with deep discounts offered by online sellers is leading savvy urban Indians to upgrade nearly every year. This is not only adding to the pool of refurbished devices, but is also allowing companies like Budli.in to cater to the growing demand from smaller towns, which according to Rohit, will drive the next phase of growth. The founder says,

“Most people in Tier II-III-IV towns do not know what ‘refurbished’ means. Many of them cannot afford to buy a new smartphone. So, there is a friction in the buying process as well as a complete lack of awareness.”

To overcome this challenge of category creation, Budli.in is developing services and solutions dedicated to small town buyers. “Here, people’s digital usage is limited to WhatsApp. That’s the only thing they are comfortable with,” Rohit says.

So, the company has built an AI chatbot - BELA: Budli Electronic Live Assistant - that brings product discovery and real-time customer support to WhatsApp. BELA has had a beta launch and will soon be available in local languages. “Customers are loving it because of the ease of use,” he says.

On the B2B side, the startup has rolled out a Budli Udhaar scheme in partnership with an undisclosed micro-finance company. It provides a 30-day payment window to its local offline partners in these areas for devices they buy in bulk.

Both BELA (B2C) and Budli Udhaar (B2B) are innovations specific to Bharat. These, Rohit states, will chart Budli.in’s journey ahead.