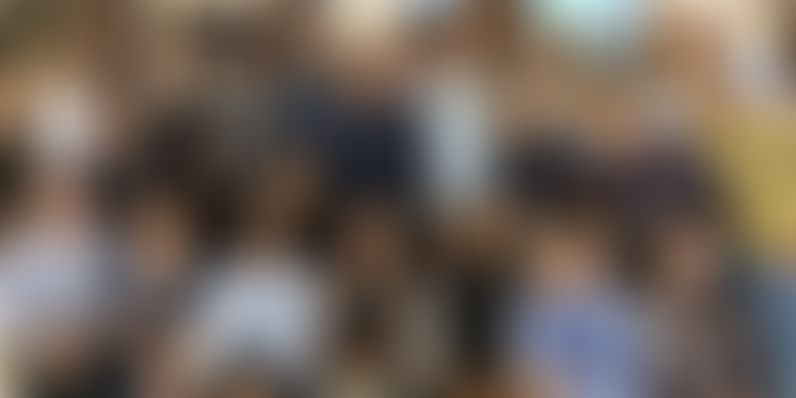 Surge, Sequoia's accelerator program for early-stage startups in India and Southeast Asia, signed on 17 companies – more than it originally intended to – as part of Surge 01. Take a look at the 17 Surge 01 startups that are as diverse as they come.

In January, when venture capital firm Sequoia Capital India launched Surge – its accelerator program for early-stage startups in India and Southeast Asia – the VC firm was thinking ‘small.’ More accurately, it had plans to select just 10-12 startups to form the first Surge cohort. Around two months and 1,570 ‘incredible’ applications later, Sequoia signed on 17 companies instead – more than it originally intended to – as part of Surge 01 2019.

The 17 Surge 01 startups are as diverse as they come. They’re headquartered in five different countries: India, Indonesia, Vietnam, Singapore, and Bangladesh. Span a variety of sectors, including fintech, ecommerce, healthtech, and edtech. Range from pre-launch stage to others that have strong weekly or monthly growth momentum. Include founders from eight different nationalities. And nearly a third of the Surge 01 startups have at least one female founder.

But zeroing in on this list was at once ‘exhilarating, humbling, and painful,’ says Sequoia. Calling Surge, Sequoia’s ‘own startup journey’ – one that involves learning on the go – the VC firm told YourStory, “We were overwhelmed by the response we got but unfortunately had to say no to many wonderful entrepreneurs.”

Surge, which will have two cohorts per year, is designed to help young startups with their early-stage choices – be it hiring the first engineer to building the first product to landing the first customer. During the four-month-long program, each cohort will receive first-hand exposure to startups and trends in the global technology markets, along with mentorship support from accomplished founders, business leaders, and technologists.

The first cohort of Surge 01 was finalised by March 11, and Surge 1 officially kicked off in Singapore in the week of March 25. Shortly after the applications for Surge 1 closed, Shailendra Singh, Managing Director, Sequoia India, wrote in a blog post,

“1,570 startups from across India and Southeast Asia have applied (and) we’re completely blown away… These applications have also shown us the depth and breadth of innovation that is alive and thriving in this region, and the quality of founders pursuing bold and ambitious new ideas has humbled us.”

As part of the program, Surge will invest $1.5 million in each of the startups that are part of a Surge cohort. Along with Surge, about a dozen seed funds and institutional co-investors are joining the Surge rounds – tying in a total investment of $36 million across the 17 startups.

For Surge 1, the only ownership Surge will receive will be in lieu of the capital it provides, the firm said. Surge valuations, it added, were in line with expectations, which is in high single digits to high teens pre money.

Here’s the full list of the founding startups of Sequoia Surge 01.

Co-investors in the round: Fireside Venture

India-based Azani, which was founded by Indian squash champion Siddharth Suchde, is a DTC performance sportswear brand that offers high-quality footwear, apparel, and accessories that are both aspirational and accessible to mainstream consumers in emerging markets. Launched in November 2017, the company’s in-house design and manufacturing facilities are geared to reduce the gap between design and delivery -- from the industry standard of six months to just two weeks. Azani has launched over 300 new products in just eight months and is geared to set the pace with an ever-fresh range of product lines, ranges, and styles.

Launched in June 2018 by Indra Gunawan and Antonius Bong, Bobobox is a tech-first Indonesian capsule hotel brand built for millennial adventurers and smart business travellers. The first hotel the company opened, boasts an 88 percent occupancy rate while 97 percent of guests surveyed said they would return to stay there. Bobobox aims to create a new category of ‘on demand’ sleep that anyone who needs a quality rest can book anywhere, any time.

Co-investors in the round: Leo Capital

Launched in December 2018, Bulbul is India’s first vernacular live-streaming e-commerce platform. Founded by Sachin Bhatia, Atit Jain, and Sichen (Sianna) Liu, Bulbul is redefining how products are sold in India by providing a live, engaging, and interactive experience for buyers and sellers in most regional languages. Bulbul, which hit 500 transactions per day just 40 days after launch, will pass the 1,000 per day mark by end April and is growing 2x month-on-month.

Founded by Jennifer Zhang in September 2018, Singapore-based DancingMind has pioneered a VR-based ‘one to many’ remote therapy solution for stroke, dementia, Parkinson’s, and cognitively impaired patients. The company is making therapy more engaging, affordable, and accessible in a sector where therapists are, globally, in short supply. The startup has signed up 15 healthcare facilities in Singapore and the UK in six months of launch.

Co-investors in the round: Water Bridge, Omidyar, AET

India-based Doubtnut, which was founded by Tanushree Nagori and Aditya Shankar, makes learning easy: just snap a photo of a problem to find a solution and watch videos that help students learn the topic better. Launched in October 2017, Doubtnut is a comprehensive learning app that features a simple user interface in multiple local Indian languages, and uses complex AI and ML technologies to serve up answers and video lessons in response to photos of specific problems. The company has over 3.5 million monthly active users, and over 90 percent are from Tier 2 and Tier 3 cities. The app is ranked amongst the top 10 free education apps on Google Playstore in India.

Co-investors in the round: India Quotient

India-based Flynote, which was launched in April 2018 by Founders Abhinav Prakash, Devvarat Meena, Ankit Abhishek, Parth Pratik, and Shukant Agrawal, is building a global community of travel enthusiasts, known as Flynote Fellows, who travel and experience the world on the company’s sponsorship. They then leverage this experience to monetise their passion for travel, using Flynote’s Technology Platform to plan and book highly tailored itineraries for their customers, followers, and communities. The company has grown by 25 percent month on month, since April 2018, and has earned a 4.9/5 rating from travellers

Co-investors in the round: Kae Capital

India-based Hippo Video is a next-gen video marketing SaaS platform that helps marketers create, edit, and personalise video content on a mass scale, as well as analyse responses and convert more viewers into customers. The company, which was founded by Karthi Mariappan, Nilam Chand Jain, and Srinivasan Krishnan in July 2018, has over 200 customers worldwide, including Freshworks, Essilor, and Goulet Pens. Its freemium platform has over 400,000 users; the majority are based in the U.S., where the company is also incorporated

India-based InterviewBit Academy offers computer science education via live online classes to prepare students for jobs in leading technology companies. Students pay only when they land a job beyond a target salary threshold. Their first cohort, which went live on April 15, will train 300 candidates selected from 9,000 applications. The company, which was founded by Anshuman Singh and Abhimanyu Saxena, started as an interview prep platform and recruitment agency, and now has 500,000 registered users globally, placing 4,000 engineers in over 450 tier-one tech companies.

Co-investors in the round: YCombinator, InfoEdge

Indonesia-based Qoala, which was founded by Harshet Lunani and Tommy Martin in September 2018, is an Insurtech company that works with insurers to offer innovative insurance products for new use cases like flight delays, phone screen damages, e-commerce logistics etc, using a combination of underwriting risk for high frequency events, digital fraud detection, and a simplified, photo-based claims process.

Co-investors in the round: Flourish Ventures

Bangladesh-based ShopUp is a social commerce platform that helps micro-entrepreneurs in Bangladesh set up and run their businesses on Facebook, which accounts for more than 80 percent of the country’s online commerce sector.  Founded by Afeef Zubaer Zaman, Siffat Sarwar, and Ataur Rahim Chowdhury, the ShopUp platform provides tools for sourcing, cataloguing, payments, shipping, and access to business loans. There are currently over 95,000 micro-entrepreneurs on the ShopUp platform, and over 5,000 more joining every week.

India-based Skillmatics, which was founded by Dhvanil Sheth,  is a D2C brand that develops innovative educational products and games that enable children to build core skills ranging from math and language to science and logic through systematic play. Skillmatics, which aims to disrupt a $100 billion global industry, has hit $1 million in revenue run rate. They sell across 15+ countries, with a strong focus on North America and is the first Indian brand ever, to sell across Hamleys globally.

Setting up a video streaming infrastructure is complex and expensive, while leveraging YouTube makes it harder to monetize, increase user engagement, and capture user data. Launched in July 2018 by Founders Kevin Nguyen and Gareth Nguyen, Uiza – which is based in both Vietnam and Singapore – is an API platform for video streaming that enables developers and companies to stream videos directly from their own app in a fast and cost-effective manner through a set of simple APIs. The company has built a sophisticated video infrastructure, which is currently used by over 250 apps, and serving viewers from over 100 countries.

Co-investors in the round: DSG Capital

Launched in January 2019 by Wei Qing Jen and Samuel Lipoff, Singapore-based Vybes is on a mission to enable influencer-driven commerce in today’s social media powered world. Using a proprietary AI engine, Vybes matches influencers with brands, and provides them with a wide array of products and online tools to enable sales to their large follower base. Vybes has over 400,000 influencers in its database and has been onboarding brands at a monthly growth rate of 140 percent.

The 17th and final Surge 01 startup, which operates in the fintech space and is focused on the US market, is currently in stealth mode.

Also read: From moguls to VC investors: They've always had their finger in the pie