Move over Instagram, Avengers star Jeremy Renner will be on Escapex to interact with fans 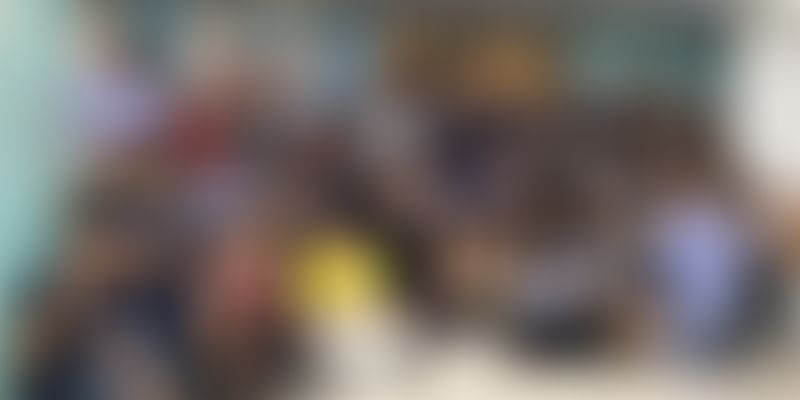 With over 350 influencers and over 20 million users, Escapex helps celebrities and influencers create their own unique ‘decentralised’ social media platform.

Jeremy Renner, the Hollywood actor essaying the role of Hawkeye, a character in the Marvel Cinematic Universe (MCU), is taking to social media to interact with his fans for the much-awaited Avengers: Endgame.

However, this time, the actor is not banking on Facebook or Instagram, but using Escapex's platform, that makes custom mobile app for influencers. Founded by Sephi Shapira in 2015 in Singapore, the social media platform connects celebrities and fans on a more personal level.

It lets celebrities create their personally-owned platform (POP), which they can have complete control over. Escapex provides a deeper and personalised online communication with fans and followers, without any algorithms determining the content’s reach.

Sephi says, “The first app we built was the Bob Marley app, and now we have over 200 celebrity apps in 11 countries. These include Jeremy Renner, P.V. Sindhu, Amber Rose, Agnez Mo, Sunny Leone, Alessandra Ambrosio, Keisuke Honda, Prince Royce, and others. Escapex focusses on the shift of celebrities and the influencers from shared platforms to its own white-labelled platforms across the globe.”

Today, social media for celebrities has become more of a broadcasting platform instead of an engagement one. The likes per post have become like ratings, and the quality and nature of engagement has gone missing.

Escapex claims it gives influencers the power over their content and their audiences, where they (and not algorithms) get to decide who sees their content.

“The ownership of content is another big issue that celebrities and influencers are facing. We believe that creators should have full rights over their content, something they don’t enjoy on social media, and so we enable that for them,” says Sephi.

So, even when the popularity of any social media platform shifts, influencers still get to have their own platform, where their fans can follow them, and in some cases, even pay them.

“We give celebrities ownership of their followers with their own POPs, and we are the only organised, well-capitalised provider of social-as-a-service to influencers worldwide,” says Sephi.

The ‘superstars’ feed transforms how fans interact with celebrities, by giving them the option to boost their comments to actually be seen by the stars. Fans can then trade their earned or purchased in-app currency to promote themselves and others to the top of the comments feed, and become top fans, turning recognition into virtual currency.

Escapex also has a ‘fan feed’ that enables influencers to post pictures and videos, connect with fellow fans, and build a stronger community.

Currently, Escapex has three streams of revenue, including in app purchases, subscriptions, and advertising. It is also adding Escapex Store, an in-app platform that offers fans the opportunity to purchase anything from digital products to personal meetings with their favourite celebrities, and offers influencers a whole new way of interacting with their audience.

Since its inception, Escapex has raised over $18 million in funding. A serial entrepreneur, Sephi has been in the mobile and entertainment space for a while now. Before launching Escapex, he was the Founder and CEO of Interchan, a direct-to-consumer content provider, which was acquired by Edimax in 2011. He was also the Founder and CEO of MassiveImpact, a SoftBank-backed mobile ad network, which was later acquired by Singtel Group.

Sephi claims that Escapex’s apps have 150 times (1.5 percent) the engagement rate of Instagram (0.01 percent), and monetise 10 times better than YouTube and Spotify, who pay creators $1 per 1,000 video views or song streams.

Currently, the team claims to have over 20 million users, who on an average open the app four times a day. Users pay an average of $6 per month to access content of their favourite influencer. It therefore also works as a great monetisation tool for several influencers.

The platform allows celebrities to advertise their subscription-based app, and convince their fans to download the app for just $4.99 per month to get more exclusive content, and even a chance to interact with the celebrity.

While signing up on the app for influencers is free, Escapex charges a certain percent from the celebrities as well.

While the world is moving to personal connections, one main challenge faced by celebrity apps is that the content needs to be different and engaging every time. Also, while India has a limited number of platforms, there are others in the US like Cameo that lets fans pay celebrities to create personalised videos. The market is still in its nascent stage, and is restricted to hardcore fans.