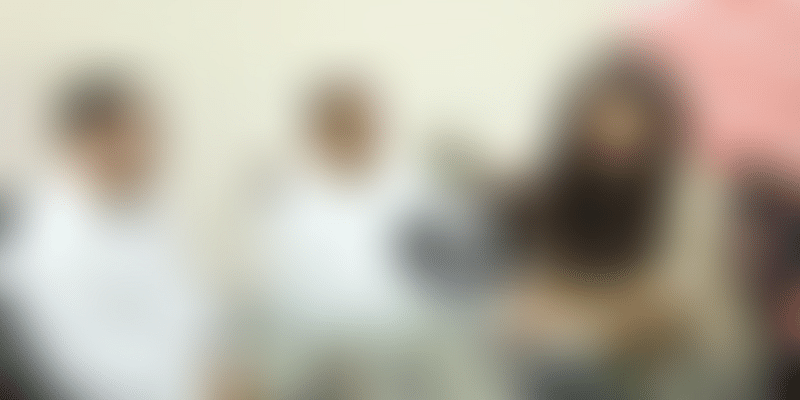 With data being the new oil, many companies are developing solutions to protect it. In this video interview with YourStory Founder and CEO Shradha Sharma, the founding directors of Scalefusion explain how they provide end-to-end solutions to manage security of corporate devices.

Bootstrapped startup Scalefusion (operating under ProMobi Technologies) is looking to shake up the mobile device management industry.  The space, which has been in existence for about 15 years, has recently seen an explosion of new devices. Scalefusion is now looking to make its name in the industry where the conversation and policies around device management have become more data-centric.

Scalefusion founding directors Harishankar Kannan and Arnab Chakraborty sat down with YourStory Founder and CEO Shradha Sharma to chat about how Scalefusion evolved from MobiLock Pro, and the growth of the device management industry.

Before Scalefusion was in the picture, Mobilock Pro, set up in 2013, focused on Android lockdown software, one part of the entire mobile device management spectrum. At its crux, it was about managing mobile devices and the clients, ensuring that they were being used for the right purpose.

Over the years, the company grew rapidly and it quickly became clear that Mobilock Pro had expanded to a number of other capabilities, outgrowing its previous brand. Thus, it was rebranded to Scalefusion in April 2019.

Scalefusion now over 3,500 paying customers and more than 10,000 free clients. It is also managing a host of new devices, including wearables, and ones harnessing internet-of-things (IoT). Today, clients are looking for a centralised platform to manage these devices, almost all of which are necessary to conduct business. That’s where Scalefusion steps in, to ensure the devices are doing their necessary job.

“One of the initial customers, a very big French company used it for a week and asked us for some customisations and cut a big cheque. That was a validation for us that if we really solve the problem, they wouldn’t mind paying,” Kannan says.

Currently, 40 percent of the company’s business comes from North America, and 30 from Europe. Only two percent is from India, but the company is looking to expand. They do not have an office outside India yet, but expect to have one soon. The company is making money and has resellers and distributors in other countries.

The company usually adopts a per-device model for charging its customers, but it is moving towards a more hybrid per-user model, as it recognises the fact that most users typically have more than one device.

Initially, the company focused on small and medium businesses, but since then customers have started managing more devices of different types, including IoT, and augmented reality (AR), and virtual reality (VR) tools.

It started with about 3-4 people at MobiLock, but the team has now swelled to nearly 90 people. Scalefusion doesn’t rely on angel or VC funding as of the moment.

“We’re profitable and have a reasonable amount of money to invest in different things. Once we know where we are going to spend the money we raise, then it makes sense to start looking for investment. Right now, we are not actively looking for venture capital,” Kannan explains.

Also read: Here’s what you need to know about data privacy – and data security

Over the last 10 years, data has become an important part of mobile device management. As devices have increasingly become more sophisticated, they have become capable of conducting business in real time.

This is the point when Kannan feels, data security and privacy became tantamount, especially since data is now everywhere, including the cloud, and can easily be misappropriated.

“For example, an employee brings his own mobile to work. You need to have compartmentalised workspace versus the personal space. You don’t want them to intermingle,” he adds.

As a result, Scalefusion has seen the industry evolve from just device management to policies becoming more data-centric to ensure information is not being misused or forwarded unnecessarily.

India is also becoming more aware of the need for more data protection, and the company is slowly trying to grow its footprint in India.

As he puts it, “Wherever devices are being used, a platform like ours is necessary.”

Also read: Here's how you can ensure your 'bring your own device' work culture does not compromise security