As Reliance Industries, India’s biggest conglomerate, strives to lead the digital revolution in India, it is turning to startups for technology, talent, and innovative solutions, and this may only gain pace.

In 2016, Mukesh Ambani’s Reliance Industries announced that its Reliance Jio arm – which was then the Indian conglomerate's very own startup – would set aside a Rs. 5,000 crore venture capital fund to encourage entrepreneurs to build “businesses of the future.”

A year later, at the company's 40th annual general meeting, Mukesh Ambani reiterated his commitment to entrepreneurs and startups when he said, “Just as Reliance became known in the past 40 years as a company that won the trust of millions of retailers, it will be known in the coming decade as an enterprise with lakhs of partners and an enabler of a large ecosystem of entrepreneurs.”

Today, just two years after he made that statement, Reliance Industries – India's most valuable company – has already established itself as an enabler of the Indian startup ecosystem, having stepped up its engagement with startups through outright acquisitions, partnerships, or equity stake purchases.

In the past year alone, the Indian conglomerate has acquired majority stakes in at least nine innovative, technology and content startups – all of which appear poised to strengthen the company’s ‘new commerce’ and digital revolution drive.

Mukesh Ambani, in January, said the company would combine the strengths of its Reliance Jio and Reliance Retail arms to create a ‘new commerce’ platform that would effectively marry the data and online reach of Jio and the offline reach of its retail arm, which boasts more than 10,000 stores across 6,000-odd cities.

To be clear, given Reliance’s mission to lead the digital revolution in India by empowering all Indians and enterprises, the company appears poised to continue engaging with startups that provide technology-driven solutions that can be used on its consumer platforms and as part of its digital offerings.

In turn, these startups stand to gain just by the sheer scale – both in terms of reach and funding – that only a large, well-established player like Reliance can provide.

As Arvind Pani, Co-founder of Reverie Language Technologies, told YourStory after the Indic language technology developer was acquired by Reliance,

“It’s very satisfying that this is an acquisition where the tech gets a place for massive scale. Our mission is to create language equality on the Internet, and that cannot be achieved unless we reach millions of users. In India, there’s no other company other than Reliance that could’ve provided us with that platform.”

HV Harish, an analyst who was formerly with Grant Thorton, says,

“Generally, large corporates try to engage with startups because that is where the innovation is happening, with significant value creation and new business models.”

In Reliance’s case, this engagement may only gain pace, as the company implements a startup engagement strategy that is followed by the likes of many global giants such as Cisco, Facebook, Google, and Walmart – all of whom partner with startups to leverage the new and innovative technologies and solutions being built by these entrepreneurs.

As Harish explains, “It is difficult to do significant disruption innovation within a large corporate, while it is the entrepreneurs who take that risk.”

Also read: Can Reliance beat Amazon and Flipkart in ecommerce?

In the past few years, Reliance’s engagement with startups has been driven by its dedicated startup accelerator JioGenNext, which acts as the bridge between startups and the Reliance Industries or Jio ecosystem. JioGenNext, which receives thousands of proposals from startups every year, advises and mentors entrepreneurs on launching their startup in the Jio ecosystem.

In FY18 alone, JioGenNext received more than 3,000 applications from startups and aspiring entrepreneurs in India across its two cohorts – of this, 29 startups made the cut to be selected in the corporate venture programme.

“If they (startups) are in JioGenNext, our outcomes are a commercial partnership, acquihire, and strategic investments. We want our entrepreneurs to run the company in case of an acquihire/strategic investment while Reliance owns a subsequent stake,” says Amey Mashelkar, Head of JioGenNext.

He did not, however, disclose the number of startups that had been acquired by Reliance.

JioGenNext has completed 11 batches of startups so far, working with seed and pre-series A startups. The first eight of these were horizontal-focused. By the ninth, the accelerator started to focus on startups creating solutions that impact India in sectors ranging from agriculture to healthcare, and financial services.

The ninth batch of startups focused on agriculture, with an emphasis on agri-tech for farm management and marketplaces with the aim of having these startups work with the Reliance Foundation and the Jio Network. The 10th batch focused on computer vision, while the 11th focused on financial services.

On average, Reliance JioGenNext works with 10-15 startups per batch and has so far engaged with over 150 startups.

“Our job is to push and front these startups and facilitate conversations with businesses. Our programme coaches these startups to go to market (GTM) with a great product. Our job is to make sure they think through technology, GTM, and product roadmap. We bring in mentors from outside too and weekly reviews happen every Saturday. Our idea is to expose them to as many businesses as we can,” Amey says.

“Some of the key trends that will enable the Fourth Industrial Revolution include AI robotics and services, digital presence, Big Data, smart cities, wearable internet, Internet of Things (IoT), and sharing economy, among others. The startups selected are expected to transform these domains,” Reliance said in its annual statement.

“The investment in Embibe underlines Reliance’s commitment to growing the education sector in India and the world, and making education accessible to the widest possible group of students by deploying technology… and believe that their (Embibe’s) highly experienced management team will be instrumental in enabling Reliance to realise its vision for the education sector, and strengthening Jio’s leadership position as a digital technology company,” said Akash Ambani, Director, Reliance Jio.

Indeed, JioGenNext is focussed on startups operating in three areas of strategic interest for Reliance – digital consumer services, enterprise solutions, and retail and logistics. The next frontier for the accelerator will be digital financial services.

By FY18-end, Reliance had engaged with 80 startups, with 34 of these in the enterprise solutions category, 30 in digital consumer services, and 16 in retail and logistics sector.

According to an industry analyst, Reliance Industries has “built the highway” especially in the area of telecommunications, but they are now building their own digital ecosystem of apps.

“Once the customer comes onto their network, they (Reliance) can own their entire digital lifecyle and also get a share of their wallet,” he told YourStory.

The classic example of this was the acquisition of Saavn, a music streaming app, in March 2018, with an enterprise valuation of $1 billion. The music app, which was merged with JioMusic, has now achieved a milestone of 100 million monthly active users.

“This strategic investment underlines our commitment to further boost the digital ecosystem and provide Indian users conversational AI-enabled devices with multi-lingual capabilities. We believe voice interactivity will be the primary mode of interaction for Digital India.”

The petroleum-to-retail giant believes that by 2025, India will become the second-largest startup ecosystem. Reliance Industries believes there will be an estimated one million startups by then, which will employ over three million people and impact 30 million small and medium businesses (SMBs) with advanced tools and technologies.

And as Reliance Industries’ looks to strengthen its digital and ‘new commerce’ push, its recent spate of acquisitions and partnerships with startups may just be the beginning.

As JioGenNext’s Amey says in his message to startups,

“If you have something to scale, come to us for being on the Jio and Reliance Retail network. There is a lot in the works, and it's only the beginning for Reliance.”

Also watch: The inside story behind Reverie's acquisition by Reliance 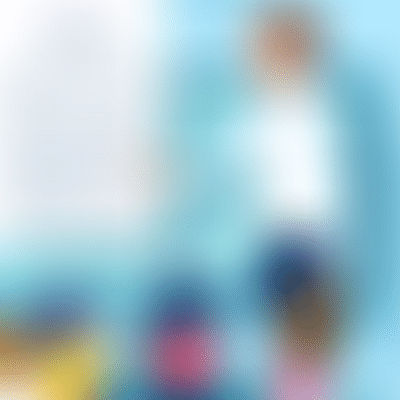