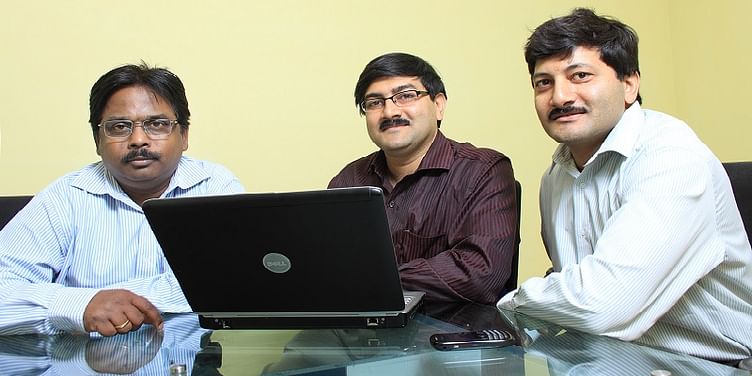 In an exclusive interaction with YourStory, Reverie Co-founder and CEO Arvind Pani reveals why Reliance's recent acquisition of Reverie is a big win for the local language technologies developer that is on a mission to create language equality on the internet.

News of local language technologies developer Reverie Language Technologies being acquired by Reliance Industries made the headlines for all the right reasons – solid returns for investors; the right rationale and fit; and wealth creation for founders and employees. All good reasons, but there’s more. So says Arvind Pani, the Co-founder and CEO of Reverie, in an exclusive interaction with YourStory's Shradha Sharma.

Watch this full video interview for the inside story about the Reverie journey and its recent acquisition by Reliance.

Indeed, Reliance’s recent acquisition of the company – for Rs 190 crore in cash and a further Rs 77 crore in investment – was a win-win for all involved, but not just because of the combination of all these factors that define a successful startup, says Arvind.

For Arvind, who is ‘very, very Indian at heart,’ the greater ‘personal’ satisfaction came from the fact that this was a ‘very Indian’ deal – a deal involving an Indian company, catering to the Indian market, being acquired by another Indian company, solving Indian problems.

“Deep within, I’m very, very Indian. I’m glad that we have partnered with an Indian company that is solving problems for Indian users,” says Arvind.

More specifically, however, Arvind points out that the acquisition will allow Reverie – which develops end-to-end voice technology stack for delivering a complete multilingual user experience – to meet its mission of bringing Indian languages on par with English and other European languages in the digital world.

“It’s very satisfying that this is an acquisition where the tech gets a place for massive scale. Our mission is to create language equality on the Internet, and that cannot be achieved unless we reach millions of users. In India, there’s no other company other than Reliance that could’ve provided us that platform,” says Arvind.

Reliance, in turn, has said its investment in Reverie will enhance the group’s digital initiatives, including building digital consumer platforms with multilingual capabilities. The Indian conglomerate will work with Reverie to integrate its services in the group’s different digital consumer platforms, the company said in its February 22-dated filing.

As part of the acquisition, Reliance will hold 83.3 percent equity capital in Reverie on a fully diluted basis, with the total investment of Rs 267 crore likely to be completed by March 2021.

To be clear, Reverie too has bold ambitions for the next three years – which Arvind terms as ‘Mission 3/3’ or as the ‘business reason’ behind Reverie’s decision to sign up for this acquisition.

Mission 3/3, Arvind says, highlights the three core goals that Reverie wants to achieve in the next three years. The first, he says, is to reach 500 million users in the next three years. The second, to become the market leader in Indian language technologies. And the third, he adds, is to be the Indian company that defines and implements Indian language technology standards.

“Currently, we are at mid-camp, having moved up from base camp. We’re now moving towards the summit in the next three years,” says Arvind, citing an analogy of the journey to scaling summits. Arvind believes the Reverie journey has been marked by three phases, with the company currently in their third stage – headed towards the summit.

Base camp, or the first phase of the company’s journey, was in 2009, when Reverie was launched. At the time, Arvind along with Reverie Co-founders SK Mohanty and Vivekananda Pani focused on creating the building blocks, such as fonts and keyboards, of Indian language technologies for the Internet, and then on content conversion.

Also read: Express yourself in 11 Indian languages with Swalekh, a ‘Make In India’ keypad

“The other side we wanted to build was on the content side of things, which is what we launched in 2015 with our language-as-a-service platform; this has the ability to convert content from one language to another and has both text and speech interfaces, where users can interact,” Arvind explains.

Over the years, Reverie, which had raised funding from Qualcomm Ventures and Aspada, has established its market-leading position in the Indic language technologies space. It has won over customers from different industries, including OEMs like Qualcomm and consumer internet companies such as Ola and Practo, while also engaging with app developers through its language-as-a-service platform.

However, Arvind says he and his co-founders – who bootstrapped the company in the first six years – faced their fair share of challenges in the early days.

“During that time, more than eight-nine years ago, when we used to talk about languages, we were met with much skepticism,” recalls Arvind. “Languages? In India? Does that have any commercial value at all? Many said, ‘you’re chasing something that is unlikely to succeed.’”

Despite this, Arvind and his team consistently stayed true to their vision of making online services accessible to Indian local language users through Reverie's language technologies and services. And for this, Arvind credits the support the Reverie team received from their investors, employees, and friends and family, who believed in their vision.

Cut to a decade later, Reverie’s solutions touch more than 100 million Indians across millions of devices, and, now, with its acquisition by Reliance, is aiming to bridge the language barrier for the next 500 million Indian local language users on the Internet.

Also read: These startups use tech to help bridge the language barrier