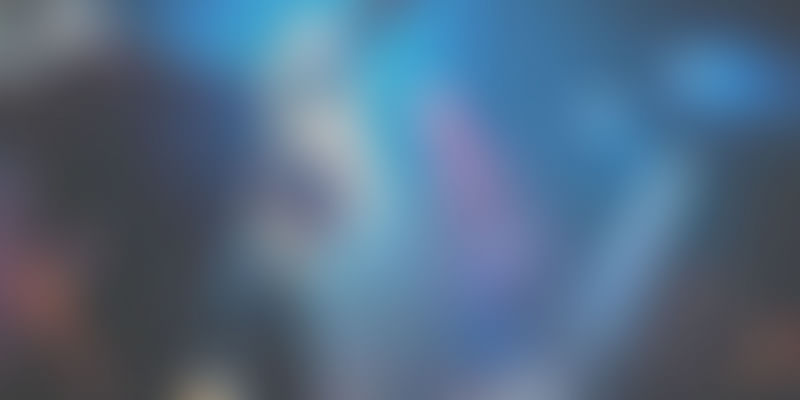 From listing out events and activities to curating unique experiences for customers, these startups are changing the way you spend your weekends.

After a long and tiring week at work, everyone wants to join a party or find a place to chill. But where do you go? How to choose those places? And if you are a tourist, finding cool local hangouts and events can be even more difficult.

If you are finding yourself in this fix every time, YourStory has a list of platforms to help you out.

Gurugram-based OYO recently launched @OYO Near You in India, an initiative that curates unique experiences for customers. From wine tasting, house parties, comedy shows, live performances, movie screenings, and workshops to art jamborees with food and beverages at different OYO properties, there are a range of activities to experience. It primarily takes place at an OYO Townhouse, and can host around 1,500 guests per property on an average every month. Townhouse is a category launched by OYO in 2017 as a friendly neighbourhood hotel targeted at millenials.

These events cater to both locals as well as travellers, allowing them to break away from their routine and are also reasonably priced.

“We at OYO, are the first among hotel chains to invest as well as curate such experiences for travellers and locals opting for budget to mid-scale hotels.”

Launched in April 2019 in Delhi-NCR, @OYO Near You events are held in GK1, GK2, New Friends Colony, Sector 15 Gurugram, South City 1 Gurugram and Sector 47 Gurugram. The events are priced around Rs 299 with complimentary beverages and includes access to food stalls.

@OYO Near You will soon be launched in Bengaluru, Goa, Kolkata, Mumbai, Chennai, Jaipur, Hyderabad, and Pune among others in the coming months.

Link to events @OYO Near You is available here.

Founded in December 2012 by three IIT Kanpur graduates Mayank Kumar, Saurav Singh, and Vivek Srivastava, Nearify recommends events that you may like, based on your location. Users can discover events such as concerts, music festivals, parties, workshops, shows, meet-ups, in every city in India as well as outside India. In India, it is present in Delhi, NCR, Gurugram, Noida, Bengaluru, Mumbai, Pune, Chennai, Hyderabad, and Kolkata. Globally, it has expanded its reach to New York City (NYC), London, Boston, San Francisco, Las Vegas, Houston, Dallas, Singapore, Chicago, San Jose, Los Angeles, Atlanta, Austin and Miami.

The Delhi-based company has listed more than 20 million events on its platform from over 200 cities around the world. Nearify, which is available on Android, iOS, and via its desktop website, had raised between $0.5 million and $1 million from Seedfund Advisors, India Quotient, and Bedrock Ventures in 2014.

Founded in 2016 by Prasun Kumar and DS Aman, Bengaluru-based HighApe is an experience discovery platform for users to explore, visualise, and book as per their preference, based on location, music, budget, interest, offers, among others.

Operational in Bengaluru, Mumbai, Hyderabad, and Pune, HighApe acts as a one-stop marketplace where all events and activities are listed, either by gathering information from clients or with the Do It Yourself (DIY) system, which partners can use themselves.

HighApe had raised funding from a group of angel investors for its expansion and is presently looking to expand globally. In India, the startup is planning to expand operations to Delhi, Goa, and Chennai.

HighApe claims it has 1.9 million users and has sold over 300,000 tickets till now. More than 22,000 experiences are listed on its platform, and the company has on-boarded 1,500 experience creators.

Gurugram-based What’s Up Life, which was founded in 2015 by Gaurav Luthra, is a hyperlocal lifestyle media platform to discover exciting new things and places that your city has to offer, including fashion shows, restaurants, events, and a vibrant nightlife.

The startup is present in Gurugram, Hyderabad, New Delhi, Bengaluru, Mumbai, Kolkata, Noida, Pune, and Chandigarh. Its experiences are also available in Rajasthan and Kerala.

Available for Android and iOS users, What’s Up Life had last raised an undisclosed amount of funding from actor and television personality Rannvijay Singh, who also joined the company as its brand ambassador. In March 2018, it also received $100,000 from Karan Puri, author, and Praveen Puri of Skyline Knowledge Centre, a Skyline Education Group Company.

Last year, the startup said it had served over 200 brands and made Rs 1 crore plus revenues. The content tech company also added it had reached 10,000 app downloads and has one million users on its website.

In April 2019, the company raised $5 million in series A funding round led by venture capital firm Inventus India and Indian Angel Network (IAN) Fund. It claims to have about 60,000 local brands and businesses that connect with over three million LBB users across eight markets including Delhi, Mumbai, Bengaluru, Pune, Kolkata, Hyderabad, and Chennai.

Commenting on the fundraising, Dhruv Mathur, Co-founder of LBB, said,

“Our next phase of growth will be primarily focused on integrating discovery with commerce and open up a platform and space for SMBs in India.”

Also Read: Let your hair down and get your party on with the help of New Delhi-based Sloshout