[Funding alert] Tiger Global leads $50M Series C funding round in Zenoti, and what this tells us about its strategy 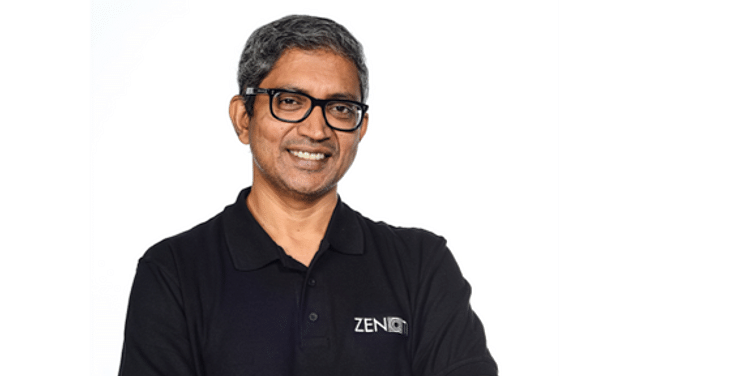 Tiger Global is stepping up the momentum. Its latest investment is in the India- and US-based provider of enterprise management solutions for salons, spas, and resorts, which plans to use the funding to expand its global footprint and invest in AI-driven innovation.

Zenoti, the Hyderabad- and Bellevue-based enterprise cloud platform provider for the beauty and wellness industry, announced early this morning that it has raised $50 million in a Series C round of funding led by Tiger Global Management. Existing investors Accel Partners and Norwest Venture Partners also participated in the round.

CEO and Co-founder Sudheer Koneru told YourStory that the funds would be raised to "accelerate the pace of innovation" and to expand its presence worldwide. Zenoti is currently present in close to 45 countries and boasts of clients such as MGM Resorts, Lakme, and Taj Hotels, besides a host of salon chains such as Waxing the City, Massage Heights, Mario Tricoci, Prose Boutiques, Sono Bello and Rudy's Barbershop in the US.

“Tiger Global’s investment in Zenoti is the validation of all the hard work the team has put in so far and the zeal to make Zenoti the backbone of the beauty and wellness industry," Sudheer said, adding, "We are pleased to be in the company of other category-defining companies in Tiger Global's portfolio and are thankful for the ardent support by Norwest and Accel throughout our journey."

According to Scott Shleifer, Partner at Tiger Global, "Zenoti is improving productivity for many salon and spa operators, and we are excited to partner with Sudheer and his team as they continue innovating."

Shekhar Kirani, Partner at Accel, and a member of Zenoti's board of directors, told YourStory,

"The beauty and wellness market is consistently growing, but the industry has been running on outdated technology...Zenoti's product is built ground-up for enhancing the customer experience translating into business results."

Tiger Global has recently stepped up its investments in India after raising a $3 billion fund called Tiger Global Private Investment Partners XI, which invests in India, China. The New York-based investment company made close to $3.5 billion of a $1 billion investment when it sold most of its stake in Indian ecommerce giant Flipkart to retail heavyweight Walmart in May 2018.

Its top executive, Lee Fixel, the man who played a key role in making the deal happen, recently left the company to pursue other interests. But that has hardly mattered as it speeds up the momentum.

Cheque sizes have also been getting larger over the 10 deals closed in the past 6-8 months, most of which are in the B2B space.

So what really attracted Tiger?

Globally, solutions provider for niche markets - dubbed 'vertical software' - are gaining ground, and Tiger Global is looking at them closely. In China, it invested in Meicai, a platform that connects farmers with restaurants, in which Tiger and Hillhouse capital invested over $600 million last October.

Then there's Toast, a US-based restaurant management platform solving the industry's biggest problems, where it was part of a $250 million funding around along with TCV. It has even invested in the Bay Area-based PAX Labs, which designs, develops, and sells premium cannabis vaporisation technologies and devices.

Zenoti too operates in a niche. According to Sudheer, while there are several startups across the world providing desktop software to manage the backend operations for salons, spas, and wellness centres, there are hardly any providing a cloud-based solution that a chain of stores can use - a real enterprise solution. "Our nearest competitor," pointed out Sudheer, "is not even half as large as we are."

This makes Zenoti something of a category leader in a niche B2B space, and Tiger has been investing in category leaders of late, and not just in India. Late last month, Tiger Global invested $100 million in B2B agritech player NinjaCart for a 26.5 percent stake. Earlier in April, it led the $26 million Series B round raised by mobile marketing platform CleverTap, along with Sequoia Capital India.

There's something about Zenoti

Sudheer says Zenoti is all set to go deeper in terms of the technology they're developing and broader in terms of their reach across the world. Today, Zenoti is used in 6,000 outlets worldwide, with 50 percent of its revenues coming from the US market alone. India accounts for another 20 percent, with Australia, South East Asia and other regions accounting for the rest. Expansions in the UK and South Africa are in the works.

This is very different from when we last wrote about Zenoti in 2016, when 60-70 percent of revenues came from India alone.

The US remains a key market for the company that Sudheer describes has being "born and bred in India". It has consciously focused on catering to the needs of larger chains and providing them with a full suite of services, including predictive analytics. This in turn lets them provide their customers with a better experience by reducing lines at the reception, booking solutions, contactless payments (Zenoti Go) for quick check-outs, etc.

"We're helping chains provide their customers with the kind of personal touch that mom-and-pop stores had, but doing it at scale using technology - be it offering them options if their first choice is not available, or giving them a discount," explains Sudheer.

This focus on the top end of the market has helped them increase their revenues in the US to $500 per store per month. It has also launched the first AI-driven marketing automation designed exclusively for salons and spas to create a personalised experience for guests and is helping its clients improve their topline by 5-10 percent week on week, says Sudheer.

A deep focus on technology but also on the customer

Sixty percent of Zenoti's team of 300+ works in R&D, which is based out of Hyderabad, where Zenoti was born as ManageMySpa. It is this team that works closely with the founders to constantly refine their fully customisable platform based on their learnings from different markets.

The US, for instance, is very focused on memberships and loyalty programmes. Tips are a key part of an employee's salary. Australia, by comparison, is very different. The team has carefully observed, documented and incorporated these differences into its main platform and additional modules, making it super flexible and fully customisable. And it charges clients for the value that it delivers.

"We are a premium-priced product," points out Sudheer, adding that they have achieved more than 100 percent growth in the past year. The goal is dominate the top-end of the market.

As Shekhar Kirani of Accel puts it,

"With Zenoti we found a seasoned team with a deep understanding of the market. We're excited to be a part of the company's future trajectory in reshaping customer experiences and operational paradigms for the industry.”

On his part, Sudheer says he is "excited to be leading the transition of this industry to the cloud”. “We’re energised that this funding will allow us to keep technology innovation at the forefront for our industry,” he adds.

Zenoti had raised $15 million in its Series B round in 2016 to fund its expansion, and $6 million in a Series A round led by Accel Partners a year before that. Avendus Capital was the financial advisor to Zenoti for the latest transaction.