Best of Weekender: A tête-à-tête with chef Ranveer Brar, driving through old Jerusalem, and why actor Prashantt Guptha is all set for a Hollywood Christmas 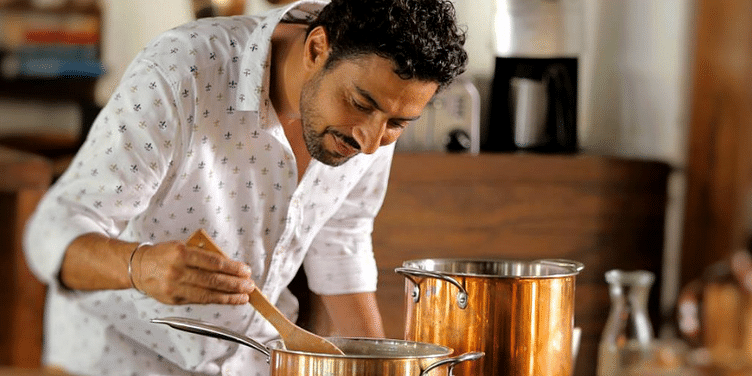 This week, don’t miss our interviews with celebrity chef Ranveer Brar, and InMobi Founder Naveen Tewari. Read all about the best books of the year and find out why you need to check out the Fireflies festival this monsoon

Whether it is a bowl of oven-baked Amritsari Fish Fries, a skewer of the Dorra kebab complete with a skein of silk thread holding the tender meat together or a platter of Thai Corn Falafel, there is no one quite as innovative as chef Ranveer Brar when it comes to creating exciting food.

"In order to evolve as a food person, you don't have a choice, but to travel. You cannot mature as a chef or a food person if you don’t have a cultural perspective. So, everything comes at a cost,” says this incredibly talented chef.

Read all this and more as Ranveer Brar speaks about his first adventures with food, his early years of cooking at a gurudwara, and how food is like meditation.

We have seen actor-entrepreneur Prashantt Guptha in movies like Neerja, Issaq Identity Card, and the recently released thriller, The Tashkent Files. But now, the talented actor is celebrating another big break, this time in Hollywood, where he will play the lead in a Christmas movie.

The movie is titled, A New Christmas and is slated for release in December later this year.

Check out our exclusive interview with the actor as he talks about his new movie, and his love for poetry and music.

The city of Jerusalem is truly one of a kind in its vast importance for people around the world. Its centrality to some religions also makes it a great draw for the devout and those seeking spiritual solace.

Read all about the Wailing Wall where pilgrims leave notes for their loved ones, the Basilica of Agony, the Arab market and the many other churches and religious monuments that are tucked into the tapestry of this beautiful country. If you are looking for a bit of armchair travel this weekend, sit back and read all about the wonders of Jerusalem.

Join our writer as she takes you on a journey through this land with its rich, multi-cultural history.

Would you like to read a unique love story set in the sparkling theatre world of 1940s New York or a memoir written by food writer and restaurant critic Ruth Reichl, who entered the high-stakes world of magazines, as editor-in-chief of Gourmet?

Get ready to enjoy a wide variety of themes in books this summer, as writers explore themes as diverse as the story of a Colombian refugee to tales of the clubs on the Sunset Strip.

Check out this half year list of the best books so far.

If you’ve always wanted to know more about Naveen Tewari, Founder and CEO of InMobi, don’t forget to check out our video interview with this famous entrepreneur.

Find out all about Naveen's love for art, biographies, gadgets and much more.

The fifth International Yoga Day was observed with much fanfare across the country yesterday and the euphoric mood of celebrations continues through the weekend.

We caught up with holistic trainer, Mickey Mehta who spoke about his fitness journey, the essence of yoga holistic living. What distinguishes yoga from other forms of fitness.

Read all about it in this fascinating interview with the yoga master himself.

Did you know that as the monsoon months approach, male fireflies wake up from their summer slumber and call out to their female counterparts with a unique mating call.? This call lies in the colours of orange, green, and yellow that they emit in the night during the monsoon months.

Catch the magic beauty of the fireflies at Purushwadi, a village that is a four-hour drive from Mumbai. Grassroutes, a community-based rural tourism enterprise in Mumbai, hosts a Fireflies Festival here every year.

We give you all the details so that you can book your next flight out to Mumbai.