Bangalore-based biotech startup String Bio announced on Thursday that it has raised an undisclosed amount of funding from a number of investors including Ankur Capital. Other investors include Oil and Natural Gas Corporation Limited (ONGC), French investor Seventure Partners, Karnataka’s Information and Biotechnology Venture Fund (KITVEN), and Srinivasa Hatcheries.

The funds raised will be used to develop alternate proteins for global feed and food companies.

Speaking on the occasion, Vinod Kumar, Co-founder of String Bio, said that this will take the startup closer to a full commercial roll-out.

In an official statement, the company said,

“Protein is a significant source of energy and there is a growing gap in worldwide protein supply. By 2050, 70 percent of the world’s population is expected to be in urban areas leading to rise in meat consumption. And the existing protein sources in the market are both constrained by climate variability and availability of land and water.”

String Bio stated that its goal is to create robust, cradle-to-cradle solutions to address environmental challenges and climate.

Speaking on this partnership, Ritu Verma, Co-founder and Managing Partner at Ankur Capital, said that they are keen on supporting the startup in its early stages.

“The disruptive approach they have developed to supply qualitative feed ingredients while giving value to one of the most powerful greenhouse gases is of high-value to address the urgent need for alternative sources of protein.”

Established in 2012 by Ezhil Subbian and Vinod Kumar, the startup leverages biotechnology to produce feed and food ingredients. Its first product String Pro is also sustainable and environment-friendly and produces protein for animal feed.

The World Economic Forum estimates that by 2050, global food systems will have to meet the dietary demands of more than 10 billion people.

String Bio is the only company in Asia that has enabled a methane-based value chain through biological process.

Delhi CM Kejriwal to add entrepreneurship lessons from Class 9, will give Rs 1,000 as Seed mone... 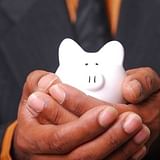