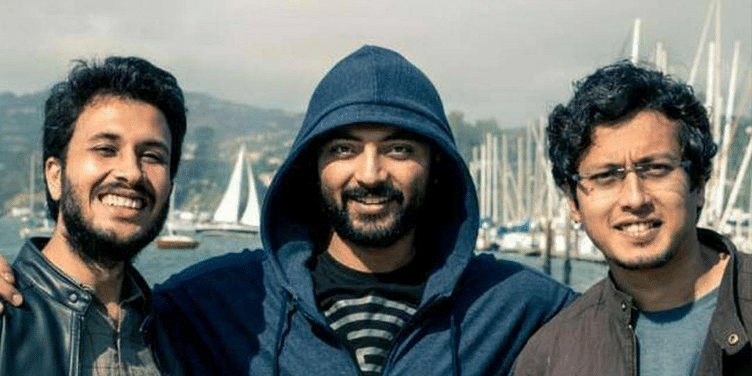 Within two years, OkCredit has the likes of Lightspeed India Partners and Y Combinator backing them. The startup has raised funding of $17.5 million to date.

It was 2017 when serial entrepreneurs Harsh Pokharna, Gaurav Kumar, and Aditya Prasad came across an interesting problem to solve. Living in Arekere, Bengaluru, their interactions with daily grocery stores made them realise that most of the accounting and credit given by these shopkeepers was recorded on paper - small pieces that could easily be misplaced.

This system meant that it took longer to calculate and also lacked the aspect of ‘trust’ since there was no way to verify the accounts.

This is what led them starting a digital-based credit balance recording solution for small business owners OkCredit later that year.

[Funding alert] Tiger Global leads $50M Series C funding round in Zenoti, and what this tells u...

Two years in the making and OkCredit has some of the best names in the venture capital circuit backing them, including Lightspeed India Partners and Y Combinator.

On June 10, the company said that it has raised $15.5 million as a part of its Series A round led by Tiger Global Management. The round also saw participation from new investor Morningside Venture Capital as well as existing investors Lightspeed India Partners, Venture Highway, and Y Combinator.

This takes the total funds raised by OkCredit to $17.5 million. According to the startup, the funds will be used primarily for scaling up the team and hiring across functions of product as well as technology. Further, it will use the funds to grow its customer base by focussing on aspects of customer stickiness.

“We are happy to have been joined by Tiger Global and Morningside Venture Capital on the investment and also have our existing investors participate in this round. The funding will give us the necessary resources we require to grow ourselves. Our focus will continue be on users. We will be hiring new members, however, our core DNA continues to be technology-focused so would like to keep the team size lean.”

At present, OkCredit is an app-based solution, which provides merchants with simple and reliable means of keeping credit and payments records for their businesses carried out on credit basis by recording them digitally.

Through digitisation, the company reduces the merchant’s burden of maintaining and accounting paper account books. It also allows them to send collection notifications to customers in case of delayed or missed payments.

To solve the trust problem, once a merchant registers a transaction on the platform against a customer, they are immediately informed through text or WhatsApp.

At present, OkCredit has an installation base of 1.3 million. What’s interesting is that the startup has achieved this growth without deploying a single foot-on-street.

“We have primarily managed to garner these dialogues through word of mouth virality. Our active merchant base is not just end-retailers, but also suppliers that supply to other businesses and typically get another merchant or two to register within the first month of getting onto the platform,” explains Harsh.

Aditya, Gaurav, and Harsh met during their time at IIT Kanpur in 2010 and have been close friends ever since. After their graduation in 2014, while Gaurav and Harsh began working at Flipkart, Aditya went on to work with US-based data company Fuzzy Logix in Bengaluru.

But the trio always wanted to start up on their own.

Meanwhile, Aditya and Harsh switched to Jio Money and led the early-stage development there. On the side, the three started building a business card sharing application, and then to building a social event planning application. However, not finding traction for their early products, they delved deeper into Blockchain, looking to leverage the technical innovation to solve user problems at scale.

The earnings from these led the three of them to quit their high-paying jobs in July 2016 and look for startup ideas.

As Harsh explains, the trio wanted to solve some of the problems they themselves faced.

“We were quite inspired by Y Combinator Founder Paul Graham’s words on starting a startup and wanted to make something people want, and try to solve our own problems to avoid solving imaginary problems.”

OkCredit’s app launched on Google PlayStore in November 2017. Harsh mentions that they built the app while sitting with the owner of their neighbourhood grocery store and observing the challenges he faced with accounting on a daily basis.

Eventually, the startup became a part of Y Combinator’s 2018 summer batch and raised money from the US-based seed accelerator during its $1.7 million pre-Series A round. The round saw participation from LightSpeed India Partners, Venture Highway, Y Combinator, along with other angels.

In January 2018, OkCredit picked up a seed investment of $300,000 from Lightspeed India Partners.

How do they stack up?

According to Harsh, of the 1.3 million download base, 900,000 merchants were active in the last 30 days. In addition to this, 30 percent of its merchant base are B2B suppliers, while the rest are retailers.

When it comes to usage, 50 percent of app sessions are to record transactions, he adds, while the rest are for sharing account statements, invoices, or checking previous invoices.

However, the founders don’t reveal much about the product roadmap, but state that the 12-member team is working towards releasing an in-app payment feature soon.