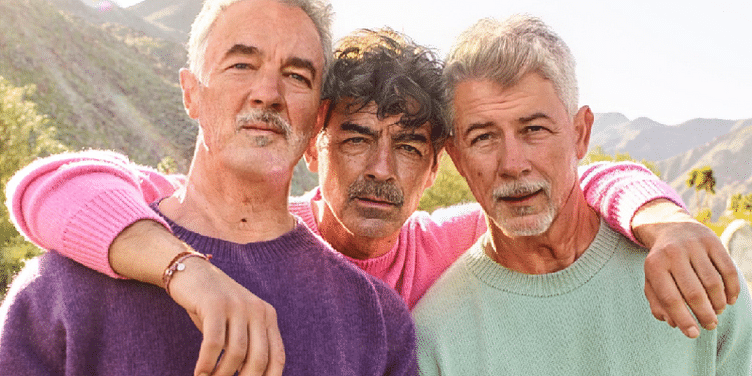 Developed in Russia, FaceApp first went viral in 2017. An old-age filter update has pushed it up the popularity charts - it just crossed 100 million downloads on Google Play Store.

First came Prisma, and now there’s FaceApp. Developed by Russian company Wireless Lab, the AI-based photo editing app has taken the world by storm in the last couple of days. Even celebrities are using the app to post pictures of how they’ll look when they age.

Incidentally, the two-year-old app had gone viral earlier as well. Back in 2017, Forbes had termed it a “revolutionary” selfie app. It was recently updated with an improved old age-filter, which led to the ongoing #FaceAppChallenge with people revealing their greyed, wrinkled appearances to the world.

Celebs like Jonas Brothers, Arjun Kapoor, Varun Dhawan, and MS Dhoni among others were spotted on social media, with their photos edited using this filter in the app.

We decided to see what the hype was all about.

After installation, the app welcomes you with a quick four-tap tutorial on how to edit pictures. FaceApp doesn’t require a log in, which means you do not need to share your email address or phone number. But it demands access to your phone gallery.

It is because of this that the app, in parallel to #FaceAppChallenge, is also receiving a major backlash pertaining to its privacy policy. While the Russian app responded with clarification on the privacy controversy, US Senate Minority Leader Chuck Schumer has called for an FBI investigation into FaceApp,

However, FaceApp continues to grip social media. It has already crossed 100 million downloads, with a 4.5 rating on Play Store. It is available on iOS and Android.

Using Faceapp is very easy. Choose a photo, and filters and lenses crop up below it. You can either take a photo or selfie for editing, use saved photos in the phone, or browse pictures from Facebook, which the app accesses only after you allow it to via a login.

The app also allows users some fun with its ‘Celebs’ option, which is perhaps the most interesting section on FaceApp.

The ‘Celebs’ feature has a library of celebrity photos you can play around with. A user can either type a celebrity’s name to find him or her, or simply use the tags that come up under ‘popular searches’. The searches seem to be really localised; we saw options like Virat Kohli, MS Dhoni, Shah Rukh Khan, Narendra Modi etc.

The Editor allows you to add smiles, make a photo look young or old, add a beard, hair colour, hair style, add glasses, and more. All these filters have sub-filters. For instance, under the ‘Age’ filter, you have options to turn the picture into a younger version of you (two options), or choose to go grey.

There are other filters as well, such as add a tattoo on your photo, gender swap, apply makeup, replace the background, change hair colour or hair style, or just edit your photo with colour filters, lens blur, and other tools.

Here’s a look at some celeb photos with various filters:

The ‘Editor’ tab also allows you to change the background of the photo, add effects, crop and edit, and improve the photo with various adjustments.

The ‘Fun’ section has quick filters such as Hollywood, Young, and Female HD that let you edit a photo with just one tap. However, when we explored the app, there was an error. It could be because of the load on the servers due to its going viral.

Apart from allowing you to edit photos and use various filters, the FaceApp also lets you create layouts such as mirror image, collage, stitching images etc, under its ‘Layout’ tab.

This is what it does.

FaceApp operates on a freemium model. Some filters and editing tools are open to all, but to earn full access, users have to opt for a subscription plan (Rs 299 a month or Rs 3,099 for lifetime).

Subscriptions can be cancelled anytime. The ‘Pro’ mode is an ad-free version of the app.

Every processed photo can be saved on the device or shared directly on various social media networks, including Instagram, WhatsApp, Facebook, and others.

The technology used in the app is quite mature and results are accurate despite thousands of photos being uploaded on FaceApp’s servers for processing currently. It took us only a few seconds to get a processed image. The app is intuitive and works with very few taps.

The edited pics have great resolutions and are very close to real. While using the app, we found the quality of the results does vary, but the effects and filters fit right on to the face (without making it look like an effect).

However, if Play Store reviews are to go by, some users have complained that filters pixelated their photos or made their pictures look unreal.

Privacy controversy aside, the FaceApp is super fun to use. Unlike several photo and collage editing apps on Play Store, it is has a clean, smooth, and intuitive interface.