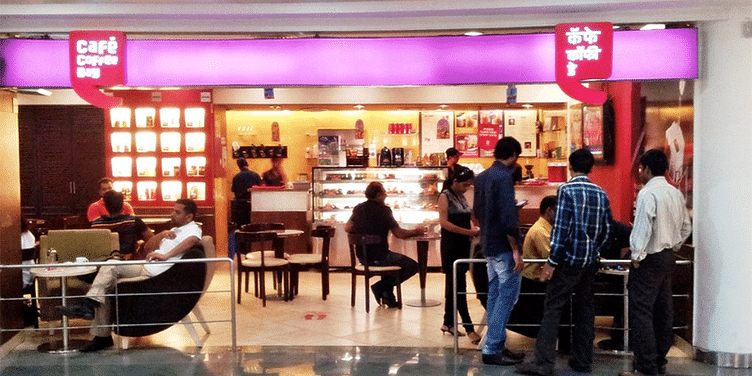 The company board, where Siddhartha's wife Malavika Hegde is also a director, met on Wednesday to put in place a working structure of the company.

Coffee Day Enterprises on Wednesday named independent director SV Ranganath as the interim chairman of the company to replace its founder VG Siddhartha, who has been confirmed dead days after he went missing.

The company board, where Siddhartha's wife Malavika Hegde is also a director, met on Wednesday to put in place a working structure of the company.

The board appointed 'SV Ranganath as the interim chairman of the board' and 'Nitin Bagmane as an interim chief operating officer (COO) of the company,' Coffee Day Enterprises, which runs India's biggest coffee chain CCD, said in a regulatory filing.

It also constituted an executive committee comprising Ranganath, COO Nitin Bagmane, and CFO R Ram Mohan "to exercise the powers previously vested with the Chief Executive Officer of the company and the Administrative Committee constituted by the Board in 2015," it said.

"The board will, in due course, prepare a detailed charter of authorities vested in the Executive Committee and approve the same," the filing said.

The Executive Committee will explore opportunities to deleverage the Coffee Day Group, it said.

The body of VG Siddhartha, who had been missing since Monday evening, was found on Wednesday in the Netravati river in Dakshina Kannada district of Karnataka after 36 hours of intense search, officials said.

Siddhartha purportedly wrote a letter indicating he was anxious about pressure from banks, investors, and the tax authorities before he went missing.

The board took cognizance of statements in the purported letter from VG Siddhartha relating to financial transactions outside the knowledge of the senior management, auditors and the board.

"While the authenticity of the letter is unverified and it is unclear whether these statements pertain to the company or the personal holdings of VG Siddhartha, the board took serious note of the same and resolved to thoroughly investigate this matter," the filing said.

The board expressed its condolences to Siddhartha's family and resolved to lend its support and expressed full confidence in the company's management team.

"The board also took note of a message from Malavika Hegde expressing support and trust in the company's professional team and the common effort to look after the interest of the employees and all other stakeholders," it said.

"The board remains deeply committed to safeguarding the interests of all stakeholders, including investors, lenders, employees and customers."

The company said the Audit Committee and Executive Committee will engage in discussions with the statutory auditors of the company and such other advisors as may be necessary with a view to recommend appropriate next steps to the board at its forthcoming meeting on August 8.

The board has also appointed Cyril Amarchand Mangaldas as its legal counsel to advise on these matters.