Remembering VG Siddhartha: The entrepreneur who made coffee drinking cool in a tea-drinking country 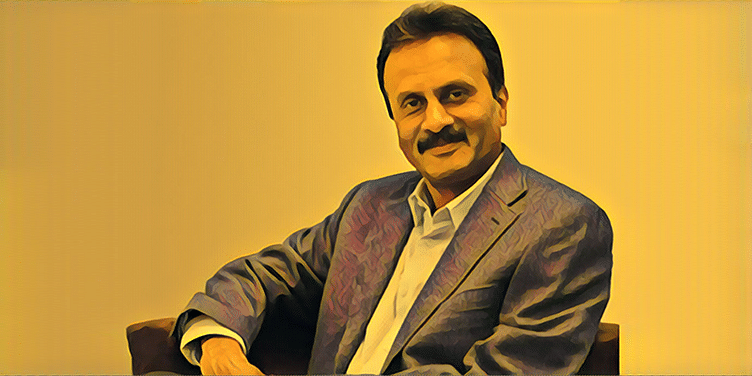 VG Siddhartha, the Founder of Coffee Day Enterprises, is credited with creating a coffee culture in a tea-drinking nation. He went missing on Monday after writing a letter in which he said he 'failed as an entrepreneur.' His death puts the focus on the dark side of entrepreneurship.

The entrepreneur who created an Indian rival to Starbucks is no more.

VG Siddhartha, who founded home-grown coffee chain Cafe Coffee Day in 1993, went missing in Mangaluru on Monday. In a letter addressed to the Coffee Day Enterprises board, Siddhartha wrote that he had “failed as an entrepreneur”. While an intense search for him was on through Tuesday evening, the entrepreneurial ecosystem’s worst fears came true on Wednesday morning, when his body was recovered on the banks of the Netravati River in Dakshina Kannada district of Karnataka after 36 hours of intense search.

Siddhartha’s death brings to the fore the challenges entrepreneurs – even successful ones – face as they attempt to grow their companies.

News reports say the man who created a coffee culture in tea-drinking India referred to three main issues in his letter to the board:  “pressure from one of the private equity partners forcing me to buy back shares”, “harassment from the previous DG income tax in the form of attaching our shares”, and “tremendous pressure from other lenders”.

All issues centre on the liquidity and debt crisis that Siddhartha and Coffee Day Enterprises were facing over the last year, and which ultimately culminated in the entrepreneur selling his stake in Mindtree earlier this year.

Shares of Coffee Day Enterprises declined over 20 percent to touch a 52-week-low of Rs. 123.25 on Wednesday. Year-to-date, the stock has lost over 56 percent of its value.

The beginning of CCD

While his most recent years have been marred by controversy, things were different when this son of a coffee plantation owner started out.

Hailing from a family that has a 140-year history of growing coffee, Siddhartha was initially keen to join the Indian Army. However, after completing his Master’s degree in Economics from Mangalore University, he decided to dabble in stocks and started Sivan Securities, an investment and venture capital firm, in Bengaluru in 1984. He began to systematically invest his profits in coffee plantations in Karnataka’s Chikmagalur district.

This was a time when most Indians preferred their chai, but CCD, as it went on to be known, lured them in with the promise that “A lot can happen over a cup of coffee”.

Over two decades later, that first outlet has grown to India’s largest chain of coffee shops. There are over 2,100 CCDs in more than 200 cities, including a few in Austria, Czech Republic, Malaysia, Egypt, and Nepal. It also has as many as 47,500 operational vending machines.

In an effort to cut costs, the coffee company chose to be vertical integrated. It owned plantations, grew its own coffee, made coffee machines, and even manufactured the furniture for its outlets. In fact, all coffee served at CCDs comes from the founder’s 10,000-acre plantations in Chikamagalur. He also made retail a part of the coffee shops, selling coffee, coffee machines, mugs, sippers, and other merchandise.

Diversifying into other sectors

But just the cafes weren’t enough.

The coffee czar, as he became known, invested in logistics, technology parks (SEZ and STP scheme), financial services, and technology and software companies. He also founded a hospitality chain, which runs seven-star resorts Serai and Cicada.

As the debt piled up, trouble began brewing in September 2017 when the Income Tax Department raided Siddhartha's premises and found Rs 650 crores of concealed income. The corporate office of the Amalgamated Bean Coffee (ABC) Trading Company, which runs the CCD's retail outlets, was also searched.

But despite his many troubles, Siddhartha remained the understated entrepreneur who always let his businesses do the talking. He rarely gave interviews and, when he did, his shyness was extremely apparent.

By June 2019, data shared with stock exchanges revealed that nearly 76 percent of the VG Siddhartha-led promoter group's 53.93 per cent equity holding in Coffee Day Enterprises had been pledged.

Reports say the 60-year-old businessman had piled up debts totalling over Rs 3,000 crore. He was recently in talks with Coca-Cola to offload his stake in the coffee chain. Sources said he was keen to sell 20-30 percent stake to the global soft drinks giant, but there was no clarity on the deal.

Siddhartha, who was also on the board for GTV, Mindtree, Liqwid Krystal, Way2Wealth, and Ittiam, in March 2019 attempted to solve his company’s debt issues by selling his stake in IT firm Mindtree to engineering major Larsen and Toubro (L&T). However, it wasn’t enough.

On Monday afternoon, Siddhartha left Bengaluru for Sakleshpur in Hassan district in a car. On the way, he decided to go to Mangaluru, and asked his driver to stop near a bridge across the swollen Netravathi River. He said he was going for a walk, and never returned.

In his letter to the board, he wrote that he had “failed to create the right profitable business model despite my best efforts... My intention was never to cheat or mislead anybody, I have failed as an entrepreneur.”

While his death sheds light on the dark side of entrepreneurship and the risks entrepreneurs take, VG Siddhartha will forever be remembered as the man who built India's first homegrown coffee chain and created a coffee culture in the country.