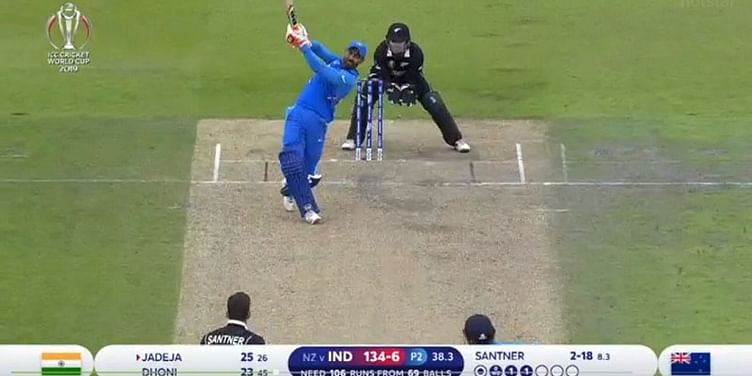 The ICC Cricket World Cup might have ended bitterly for Team India and its billion fans, but STAR India-owned OTT platform Hotstar is smiling away.

In what turned out to be a nail-biting semi-final between India and New Zealand, Hotstar scaled a new global peak in concurrent viewership, with 25.3 million users tuning in during the 49th over.

This is a new live-streaming record for the world.

Viewership had been steadily growing post the 43rd over as India staged a fightback after being reduced to 5-3. Between the 44th and 47th overs, it increased - nearly every ball - from 18.2 million to 24.4 million.

By the time star all-rounder Ravindra Jadeja got out, after giving Indian fans a glimmer of hope, Hotstar's concurrent viewership had crossed 25 million.

This surpassed the platform's earlier World Cup peak of 15.6 million, which it recorded on June 16 during the India-Pakistan match. That game had also garnered a cumulative single-day reach of 100 million.

The platform's cumulative reach for the semi-final crossed a 100 million.

In a statement to the media, Varun Narang, Chief Product Officer, Hotstar, said:

“We are thrilled about, once again, re-writing the global record for the highest concurrent video viewership anywhere in the world. With a robust technology backbone, and expertise in driving scale by changing behaviour and growing the category, we look forward to setting new benchmarks and delivering unmatched experiences to all our users.”

The ICC Cricket World Cup is being streamed across six languages: English, Hindi, Bengali, Tamil, Telugu, and Kannada. Over 65 percent of viewers hail from towns "beyond the big metro cities", Hotstar revealed earlier. Anyone with a Hotstar VIP (or higher) subscription has access to the matches.

Earlier this year, Uday Shankar, Chairman of Star and Disney India, had revealed that Hotstar now has 300 million monthly active users, and accounts for 40 percent of all long-form digital content consumed in India. That makes it India's most accessed video platform, ahead of even the popular YouTube, which has about 265 million monthly users.