Meet the Mavericks: this Founder-CEO talks about why he bet big on the markets, his love for sports, and retiring to a beach shack 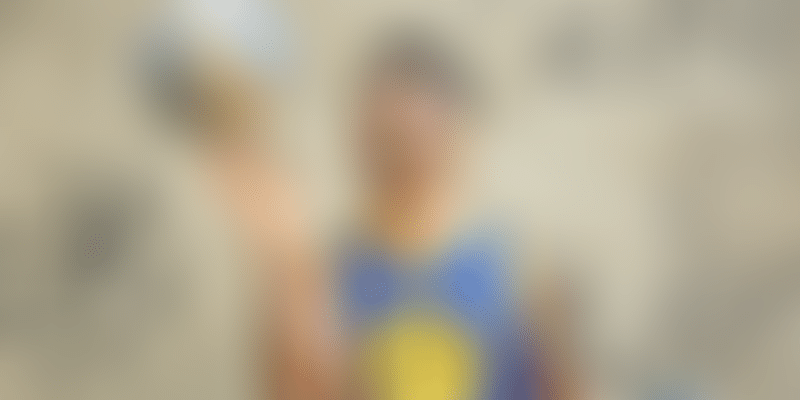 YourStory’s video series Mavericks gives you insider access into the lives of some of the country’s most successful entrepreneurs. In our fourth episode, we take a look at the bottom line with the founder of India's largest stockbroker Zerodha.

Nithin Kamath, a dab hand at trading stocks, took the biggest gamble in his life by starting Zerodha in the middle of a trading lull in 2010. Markets were in limbo after a crash the year earlier and most brokers were jumping ship to different things.

However, Nithin felt that there was space for a simple, online service that removed obstacles for people who wanted to try their hand at investing.

He bootstrapped Zerodha, a play on zero and the Sanskrit word ‘rodha’, which means barriers. Zerodha shattered the mould of the Indian stock broking industry by pioneering the discount broking model, charging a maximum of Rs 20 on futures, options, and intra-day trades.

The model caught on rapidly in India. The company currently has 1.5 million customers and 600,000 daily users and is building out its platform by investing in technology-driven financial startups.

A different kind of broker

Nithin Kamath was introduced to the markets by his friends when he was 17 years old and traded in penny stocks. He had accumulated quite a bit of money by the time he finished his engineering degree from the Bangalore Institute of Technology.

Undeterred, Nithin worked at a call centre during the night while he traded stocks in the day to build up his trading capital. This went on for a couple of years until he met an American HNI who gave him a cheque and asked Nithin to manage his money.

Eventually, he became a sub-broker for Reliance Money in 2006. Joined by his younger brother, Nikhil, the two went short on the markets, betting that it would fall. They ended up cashing out during the next market crash in 2008.

After trading full-time for over a decade, Nithin felt burned out and decided to take a break and become a broker, while his brother continued with trading. During his years in the capital markets, he realised that there was a huge disconnect between brokerages who had online platforms but required dozens of offline branches, brokers, managers, and heads to manage a network that was rapidly going digital.

Nithin felt the market needed a different kind of broker, one that he never encountered during his years of trading. That was the spark that created Zerodha in 2010.

“We thought there is a space to be a different kind of a broker, which is online and more people-first than business-first,” he says.

The business model wasn’t exactly groundbreaking, he says. Zerodha charges a flat fee for every trade, and that model had taken off in the United States already. No one had done it in India yet, but at that time - between 2009 and 2010 - no one was doing much in the markets anyway.

“To start a broking firm was probably a little stupid,” he admits.

Their idea was simple: provide a fast and reliable platform, stay online-only, and allow the clients to reap the benefits of lower costs.

Pivot to the mass market

In the early days, Zerodha was targeting active day traders to grow their business. But as the company started to scale, it realised that the audience that religiously traded in stock market instruments such as futures and options was very tiny.

Zerodha was staring at an upper limit to the number of people who could potentially sign up to the platform when it decided to pivot to building a business for investors, starting from 2014. In late 2015, it announced that all investments on Zerodha would be brokerage-free, to attract a younger, newer, and more tech-savvy breed of investors into the market.

The company managed to do this despite never raising funds from VC funds and private equity in its entire history. While the initial years were a struggle, Nithin says the lack of external investors meant that the team was in no hurry to prove to investors that they were scaling, and instead focused on developing their product.

“To be very honest, if I was a VC, I wouldn’t have invested in myself,” Nithin says.

Zerodha proved that it didn’t require any outside investment. In FY19, the company reported revenue of Rs 850 crore, and profit of Rs 350 crore.

Nithin attributes the company’s success to Kite, its mobile and web-based trading platform. He estimates that Kite contributes almost 10 percent of all retail trading volumes in India, which is significant considering there are roughly 400 retail brokers in the country.

Zerodha competes with big banks such as ICICI and HDFC, which are not as quick to adapt to new technologies. Earlier this year, the company dethroned ICICI Securities as India’s largest broker.

“The existing bunch of brokers in the country is doing a horrible job at growing the ecosystem,” he says.

He attributes the challenge to how “shallow” the Indian markets are - despite over 6.5 crore people filing income taxes, only 50 lakh invested in the market. Nithin says that India’s path to becoming an economic superpower lies in detaching from “too much reliance on foreign capital”.

The company maintains its edge by investing in financial startups through its incubator Rainmatter, which it started in 2016. Rainmatter provides funding and mentorship to startups in capital markets, in exchange for minority stakes.

Once a startup builds a product, it goes to Zerodha’s client base instantly. The products developed till now include Sensibull’s options trading platform and algo-trading service Streak.

“Each one of these guys is building niche platforms on top of us; these are all things that have helped us grow over the last three to four years.”

Nithin feels that Zerodha is in a position to enable Indians to invest more in the capital markets, which will help grow the economy. The company has been introducing different products in a simple fashion to lure more investors, especially first-timers.

The company is also trying to add other fixed income instruments such as corporate bonds and public sector undertaking (PSU) bonds, which have never been introduced to Indian retail investors.

“After doing a bunch of businesses I’ve realised that chasing money doesn’t really guarantee you money. I think it’s about doing the right things long enough; then money automatically follows you,” he says.

Nithin recounts a story his uncle used to tell about money; it’s one that he finds quite fitting. In the Hindu religion, Goddess Saraswati sits on a rock while Goddess Laxmi sits on a lotus. Things that happen in life are more like the rock, he says, while money is like the floating lotus.

“The more you swim towards it, the further away she goes from you,” Nithin notes. He recommends that novices in investing first put their money in fairly safe bets such as mutual funds and SIPs.

“For me, sports acts like an absolute recharger of sorts. I play a  game and then I’m back up,” Nithin says.

Just like trading stocks, Nithin has been playing sports almost all his life. He plays almost all kinds of sports and believes they teach the right kind of attitude to life. He is particularly drawn to basketball, as it teaches a player how to leverage his or her strengths.

“You can’t just be one physical type and play the game the same way. You have to learn what you are good at and put that to play. That’s essentially what business is all about - find the good things you have in life and leverage them to grow the business,” he says.

The Pink Floyd fan doesn’t like to bring work home with him, and often enjoys strumming a tune on his guitar. In his sprawling bungalow in Bengaluru, a collection of antique stock certificates dots one wall in his “zen zone”, while a framed autographed jersey of Lionel Messi sits on the next wall.

Nithin’s retirement goal is just one. The man who enjoys travelling dreams of having a shack by the beach, where he can play football.

“I can afford to retire right now. In my mind, I am not yet retired and I’m not ready so I don’t know when that switch will happen.”