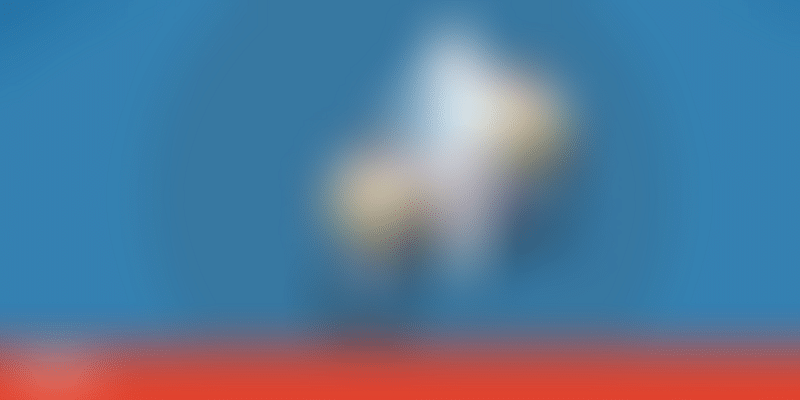 From Milkbasket and DailyNinja, to Doodhwala, several milktech startups have had a taste of success based on a simple subscription model of daily essential delivery. So far in 2019, the segment has seen funding activity to the tune of over $25 million. What has led to this sudden investor interest?

While veganism may be finding takers everywhere else, India cannot do without its piping hot filter coffee in the morning and dollops of ghee through the day. The country is the largest consumer of dairy in the world, and will soon corner over a fourth of the global consumption. But with such a large market, inefficiencies are bound to exist. Paying close attention to what consumers want is the crop of ‘milktech’ startups that ensures people can get milk delivered right at home every morning.

With hyperlocal milk delivery startups following the ‘dark supply and operational model’, a bottle of creamy milk can be delivered to your doorstep (and to everyone else’s in your apartment) even before the break of dawn. So painless is this process that you don’t have to check out the previous night when you add stuff to your online cart, or even key in your payment details.

Needless to say, this model’s high customer stickiness and touch point have made it a lucrative segment to start up and invest in—so many players have emerged in the space. And investment has been flowing like milk and honey: over $25 million has been poured into hyperlocal milk delivery startups already this year, up from over a million from 2018.

In the last three years, MilkBasket has raised the maximum funding, that is $34 million; followed by Country Delight at $10 million.

So why the sudden interest and activity, when Indians have always had milk delivered to their doorstep like clockwork?

“The market size is too vast and big to ignore. It is an innate habit of every Indian household to get milk delivered in the morning,” says Sagar Yarnalkar, Co-founder, DailyNinja, a Bengaluru-based hyperlocal milk delivery app backed by Sequoia Capital, Matrix Partners, and Saama Capital.

Bringing this large market online, therefore, became the next logical (and lucrative) step for startups focusing on hyperlocal delivery.

“In India, fresh milk has been functioning the same way for the last couple of decades. The first revolution happened with Amul but no one has tried to tackle the distribution problem. At some point we felt that we want to bring substantial chunk of India online. Milk is a very big opportunity out there,” says Aakash Agarwal, Co-founder of Doodhwala, which delivers more than 30,000 litres of milk every day before seven am in Bengaluru, Pune, and Hyderabad.

For such milktech startups adoption became easy as they did not have to deal with the crucial step of building behaviour, since a consumer behaviour pattern already existed. This, in effect, rendered stickiness on a platter for these firms that upped the offering with prepaid payments and automatic checkout.

“Once the habit is formed, the behaviour becomes extremely sticky. Everything that you need reaches your home between five and seven am. Once you do that the order frequency touches 15 to 20 times in a month,” says Karthik Reddy, Managing Partner, Blume Ventures, which has backed Gurugram-based Milkbasket.

While this was the premise that most startups in the space built upon when the first wave of hyperlocal delivery hit the ecosystem, few saw much success. Back in 2015, Pune-based Raincan, which recently got acquired by Bigbasket; Local Banaya, and Varanasi based- Morning Varanasi, all picked up the same model. But not many were able to gain scale or secure funding. In fact, between 2016 and 2017, when the highly funded hyperlocal grocery startup Peppertap shut shop, investors stepped back and refused to look at the segment closely.

The second wave of hyperlocal delivery

So, what has changed now? And if the market is so huge, why didn’t the early players score big? Ujjwal Chaudhary, Director of analytics firm RedSeer, points out that in 2016, there was limited understanding of the market and it wasn’t an easy model to execute.

“Bigbasket and Grofers had to build it from scratch and ground up. And yet, many couldn’t manage the operations and supply chain,” he adds. In a daily hyperlocal delivery model, it is important to have fill rates, stock, and the all-important logistics in place.

And while India is the world’s largest producer and consumer of milk, with over 21 percent of the world’s annual production, it is also a highly fragmented market where inefficiencies abound.

“The largest organised dairy company in India doesn’t exceed more than 10 percent of the market share, and the industry is strangely resilient to outside competition. Danone shutting down in the country is a frequently quoted example,” says Pranav Pai, Founding Partner and Chief Investment Officer, 3one4 Capital .

But existing challenges provide the best opportunity for disruption.

Doodhwala Co-founder Ebrahim Akbari believes there are various ways to reduce the double margins - by improving the supply chain and organising the fragmented market. While the first step would be to get a low or no-burn pipeline, the second challenge to tackle is elevating the business to the next level.

“There is a perceived value in defragmenting this huge market. Since this is also a large part of frequent daily consumption in most households, there is value in owning a part of the daily habit of the regular Indian consumer,” says Pranav.

RedSeer’s Ujjwal believes consolidation is key to scaling in this fragmented market, where margins are significantly low, at between two and five percent.

DailyNinja’s Sagar adds that the model needs to be a high volume one, with a minimum of 100 orders a day, as the average basket size ranges from Rs 65 to Rs 70. The supply, therefore, needs to be dense.

Earlier, many startups had used the milkman’s GMV (gross merchandise value) as their own, which lowered the margin. The supply, Blume’s Karthik advocates, needs to be built from scratch.

But what will really make a hyperlocal delivery startup stand apart is the way it manages to capture the consumer’s imagination and stave off competition. With companies in ecommerce, food delivery, groceries, and so on already showing great strength by manpower and user mindspace in that layer of the stack, Pranav opines that edging in with a daily use case will field sufficient resistance.

“It isn’t a cut-and-paste model. You need a different supply chain and separate warehouse and create packages that can be delivered between midnight and four am. Also, it is about how the bread, milk, eggs, and other SKUs are stacked and kept,” explains Karthik.

While milk is great to establish stickiness, hyperlocal delivery players need to also supplement their offerings to create true value and increase margins. Anant Goel, Co-founder and CEO, Milkbasket, believes that the model works only if you use milk as a means to get in the consumer to change their behaviour. Milk and daily essentials act as a step to order on the app; once they start doing that, dependence on other products quickly follows.

“In that sense, we aren’t just a milk delivery platform, we are focussed on grocery and ensuring that Milkbasket is your online neighbourhood kirana store,” he adds.

This diverse range of offerings beyond milk will help increase that pesky low margin and small basket size the segment deals with. Ujjwal explains that in just daily essential delivery the margins are sub 10 percent, but the volumes are over 40 percent. When grocery gets added, the margins increase by five percent.

Blume’s Karthik agrees. “The basket value increases from Rs 65-Rs 70 to Rs 125-Rs 150,” he says, adding that while there were many players in the space, the investors followed a wait-and-watch approach. “It is better to see how the market pans out and if the models work right, after which investments start happening,” he explains.

This is especially so since the space has seen several shifts in business models. At present, it does not function on margins alone. Most hyperlocal delivery firms run on the basis of consumption and supply by focussing on large apartment complexes.

DailyNinja is present in seven cities and fulfills over 90,000 orders every day. With an average basket size of Rs 70, the SKUs may not be large, but a basket has an average of 22 items, Co-founder Sagar points out. Maintaining that scale and gradually increasing the SKUs, therefore, becomes important.

Also, as the consumption starts increasing, these startups have a bank of data they are sitting on. This is always welcome news for investors.

“They can then work on bulk buy offers, private labels in their own way, and anything that could work in the micro market they supply in. It is early in the game, the consolidations have already begun, and there will be another round soon. But the market is here to stay,” Karthik says.

The Milkbasket team sees more than 70 percent of its revenues coming from non-milk grocery items at present. With presence in four cities across India, it also claims positive unit economics and a growth rate of close to 20 percent month-on-month.

“There is value in owning a high margin daily-habit business catering to the Indian household. If a startup can prove itself and build a high retention business in this space, whether it is with dairy or any other basket of goods, it would have found a valuable niche to defend,” says 3one4 Capital’s Pranav.