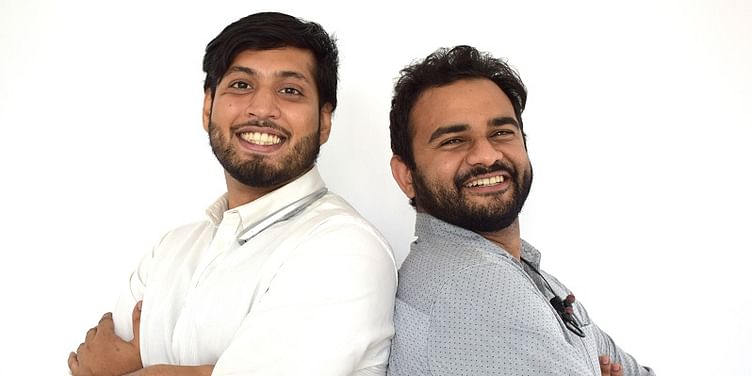 Doodhwala is on a mission to disrupt India’s milk market. In this video interview with YourStory, the founders explain how they are tapping technology to tackle the distribution problem, their value proposition, and plans for the near future.

Milk and health go hand in hand across the world, but particularly in India. However, the country’s huge milk industry remains fragmented, and there’s huge opportunity for any one starting up in this space.

Founded in 2015 by Aakash Agrawal and Ebrahim Akbari, Doodhwala is a subscription-based milk delivery platform. The startup delivers more than 30,000 litres of milk every day before 7 am in Bengaluru, Pune, and Hyderabad. Standing strong on a foundation of technology, the startup connects with milkmen to source fresh milk every day.

Watch the interaction with the founders here:

Also read: From Oman to India - the story of Doodhwala Co-founder Ebrahim Akbari

“In India, fresh milk has been functioning the same way since the milk revolution. No one really tried to tackle the distribution problem for this need of every single household in the country,” Aakash says.

Doodhwala's target group is anyone with a fresh milk subscription in India - that is basically 85 percent of the nation. Given that there is much fragmentation already and the supply chain is inefficient, Doodhwala is on a mission to disrupt that.

“We are not only disrupting, but also improving the supply chain. We have reduced dump by 70 percent,” Ebrahim says.

"Tech is a great enabler for us. Everything we do at Doodhwala has a technology back-bone to it," says Aakash.

But can a milk startup survive without the intervention of grocery?

“We see milk as a no-burn pipeline to getting into the customer's household,” Aakash says.

Having said that, the founders believe that every business has to evolve. While the first challenge is to get a low or no-burn pipeline, the second challenge is taking the business to the next level.

“Our main value proposition with customers is milk. We are not going to dilute that; that is why we are Doodhwala.com,” Ebrahim says. “It’s not our time to become an 'everything store'. Our value proposition is fresh milk, fruits and vegetables, dairy products, and a couple of other perishable food products,” he adds.

Aakash and Ebrahim are keen to get India online for groceries.

"Generally, when we talk about consumer technology, people have largely invested in the future, in getting people online. This is why some of the marquee names in the world of ecommerce are not even close to revenue," Ebrahim says.

The founders claim that they currently have the lowest operational cost in the industry (five percent), and say this is due to the right use of technology.

Ecommerce is still nascent and Doodhwala has reached only level one of maturity. “We still have a lot of levels to go,” Ebrahim says. “Companies like ours are focusing on something that creates tangible value,” he adds.