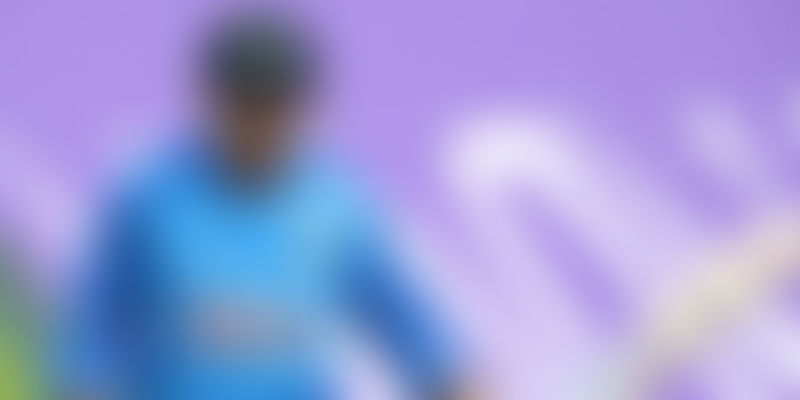 Mahendra Singh Dhoni is, what many call, an enigma. One never really knows what he might be up to, but there’s always something worth talking about. On his birthday, we list down the top five instances when MSD inspired India – and the world!

At some point during India’s World Cup game against Bangladesh last week, 21-year-old Rishabh Pant — an upcoming wicketkeeper-batsman being hailed as a successor to MS Dhoni — was hitting boundaries at will. At the other end was Dhoni himself - sedate, focused, soaking in the match, and an absolute contrast to Pant’s youthful exuberance.

Former India captain-turned commentator Sourav Ganguly, on air at the time, was fawning over Pant’s fluent batting. And then, he turned to his fellow commentator with a question: “How good was Dhoni at Pant’s age?”

The over ended; a commercial break followed. The question stayed unanswered.

India, of course, went on to win the game and secure a place in the World Cup semi-finals. Later that evening, a cricket observer on social media pointed out, “At Pant’s age, Dhoni was still a ticket collector at Kharagpur railway station.”

That statement perhaps sums up everything one needs to remember about Mahendra Singh Dhoni: the long-haired man from Ranchi who went from non-ubiquity to becoming a demigod in a country of cricket fanatics and inspiring an entire generation with “that last-ball six” — as Rahul Dravid described it in a recent sports show — which won India the elusive World Cup.

“For our generation, the iconic image was of Kapil Dev lifting the World Cup at Lord’s. This generation of kids were inspired by that Dhoni six,” Dravid said.

It is worth noting that Dhoni achieved all this and more in less than a decade of debuting in India colours. He even captained the team across all formats. In 2018, he was awarded the Padma Bhushan, India’s third highest civilian honour.

Cut to the present, and the 38-year-old may be struggling, particularly with his batting. He’s come under a lot of flak in the ongoing World Cup for failing to accelerate India’s scoring rate during the end overs, thereby putting pressure on his batting partners. It has cost the team a few precious runs too.

But, when it comes to Dhoni, opinions are always polarised. Some say he’s being unfairly targeted given his batting average still sits pretty above 50, while others claim that he’s overstayed his welcome, and must make way for new talent.

Regardless of where one stands on the subject, there is no denying that Dhoni has been one of Team India’s most significant players in the last 15 years. His past exploits continue to overpower his present drought of runs. On his birthday, YourStory remembers five instances when the man inspired us all.

Dhoni played his first ODI against Bangladesh in late 2004. It wasn’t a great debut, with him getting out for a duck. The series turned out average as well. But, the selectors persisted with him, and Dhoni announced his arrival in grand style with a 123-ball 148 against Pakistan in the next series in 2005. His innings included 15 boundaries and four sixes, and was the highest-ever score by an Indian wicketkeeper.

The cricketing world sat up and took notice.

If anyone thought that the 148 against Pakistan was a flash-in-the-pan, Dhoni had other plans. Within six months of it, he played another destructive knock against Sri Lanka - this time batting at the all-important position of #3. His long, brown tresses danced in the air as he took off his helmet to celebrate a swashbuckling innings of 183 from 145 balls, which included 10 sixes and 15 boundaries. India, of course, went on to win the match comfortably, and Dhoni remained unbeaten on what was the sixth-highest ODI score at that time.

A star was born. The papers went ballistic the next day.

By 2007, Dhoni’s stature as a batsman had grown. He had already earned the moniker of “best finisher” in ODI cricket, but Captain Dhoni was yet to be tested. Just before the inaugural T20 World Cup in South Africa, he was appointed captain and asked to lead a bunch of fairly inexperienced youngsters. This was also the time when Indian cricket was at its lowest after the team’s early exit from the 50-over World Cup that year. The coach was sacked, several players benched, and the entire team needed an overhaul. Dhoni was tasked with the responsibility. In a memorable turn of events, India went on to win the World Twenty20 championship, defeating Pakistan in a last-over thriller. Much of the credit rightfully went to ‘Captain Cool’ for his inspired leadership.

The nation had found a new hero to pin its hopes on.

The crowning glory at Wankhede

Between 2007 and 2011, the legend of Dhoni grew by the day. India’s former greats from the 90s and the early 2000s, save Sachin Tendulkar, had retired by then. Dhoni stitched together his own team that was touted as “favourites” to win the World Cup in 2011. He had a quiet start to the tournament, scoring just 150 runs in the first seven games as India qualified for the finals at Wankhede Stadium in Mumbai. In what would go down as a historic decision by the captain, Dhoni promoted himself in the batting order ahead of the in-form Yuvraj Singh, to score a 75-ball 91 and hand India an unforgettable win.

It was the innings of a lifetime, and one that gave Indian cricket its finest moment in 28 years. Dhoni’s stock soared as a billion-plus people went into collective ecstasy.

Some years later, the legendary Sunil Gavaskar was heard saying, “When I die, the last thing I want to watch is the six that Dhoni hit in the World Cup final.”

If Dhoni is God in India, he must be the God of Gods in Chennai. Or, so they say. He’s been associated with the Chennai Super Kings since the inception of the Indian Premier League in 2008, led them to three championship titles so far, and charmed the city’s cricket fans like none other. After two years in the wilderness following a ban on account of match-fixing, CSK returned to the IPL in 2018 to register an emphatic win - their third title under Dhoni. The captain remarked at the post-match presentation, “It feels good, to come back after two years and win. The crowd deserved the first innings, the second innings.”

Surreal. Perhaps Dhoni’s 15-year-long career can also be summed up by that.