WATCH: Online shoe startup Rapawalk wants to get a foot in the door with its handcrafted offerings 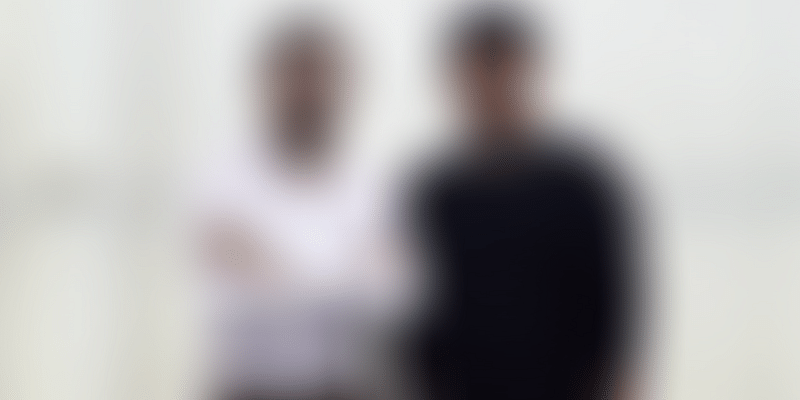 Online shoe startup Rapawalk is bringing the world to Indian men’s feet. In a conversation with YourStory, Co-founders and IIM alumni Kashif Mohammad and Aravind Madireddy reveal why they launched a range of handcrafted, Italian leather shoes, and the path they want to traverse now.

In fashion circles, 2014 spy caper Kingsman: The Secret Service is famously remembered for the big shoe debate. A suave Kingsman apparently wears only "Oxfords, not brogues”, a dialogue that led to a maelstrom of misunderstanding. It was to clear these common misconceptions and give Indian men a taste of Savile Row that Kashif Mohammad and Aravind Madireddy, alumni of IIM-Ahmedabad’s 2014 batch, in 2018 started online shoe startup Rapawalk.

In this video interview, Kashif and Aravind discuss the opportunity they saw and why they decided to build a brand for new India:

The Bengaluru-based online platform lets customers shop for curated designs or personalise any style depending on feet size, width, and comfort, using an advanced 3D configurator.

Referring to the Kingsman debate and how often Indian men don’t know their shoes, Kashif Mohammad, Co-founder of Rapawalk, says:  “Unlike what the movie conveys, Oxfords can be brogues too. At Rapawalk, we offer all kinds of styles and designs to the Indian man, be it Moccasins, Derbys, or Monks. We make the shoes on order, based on your walking and styling requirements."

Indian men have long suffered from lack of options when it comes to footwear, especially formal ones. Ecommerce platforms may have widened the market but bespoke leather shoes aren’t easily available. This could also account for the fact that not everyone knows their shoes. Are those espadrilles, loafers, boats, or chukkas?

The duo lived in the same housing complex at IIM-A and became friends during business plan competitions. Together they won so many competitions that CII picked up Kashif as a future entrepreneur and gave him a small stipend to continue with entrepreneurial ideas at the IIM. Aravind worked as an investment banker for three years before running into Kashif, who convinced Aravind about building a brand for leather goods.

“We surveyed the market and realised Indian men never had the right fit when it came to formals. There weren't any brands addressing this problem. The emphasis on premium handcrafted leather shoes was an opportunity waiting to be tapped,” Aravind says.

The duo travelled to Europe in 2017, and studied how leather is sourced and handcrafted shoes are made. They signed up with a vendor and returned to India where they met several manufacturers in the Tamil Nadu region. They finally found a manufacturer in Vellore who was willing to work with them.

The duo invested close to Rs 1 crore of their own money into the venture and began with small orders. Two years down the line, the startup produces 1,000 pairs of shoes a month and is investing in expanding a line.

The co-founders do not disclose revenues, but say that Rapawalk can be big name especially after they open experience stores or tie up with retailers across India.

From pretty paisley to Game of Throne characters, Lazy Jojo lets you print on your shoes

If the shoe fits…

In April, Rapawalk secured $350,000 in its angel round of funding from a group of wealthy individuals. The investors who participated in this round included Raveen Sastry, Co-founder of fashion retailer Myntra; Ravi Garikipati, former CTO at Flipkart; Sanjay Ramakrishnan, former marketing chief at Myntra; and others. The footwear firm had then said it would use the funds to hire experienced professionals and strengthen its business.

“We have several plans and in the next 18 months you will see Rapawalk increase its physical presence. Currently, we are strengthening our online business," the founders say.

E&Y pegs the Indian retail industry at $650 billion. According to Research and Markets, the global footwear market size is approximately $246.07 billion. Growing at a CAGR of 4.5 percent in the period 2017-2023, the market is projected to reach $320.44 billion by the end of the forecast period.

Key production centres in India include Kanpur and Agra in Uttar Pradesh, and Ranipet, Vaniyambadi, and Ambur in Tamil Nadu. The sector is fragmented and close to 75 percent production comes from the unorganised sector, including very small, small, and medium enterprises.

Clearly, there’s a big opportunity out there. And Rapawalk may be a shoo-in for success!

Starting with Rs 2 Cr, Monrow rakes in Rs 6 Cr in just one year