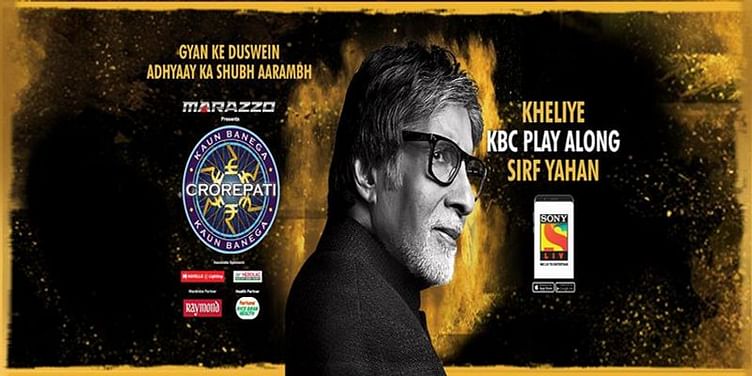 Now, you can play AR games on SonyLIV, based on popular shows including Kaun Banega Crorepati, CID, Crime Patrol, The Kapil Sharma Show, and others. You can also stand to win cash prizes.

With India's OTT entertainment space heating up significantly, most streaming platforms are looking to offer differentiated services to users.

In a first-of-its-kind offering in the industry, SonyLIV (owned by Sony Pictures Networks) has unveiled an OTT gaming platform that will house more than 100 show-based games, multiplayer video quizzes, and Augmented Reality sets.

The platform is targeting a reach of 50 million users with games based on some of Sony's most popular shows - Kaun Banega Crorepati, CID, Crime Patrol, The Kapil Sharma Show, Tenali Rama, and more.

The content will roll out in a phased manner, and there will be "something for everyone between the age group of 7-35 years", SonyLIV announced in a statement. This is in line with India's OTT consumption patterns, with 89 percent of the users under 35 years of age, according to a recent report by Counterpoint Research.

While SonyLIV's exact user base could not be ascertained, the report revealed that more than 40 percent its users hail from Tier-I cities.

The gaming platform will also look to engage users with additional features where they stand to win cash prizes. The 'Daily Rewards Feature' will also give them an opportunity to meet-and-greet celebrities and/or attend shoots of Sony's popular shows including, KBC, Indian Idol, and others.

“India houses 10 percent of the world's gamers and this number is slated to rise exponentially. With the launch of our OTT gaming platform, we intend to trigger this target segment and capture the market. This falls in line with India’s OTT market share predictions, which is expected to triple its size in the next four years."

According to industry estimates, India's gaming sector is poised to reach Rs 118.8 billion by 2023. A sizeable share of that would be online gaming, which has taken off in the last few years due to improved internet access across the country and increased availability of gaming apps and services.

For six-year-old SonyLIV, the new gaming platform is an opportunity to stand out in the cluttered OTT market, currently dominated by Disney-owned Hotstar, and global biggies such as Netflix and Amazon Prime Video.

But, with 79 percent of India's OTT audience consisting of men, SonyLIV's gaming platform could well turn out to be a hit!