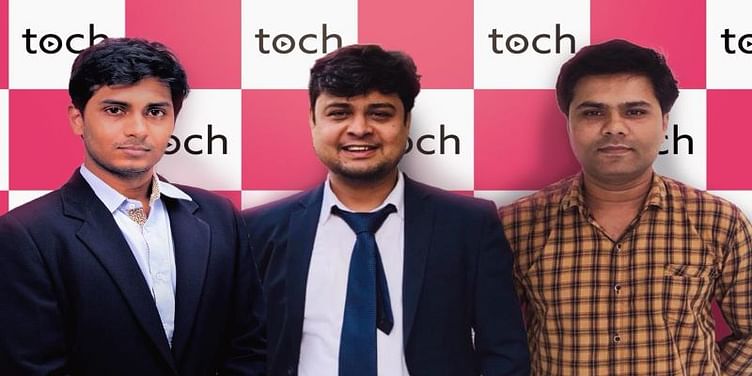 Mumbai-based startup Toch said the funding raised will be used to upgrade technology and scale its team and operations. The platform uses artificial intelligence (AI) and deep learning technology to detect objects, people, emotion, location and activity seen in the video content in real-time.

Mumbai-based interactive video platform Toch on Monday announced that it has raised $450,000 in pre-series A funding led by investors from Hyderabad Angels, Mumbai Angels and other high net worth individuals (HNIs).

The amount raised will be used to upgrade technology, scale their team and operations.

Speaking on the occasion, Founder and CEO Vinayak Shrivastav said,

"We have automated the decade old meta-tagging opportunity and hope to increase our revenue four times this year. Toch is currently enabling meta-tagging for live sporting events, live shows and library-based content for streaming platforms and is venturing into broadcasting meta-tagging simultaneously.”

The media-tech platform also detects touchpoints, extracts metadata to enrich content data points, and automates the meta-tagging process. With a focus on gaining market traction at present, the startup is planning to rebrand itself in live commerce category before the end of the third quarter.

In an official statement, Rathnakar Samavedam, Portfolio Manager at Hyderabad Angels said that the vision of the founders excites them in supporting Toch’s growth.

“We believe Vinayak and team are building a disruptive technology in the media and commerce space. With live commerce becoming the centre in the country after China, Toch has positioned itself as a platform to enable the new-age live discovery solution for users,” he added.

Toch is carving a space for itself in the competitive video platform in India. Going forward, it hopes to build a social media platform where users can share ideas, views and their smart videos by leveraging the ‘Toch intelligence’.

In May, tech behemoth Alibaba invested $100 million in the short-video sharing app VMate.

“Toch’s technology is already powering leading media companies in the digital media revolution. And the technology can be further leveraged across other sectors for a significant consumer play.”