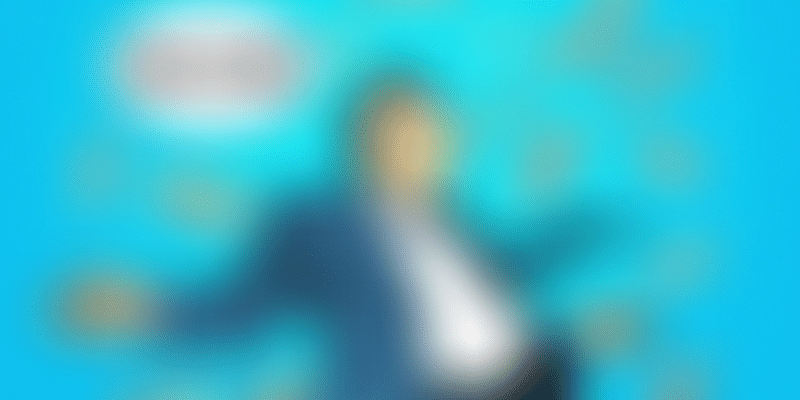 Unicorn India Ventures, a four-year-old VC fund from Mumbai, set out to become an entrepreneur’s first formal financier. It also went on to refine their business models, help them scale up, and secure later-stage investments from big names.

When Bhaskar Majumdar and Anil Joshi set up Unicorn India Ventures (UIV) in 2015, they were certain that it wouldn’t be “a very large fund”. UIV chose to not become one of those leviathans that dominates the investing news cycle today.

It started with a modest corpus of Rs 100 crore with the aim of being the “first institutional investor” in early or even concept-stage startups.

Typically, Bhaskar (a media tech veteran) and Anil (who ran Mumbai Angels) would be the first ones cutting a cheque to an entrepreneur. The investment ranged between Rs 1.5 crore and Rs 2.5 crore. Sometimes, it would be at the seed stage, and sometimes, a pre-Series A round.

But, the focus remained on young, fresh-faced entrepreneurs, “who were great with ideas, but struggled to scale a business”, as Bhaskar puts it.

In four years, Mumbai-based UIV has invested in about 18 startups in sectors like SaaS, fintech, social media, IoT, and analytics - mostly B2B. Interestingly, the firm’s only failed investment so far has been in the B2C segment: Roder, an intra-city, ride-hailing startup that shut down in 2017.

“Once the Olas and Ubers took over, it became nearly impossible for other players to survive in the taxi market,” Bhaskar Majumdar, Co-founder and Managing Partner, UIV, tells YourStory.

The Roder failure served as a lesson, one that helped refine UIV’s focus on the B2B space. It made them stay away from consumer internet firms thereon.

Bhaskar elaborates, “Our initial investments were all classic - B2C, young entrepreneurs in their 20s, with a conquer-the-world approach, and so on. Everyone was out to make a quick buck.  As the industry grew, we started working with mature entrepreneurs who had quit their jobs after 10-15 years to launch their startups. They were in their late-30s or early-40s and were keen on creating B2B platforms within the industries they had worked for.”

These B2B entrepreneurs had a lot of domain expertise, and usually looked for investments only after an MVP was ready as opposed to B2C entrepreneurs who, at times, required heavy investments to get their ideas off the ground.

“In a high-growth market like India, B2C needs very large, deep-pocketed investors,” Bhaskar says. “But, there are also funds that stay away from consumer internet companies. That needs a different kind of appetite as well,” he adds.

UIV became that fund, the one that skipped B2C investments for good.

Its cause was helped by the fact that plenty of B2B businesses mushroomed post-2014 because of the digital push from the government. The Centre became, what Bhaskar calls, “a key enabler in the startup ecosystem”.

Most of these companies are gearing up for “large” Series A and B rounds in the next three months, the VC reveals.

Overall, UIV is making 3.6x returns on its investments now. “That, I would say, is a pretty healthy rate,” Bhaskar notes, adding, “Because we invest in very early-stage companies, our risk-to-reward ratio is higher compared to other investor’.”

Two more funds along the way

To drive its next phase of growth, UIV has unveiled a second equity fund with a corpus of Rs 400 crore (about $56 million). This fund will focus on “tech heavy sectors” such as AI, robotics, IoT, 3D cyber security, fintech, fantasy gaming, and other deep tech enterprises. It has already received a commitment worth Rs 50 crore, and is expected to close Rs 150 crore by the year-end.

UIV plans to utilise the second equity fund to invest Rs 3 crore-Rs 5 crore at the early stage of high-growth startups, and follow it up with Rs 10 crore-Rs 30 crore during their Series A and Series B rounds.

Anil Joshi, Co-founder & Managing Partner, UIV, says, “We launched our first fund in 2015 and since then have invested in a variety of startups. Around late-2017, we actively started scouting for investment opportunities in more tech heavy sectors... Today, our portfolio from the first fund is one of the best-performing in the industry and we hope to continue our track record.”

UIV also operates a third (cross-border) fund: Unicorn Ascension EIS fund, which it floated last year, in partnership with UK-based early stage VC AscensionVentures. The fund has already invested in six early-stage UK startups, and is targeting 30-40 investments over five years. It has a corpus of £5 million.

Bhaskar says, “Having a cross-border fund helped us in getting insights from mature economies. That is how when Openbank came to us, we were aware of the emerging business model and were ready to invest. This gives us a boost and a belief that we have a knack to spot a potential winner in the early days.”

Finding winners in a changing landscape

What really has changed in the investing ecosystem in the last four years?

“I believe we’re reaching a stage of maturity now. There was a time around 2014-15 when the sentiment was that startups could do no wrong. Then in 2016, it became they could do no right. By the end of 2017, there was some rationalisation with more patient capital coming in. Even the naysayers realised that it was not a lottery, and was a real asset class. Then, in 2018, the Flipkart buyout served as validation for the industry.”

The other major trend taking shape is the increasing emergence of startups from beyond the big three “hubs” (Bengaluru, Delhi-NCR, Mumbai). Or, what we call the rise of ‘Startup Bharat’.

“That’s a good way to describe it,” says Bhaskar, adding, “In the next few years, we’ll see winners coming out of Jaipur, Kochi, and a few other places.”

He describes it aptly with a cricket analogy, “In the 70s and 80s, if you looked at the Indian cricket team, it was dominated by players from Delhi, Bombay, and Bangalore. Now, it is the complete reverse. There are hardly two-three players from these big cities. That’s how the startup ecosystem is evolving too.”

Also, founders are more “growth-oriented” now. Earlier, it took them four years to go from a $400 million valuation to $1 billion. Now, courtesy a few giant VCs that are rewriting the rules of investing, it takes under two years to get there.

Bhaskar reserves his comments on specific investors, but states, “It is becoming a winner-takes-it-all market.”

Hits, misses, and a hands-on approach

UIV reckons Open Bank has been one of its most “satisfactory” investments so far. Asia’s first neo-banking platform for SMBs and startups, the Bengaluru-headquartered Open Bank secured a Series B funding of $30 million led by Tiger Global. “After the first investment, we followed Open in subsequent rounds, and got substantial returns,” Bhaskar reveals.

In 2017, UIV backed micro-lending startup Smartcoin when it was disbursing loans worth just Rs 5 lakh a month. Now, that has grown to Rs 25 crore-Rs 30 crore a month. Bhaskar says,

“We have been involved hands-on with Smartcoin, and helped scale their business. They have a lean team but a strong, tech-heavy product and that is the model we prefer.”

Last year, UIV backed Kerala-based Genrobotics, which has developed robots to end manual scavenging, with a seed investment. “It is one of the most talked about companies today,” Bhaskar shares. (Genrobotics has even attracted the attention of celebrated angel investor Rajan Anandan.)

But, sometimes, investors have to do more than just invest. They also have to bear the consequences of a brilliant idea they back.

For instance, the robot developed by Genrobotics threatens to take away the livelihoods of hundreds of manual scavengers. “So, we had to work with them on the ground level, take care of the reskilling of scavengers, and ensure that they can now become operators of the robots,” Bhaskar reveals.

UIV wears this hands-on approach to startups with a lot of pride. Of course, there have been a few misses. (More missed, than failed, investments.)

Without divulging names, Bhaskar says, “There was a gaming startup we had discussions with, but didn’t go ahead.”

The risk didn’t seem worth it then. But, now UIV is “pro-actively” looking at startups in online gaming, sports betting, and fantasy sports.

Just like entrepreneurs, investors learn from their mistakes too!