WATCH: The week that was - from India’s first polo startup to OYO’s foray into the coworking space 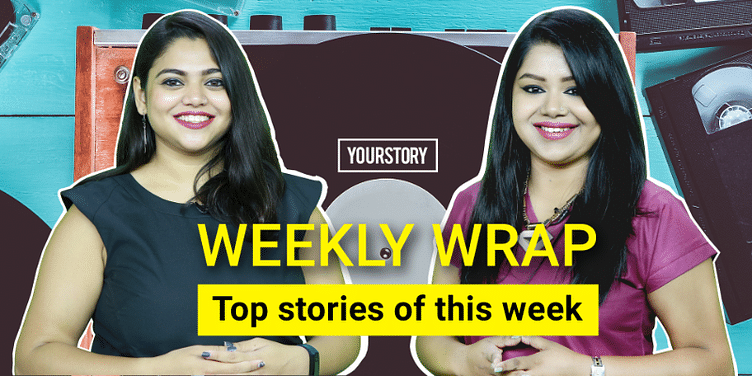 This week, we bring to you the story of India's first polo startup, Karix's Gurteshwar Singh, and an EV startup from Coimbatore. Hospitality unicorn OYO made headlines this week with its foray into the coworking space.

Often called the “sport of kings”, polo is one of the world’s oldest team sports. Its origins can be traced to Persia (Iran) between 6th Century BC and the 1st Century AD, but few may know that the modern version of the game has its roots in India.

This week, on Techie Tuesday, we spoke to a college dropout who went on to become a cloud telephony expert. Meet Gurteshwar Singh, Director, New Product Development at mobile enterprise engagement platform Karix. If anything, Gurteshwar’s story is a testament to the fact that there is no single, obvious route to success. And, most importantly, that you don’t need a fancy degree to land your dream job; just an unwavering passion and fascination for the field of your specialisation, which in Gurteshwar’s case was technology.

For a long time, electric vehicles were synonymous with Tesla. Elon Musk's automotive and energy company has been an inspiration to many aspiring young entrepreneurs, including 23-year-old Guhan RP. In 2017, the mechanical engineer set up Coimbatore-based EV tech startup Gugu Energy, which aims to accelerate India’s shift to sustainable energy.

With this move, the SoftBank-backed hospitality chain, which currently operates in hotels, homes, and co-living, is now looking keenly at the coworking segment.

Trading through algorithms is a rage in the US, and it is just about moving up in India. Why is algo, or algorithmic, trading so important? This form of trading uses a computer program that follows a defined set of instructions (an algorithm) to place a trade. The advantage is that it generates profits at a greater speed than a human trader.

Started in 2017, Kuants offers an Algorithm Lab on which stock traders, investors, and enthusiasts can create, and test different trading algorithms without the need for coding.

Finally, let us show how travel booking company MakeMyTrip is showering love on India’s rich history. MakeMyTrip has partnered with ASI for online bookings for 116 historical monuments. It will offer an online booking gateway to world heritage and well-known monuments under the protection of ASI, including the Taj Mahal, Red Fort, Qutub Minar, Humayun's Tomb, Khajuraho Temple, Charminar, Golconda Fort, among others.

The partnership is a collaborative effort between the tourism stakeholders to effectively promote India's rich heritage tourism.

Watch other video interviews, stories our viewers loved this week:

For someone who has spent more than 20 years in the learning space, building and managing learning solutions for organisations, starting up with a language learning portal seems like an obvious choice. But Deepak Desai, the Founder and CEO of edtech platform Ardor Learning, had more than one reason to embrace the entrepreneur’s life.

First, his vast experience in the education industry and the superior technological resources at his disposal made an online platform facilitating language learning a natural progression. Secondly, as Deepak explains, it was his way of “giving back to India”.

Nine-months-ago, Rajesh Yabaji, Co-founder and CEO of BlackBuck, met Deepak Warrier, former data scientist from American Airlines and Myntra, to create meaning out of the data he had gathered from fleet operators and truckers in India.

Rajesh co-founded BlackBuck in 2015 along with Ramasubramaniam B and Chanakya Hridaya. It is a marketplace for shippers, truckers, and fleet owners to discover cargo to be transported and match the pricing on given routes.

And in just four years, BlackBuck has gathered data of 300,000 truckers and 60,000 fleet owners. The startup has also raised a total of $285 million from Accel Partners, Goldman Sachs, Sequoia Capital and a clutch of other investors.

Launched in 2010 by Sampreeth Reddy (34), it aims to empower the youth through transformative learning experiences.

Each year, Marico Innovation Foundation (MIF) picks 10 to 12 companies to mentor under its scale-up programme, where startups learn about strategy and marketing.

It also has an agriculture and agritech (Innovate2Cultivate) cohort of nine startups. Its head, Priya Kapadia, talks about what has been the impact of MIF.

Why Veri5Digital chose Aadhaar to build its technology, and how it cracked the identity conundrum in India

Veri5Digital was started by Saru Tumuluri in 2016, as an entrepreneur in residence (EIR) at Khosla Labs, in an attempt to build identity technology around Aadhaar’s digital signatures, KYC, and video KYCs.  The company solves issues around KYC and identity using deep tech like artificial intelligence.

In a conversation with YourStory, Saru talks about how the company continued to grow even after the Supreme Court verdict last September that stopped Aadhaar from becoming the primary form of identification for Indians.