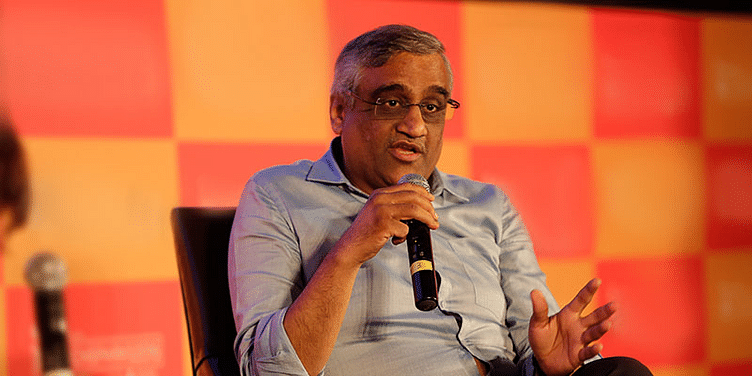 But what does Future Coupons do? Although it has no mention in the annual reports of the company, Future Coupons has been around since 2008. Nevertheless, Amazon picked up stake in the company so that they could hold a percentage of stock in Future Group.

The promoter group (Biyani and family) owns 47.02 percent in Future Retail. Future Coupons holds 39.6 million warrants in Future Retail, which amounts to a 7.3 percent stake in the company.

Sources close to YourStory say that Amazon is going to acquire the stake through warrants for Rs 2,000 crore. If this is true then Amazon has paid a premium to acquire Future Coupons, and this jacks up the valuation in Future Retail.

This can mean Amazon will hold about 3.58 percent percent of Future Retail.

The deal value was not disclosed but if you look at Future Retails market cap and convert the 3.58 percent to a value then Amazon's value in the company is just a little over $100 million. Amazon is going to use this to launch payment products for corporates and institutions.

As part of the agreement, filed with regulators, Amazon will have the right of first refusal to purchase more stake in Future Retail both directly as well as via entities.

According to the deal, the promoter family will not transfer shares to specified persons and will ensure right of first offer in favour of Amazon. All this is subject to regulatory approval.

In the end, Amazon has been trying to acquire a 10 percent stake in Future Group to enter the grocery segment to help build its grocery ecommerce business, Amazon Fresh.

Amazon Fresh is currently offering 5,000 kinds of items, including fresh fruits, vegetables and meat, as well as some items from home and personal product categories.

At present, Future Retail operates more than 1,600 stores in India.

It has also been reported that Amazon is talking to Reliance Retail for a stake. The future is clear. Amazon wants to get into every aspect of India's consumption. It's not just the top 56 cities that Amazon is after, perhaps it wants to add 500 towns and smaller cities to its consumption kitty.

FDI rules allow Amazon to take a stake in companies if they are sourcing less than 25 percent from one entity. With volumes and clever partnerships or clever accounting, Future Group will be a small portion of Amazon's consumption history.

The stock dropped by 5.67 percent to Rs 390 on BSE in the late morning session.

On the NSE, the stock tumbled 5.61 percent to Rs 390.50. The counter witnessed heavy volume as more than 27 lakh shares of the company were traded on NSE. The trading volume spurted more than eight-folds on BSE to around 1.65 lakh.

Future Retail in a late filing to bourses on Thursday announced that Amazon will make an equity investment in a promoter group firm Future Coupons for a 49 percent stake.

Kishore Biyani, on behalf of the existing shareholders forming part of the promoter group and Future Coupons Limited (promoters), has entered into a share subscription agreement and a shareholders' agreement with Amazon.Com NV Investment Holdings, the filing said.

"Amazon has agreed to make an equity investment in Future Coupons Limited for acquiring a 49 percent stake comprising both voting and non-voting shares," the Kishore-Biyani-led Future Retail said in the filing.

As part of the deal, Amazon has been granted a call option, which allows Amazon to acquire all or part of the promoters' shareholding in Future Retail Limited and is exercisable between the third to 10th years, in certain circumstances, it added.