From Ashton Kutcher to Big B: these international celebrities are also startup investors 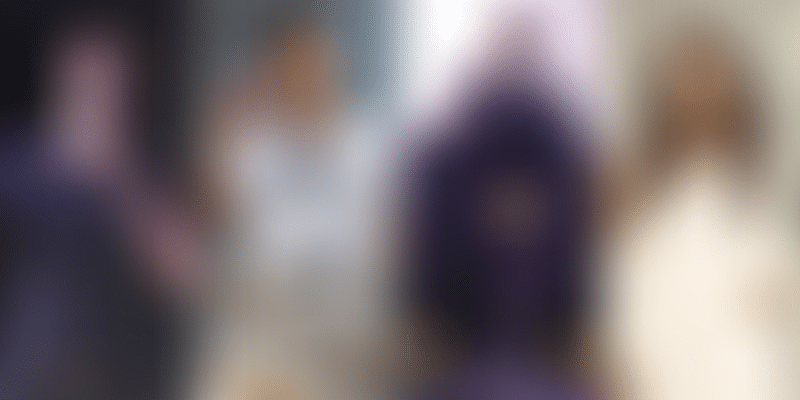 Here is a list of 10 international celebrities including movie stars and rockstars who have invested in startups.

It is not just venture capitalists and big investors who can fund your startup dreams. Going by the trend in the last few years, several celebrities from across the globe are making it a habit to regularly invest in the startup ecosystem across the world, including India. Many of them have even started their own funds. Here is a list of stars from the world of movies and music who are startup investors.

The star of ‘That 70s Show’ is perhaps the most active of all celebrity investors. He has invested in startups such as Spotify, Airbnb, and Uber. In fact, Ashton has his own venture fund called A-Grade Investments that he runs with two other partners - entertainment manager Guy Oseary and investor Ron Burkle.

The ‘Ghost’ star and Ashton Kutcher’s ex-wife has invested in Thrive Market, an online marketplace that sells organic and natural beauty products, home, grocery, and personal care products. She has also bet her money on Vita Coco, the world’s leading brand for coconut water.

The ‘Queen of Pop’ has also made significant investments in Vita Coco to the tune of $1.5 million. She made the investment in 2010 after reportedly drinking Vita Coco every day while on tour and being very impressed by the product.

The Oscar-winning acclaimed actor led a $4 million investment round in 2011 in Israel-based social mobile photo and video sharing app Mobli (that shut in 2016). Since then the ‘Titanic’ star has invested in Suja Juice, a startup which makes beverages such as organic, cold-pressed juices, and kombucha. He has also invested in Casper, which sells mattresses, pillows, and dog beds.

The ‘Iron Man’ has bet his money on Ethos Technologies Inc, a life insurance startup; Loot Crate, a subscription box service (that filed for bankruptcy this month) and Masterclass, an interactive online video platform that offers classes by famous athletes, actors, singers etc. The reel-life Tony Stark also has his own VC fund called Downey Ventures.

The multifaceted and ‘ageless’ actor, singer, and director also has an investor avatar, having put his money in a number of startups. The frontman for ‘30 Seconds to Mars’ has invested in Slack, Uber, reddit, digital health platform Headspace and electronic signature service DocuSign.

The former Miss World, actor, and singer has invested in dating and social media app Bumble and coding education company called Holberton School. Her husband, singer Nick Jonas too is an investor in startups having put his money in Ember, a company that sells temperature-controlled mugs.

In fact, in 2017, the actor set up KA Enterprises to back businesses and all her investments have been through the firm. She has also put money into online furniture rental platform Furlenco, and beauty products marketplace Purplle.

The ‘Big B’ of Bollywood who made his first appearance in a Hollywood film with Baz Luhrmann’s ‘The Great Gatsby’ jointly invested $250,000 with his son Abhishek in Singapore-based Meridian Tech Pte Ltd, which owned Ziddu.com. Earlier in 2013, the megastar had invested in local search engine firm Just Dial.

From Priyanka Chopra and Kajol to Aishwarya Rai, Indian women celebs have taken the world by st...