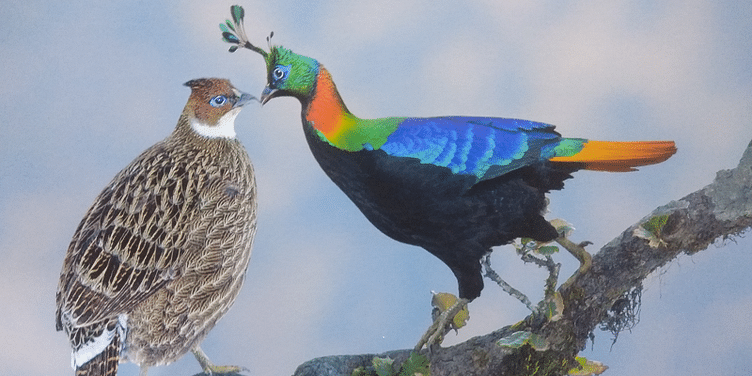 In this photo essay, we showcase some outstanding wildlife pictures on display by photographers from around the world. Festival founder Rohit Varma joins us in an interview on the scope of activities this year, and what each of you must do to pitch in.

The sixth edition of the Nature and Wildlife Festival is being held this weekend at Chamara Vajra in Bengaluru (see our earlier photo essays on the 2018 and 2017 editions, and interview with Nature inFocus co-founder Rohit Varma). The event also includes film screenings, exhibits by nature tour companies, and a photography competition with stunning entries from around the world.

The festival was started back in 2014 by Kalyan Varma and Rohit Varma. The annual conference attracts photographers, filmmakers, biologists, historians, photographers, and ecologists from across the globe, discussing nature, wildlife and conservation.

A number of films were also screened, such as ‘Daroji’ (Sugandhi Gadadhar), ‘Coral Woman’ (Priya Thuvassery), and ‘Soul of the Nilgiris’ (Ramya Reddy). The inaugural NiF Film Awards were won by Pankaj Singh and Shaktiraj Jadeja (‘The Boy Who Saw More’), Mihir Godbole and Vishwatej Pawar (‘Treasures of Grasslands’), Aravind Mohanraaj and Cibi (‘The Wetland’s Wail’), and Hardik Rathod (‘The Bird Who Never Gave Up’). The Mobile Moments award was won by Ravi Shankar (‘Enter The Dragon’).

In this photo essay, we sample some of the outstanding 120 pictures on display (see list of winning entries here). Winners were chosen in the categories of Animal Portraits, Animal Behaviour, Conservation Issues, Creative Nature Photography, and Wildscape and Animals in Habitat.

Sounak Datta won the Animal Portraits category for ‘Nothing To See Here’, Aniket Thopate won the Creative Nature Photography category for ‘You’ll Float Too’, and Salil Nair won the Wildscape and Animals in Habitat category for ‘In Heat, On Snow’. The Conservation Issues category was shared between three images: ‘A Tale Of Two Cities’ by Sarang Naik, ‘Crossing The Styx’ by Ankit Kashyap and ‘New Enemies’ by Devki Nandan. The Young Photographer category was won by Wewin Pandian.

“A number of countries are facing acute water scarcity, and one of our campaigns launched here urges people to conserve water and submit ideas on improving water security,” Rohit explains. The campaign was launched in partnership with Astral Pipes, and outstanding projects and proposals will be recognised and awarded next year.

“Nature and wilderness are so important for society today. Get involved with preserving nature,” Rohit urges audiences. “Find out what is going on in the field. Make our planet more green and livable for all beings,” he signs off.

Now, what have you done today to pause in your busy schedule, relook at your surroundings, and do your bit for nature?