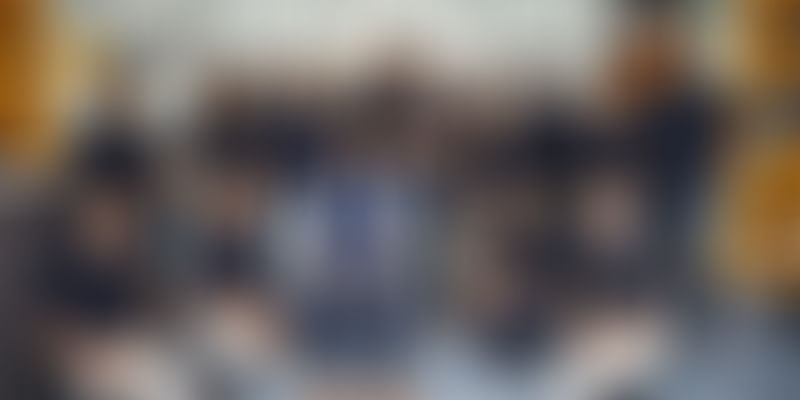 Bon acts as a facilitator between customers and NBFCs, and wants to make getting credit for its audience as easy as getting a new sim card.

It was 2016 and Bhasker Kode, Product Engineer at Helpshift, was on his usual commute to office when he started chatting with the driver. By the end of the ride, he realised that the driver partner did not have access to formal credit facilities and noted down his contact number. Bhasker made this a regular practice and by the end of the month, he had more than 50 contacts saved as “Good Driver” on his phone.

“I was aghast to know that while their average income was between Rs 15,000 and Rs 30,000 a month, they were still unable to use facilities such as a credit card,” 35-year-old Bhasker says.

Drivers have to rely on informal means of credit and local money lenders that aren’t just inefficient but also expensive.

Two months later, with these ‘good drivers’ in mind, Bhasker quit his job to start up a credit card service for the gig economy. And, Bon, meaning ‘good’, was incorporated in May 2016. The Pune-based startup serves as a platform to connect members of the gig economy to money lenders, mostly NBFCs (Non-Banking Financial Companies) with loan books of less than Rs 100 crore.

At present, the startup has partnerships with Uber and Swiggy to provide regular credit to almost 30,000 fleet drivers and delivery executives.

“We want to make getting credit for this audience as easy as getting a sim card,” Bhasker adds.

[Techie Tuesday] A reluctant engineer who went on to build tech products before their time - th...

Bon’s pilot product, Bon Card, was launched in January 2018. Any customer can walk into a Bon retail outlet in Mumbai, Pune, NCR, Bengaluru, Kolkata, Cochin, or Ahmedabad, and get a card within five minutes.

The founder says, “Bon Card can be used at any merchant store with a POS (Point of Sale) machine.” According to him, it can be accessed at over 15,000 merchant stores.

For customers with lower earnings or who do not have a credit score, Bon starts with a very small credit amount - sometimes as low as Rs 500.

“We have an internal credit score mechanism, which is updated for each customer every 100 hours. The credit limit is gradually increased, based on the customer’s credit behaviour,” Bhasker adds.

Based out of Pune, Bon’s 40-member team mostly sits out of Bengaluru and NCR.

"It is very easy to use to and help a lot on a day-to-day basis. Banks refused personal loans because I have low credit score." Kiran has been using Bon since the last two months.

The startup connects NBFCs with customers and has tied up with up to 10 small NBFCs. However, Bon Card can be used for work-related expenses only, and not for personal expenses.

Once a customer swipes their card and enters their pin, verification is done by the respective NBFC. After this, information is sent to Bon’s in-house backend software - the deciding factor for the transaction.

In a second, the automated backend checks the credit score of the user, the attainable credit limit, risk profile, the merchant, and finally the Merchant Category Code (MCC). Once all factors are checked, the transaction is accepted or rejected.

Bon has up to 3,000 MCCs, and interest rates are defined by the lenders on the platform. “Typically,when a customer is transacting for Rs 10,000 a month, he roughly ends up paying an interest of Rs 200," Bhasker says.

In fact, the first week of every month is interest-free for Bon Card users.

“We do not charge any late fees and bring down the available credit line to zero,” Bhasker adds.

Bon also has a customer support and application for both Android and iOS users.

The gig economy is growing and, according to a PayPal report, one out of every four freelancer is from India. In a report by ManpowerGroup Solutions, economists predict that India’s workforce will exceed 900 million by 2020, taking over China as the largest workforce. Bon is helping these freelancers with their everyday working capital.

It competes with the likes of Bengaluru-based Avail Finance and Mumbai-based Rubique, and any local loan sharks.

“Most of our competitors are taking the top-down approach where they force-fit a Rs 3 lakh loan down to Rs 50,000 to pre-qualified customers. Bon, on the other hand, is focused on the self-employed and variable earnings of the individual,” Bhasker says.

The startup also introduces credit to these self-employed and variable earning individuals.

“People who have never used a credit card before carry negative barriers such as ‘late fees’, ‘failed repayments’, and their consequences,” he adds.

Bon ensures that each customer understands its product with an introductory financial educating kit, and also runs routine surveys to identify issues and improve on-boarding.

The startup has two revenue streams – it charges a small on-boarding fee and recurring fee from the customer and commission from the NBFCs.

Since its launch, Bon claims to have facilitated 400,000 micro-credit loans. The founder says the startup has grown 7X on an annual basis in number of customers served. All this while maintaining the loan portfolio performance.

So far, it has raised $1.2 million in funding, with a seed round led by Silicon Valley-based firm Omidyar Network. Early-stage investment firms including Axilor Ventures and Better Capital’s Angel List India Syndicate also participated in the round.

While it is focusing on drivers and delivery partners, Bon is also in talks with a hyper-local task management startup, the name of which the founder refuses to reveal.

Available only in seven cities at the moment, Bon plans to expand to other metros in the next one year. Going ahead, it will be expanding to Tier II cities of India.