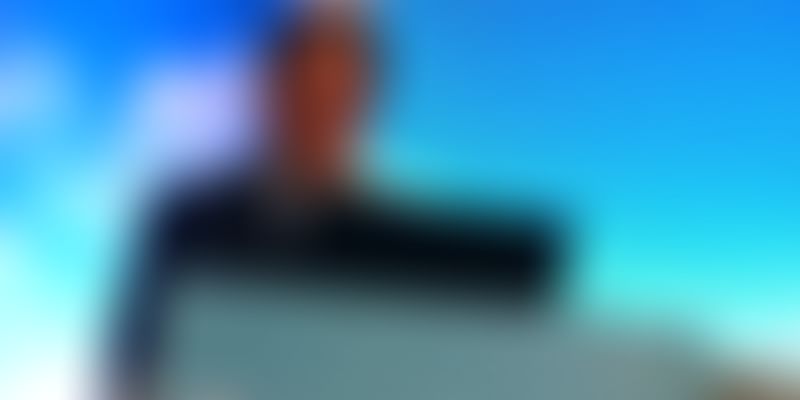 He also said that the company is investing Rs 12,000 crore for capex over the next three years in addition to an investment of Rs 6,000 crore in its subsidiaries over the same time.

"The task of going all EVs is achievable and India has the potential to become a hub for these vehicles," said Anand Mahindra, Chairman, Mahindra & Mahindra, at the company's 73rd annual general meeting.

The company, which reported on Wednesday a 52.56 percent decline in consolidated profit after tax to Rs 894.11 crore in the first quarter ended June 30 due to lower volume growth, has said it plans to roll out a range of new electric vehicles.

Anand said, there is a "tectonic shift" occurring in the industry and the time is ripe for that shift.

"To come back to the joint road-map, I can see a clear and achievable goal to make India the global hub for EVs," Mahindra said.

Commenting on the government's EV push, Mahindra told shareholders, "Why should it come as a surprise that the government is putting all its weight behind the introduction of EVs."

The company already has the electric version of its Verito sedan and it will bring out at least three more e-four wheelers in another two and half years, said Pawan Goenka, managing director, M&M at the announcement of the Q1 earnings.

"Its worth mentioning that our performance has been better than the performance of the industry, across all the sectors in which we operate.

"In the three-wheeler segment, industry de-grew 7 percent and we only de-grew 2.4 percent; in commercial vehicles, we were slightly better than industry (9.4 percent vs 9.5 percent degrowth) and in passenger vehicles, while industry de-grew 18 percent, we de-grew less than 2 percent," said Mahindra.

Although the industry has been facing challenges so far, we are now experiencing the full bounty of the monsoons, he said.

"This teamed with the forecast of normalisation of rain in August and September, makes me hopeful that there will be an uptick in the industry," he told shareholders.

Welcoming the government's push for electric vehicles, Mahindra said, "we have a long engagement with EVs. We are fully future ready, and just waiting for the wave to rise."

On the other hand, Goenka at the results announcement said while the electric three wheelers are a 'low hanging fruit', the company will be rolling with new electric four wheeler as well.

"On the four wheeler portfolio, we only have an electric Verito now, by the end of this year, we will launch the electric KUV, followed by S210 a year later, then an E- Aspire six months after that," Goenka said.

With the five percent GST reduction, the business case for EVerito becomes almost even, he said.

The industry is currently going through one of the biggest slowdowns in the recent times, he said adding the retail financing is a problem because of host of issues such as liquidity, interest rates and the banks tightening norms for financing.

"This has led to non-availability of financing to some customers, which is one of the reasons for degrowth to some extent in the industry," he added.

He said the interest rate cuts have also not been passed on and they are going to stay because of which transaction cost remains still very high, which has in turn resulted in price hike.

The overall GDP growth, the delayed monsoon, rural spending and income all factors together have led to negative sentiment, he said.

Seeking a cut in the GST rates, Goenka said the industry needs some kind of shot in the arm and therefore we will have to wait and see what the government decides to do for the auto industry.

"A 6-7 percent reduction in excise duty during the period of earlier recessions, have led the industry take-off in the past. What we need right now is to have some kind of relief in GST. Hope it comes and that will definitely help the industry to change the sentiment," Goenka said.

Noting that the fall in sales in tractors was a due to the macroeconomic factors that are affecting the industry, he projected a flat growth for the tractor industry this fiscal with a "positive bias," including monsoon, which had just six percent deficit till Tuesday of the normal.

He said that in the current environment, there is a huge danger of job losses, which are happening in areas like OEMS, suppliers, dealers and unorganised sectors or typically the service sector.

He also said that as many as 260 dealerships have been closed in the last 6-9 months due to lack of affordability amid the downturn.