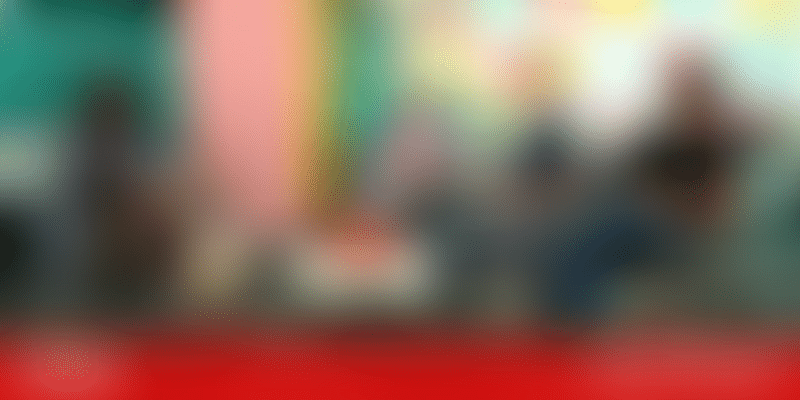 Udaan, which is disrupting offline distribution with its unique B2B model, was started in 2016 by former Flipkart intrepid trio Amod Malviya, Vaibhav Gupta, and Sujeet Kumar, and is fast becoming the wind beneath the wings of India’s B2B ecommerce space.

In a conversation with YourStory Founder and CEO Shradha Sharma, Udaan founders Vaibhav Gupta, Amod Malviya, and Sujeet Kumar tell us how this B2B online marketplace is fueling a billion dreams.

Kurtees is taking on the T-shirt with fusion garments

When it comes to fashion, women are spoilt for choice. Men, meanwhile, must choose between shirts, tees, and kurtas. Tired of the lack of choice, Steven Jhangiani (45) bootstrapped Mumbai-based apparel startup Kurtees.com, blending the casual T-shirt and the traditional kurta in a jersey fabric to create a brand new option for choice-strapped men.

US-based ecommerce giant Amazon on Wednesday inaugurated its single-largest campus in the world in Hyderabad. It is the only Amazon-owned campus outside the US and will house over 15,000 employees of its over 62,000 employee base in India, the company announced in a statement.

Why Udaan, India's fastest growing unicorn, is without a CEO

Besides having many firsts to its title, the startup perhaps is the only one of its kind which does not have a CEO. And according to the founders, it is more a matter of choice than by chance.

Started in 2016, Bengaluru-based InCEve Electronics sells sonars that can help the fishermen fish effectively, saving fuel cost, time, and improving the quality of the catch. The device allows the fishermen to take a call on when to net and whether to net or not in the first place.

Meet the only 5 women awarded the Bharat Ratna

The Bharat Ratna, established in the year 1954, is awarded to those who have performed exceptionally in “any field of human endeavour”. The first Bharat Ratna awards were conferred to C Rajagopalachari, Sarvepalli Radhakrishnan, and CV Raman. The award has since been presented to 48 people in total, and only five of them are women.