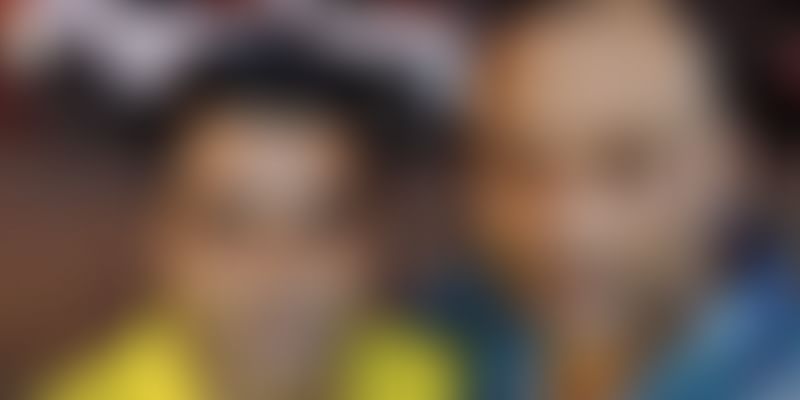 Bootstrapped with Rs 36 lakh, Frozen Bottle has quickly become a sought-after milkshake brand. Next up for the frozen dessert brand: adding 140 more stores to the current 100, which were opened in less than two years.

When Pranshul Yadav and Arun Suvarna met through common friends three years ago they did not realise that they would team up for an entrepreneurial journey. Pranshul, 33, was running his own quick-service restaurant (QSR) business when he met Arun, 45, who was in real estate. In 2017, they decided to start up with Frozen Bottle, a milkshake and frozen desserts brand based in Bengaluru.

In 2016, brands like Keventers were already capturing the imagination of the Indian consumer, who wanted milkshakes at affordable price points. Around the same time, food delivery and commerce services like Swiggy and Zomato were just becoming mainstream services.

Both Arun and Pranshul spent eight months researching the subject, and came to realise that young India still aspired for global choices, but in ways that made it more affordable and readily available. Simply put, as far as the frozen desserts segment in QSR is concerned, Indians looked for both quality and pricing whipped together in one offering.

"We combined our experiences and decided that we need to sort the ingredients side of the business, so we tied up with an ice cream vendor to ensure quality and consistency. Now all we had to do was get the branding right," says Pranshul Yadav, Co-founder of Frozen Bottle.

The founders bootstrapped Frozen Bottle with Rs 36 lakh and started off with a clever campaign, called "Shake the Original", in 2017, it began with two 210 sq ft stores in Koramangala. Now the brand has 40 company-owned stores with 60 franchise outlets.

"We never expected it to be this big in two years, especially because I was in the business of real estate and never knew how the public would react to this business," says Arun. His real estate experience did come in handy, as Arun’s understanding helped them sign on small spaces at locations frequented by youth.

Pranshul, on the other hand, already had experience in frozen desserts. He was a franchisee for Cream Stone, and had opened several outlets in Bengaluru, contributing to making it a leading ice cream brand in the city.

Armed with relevant knowledge and experience, the founders were able to open 10 Frozen Bottle stores quickly in the first year in Bengaluru. By the end of 2017, they began to offer franchising.The franchisee invests Rs 18 lakh per store and pays a royalty of eight percent for monthly sales. The franchisee manages the salaries and rentals along with other costs.

"It is a great way to do business. It enables you to reach a large number of consumers and it gave us scale," says Pranshul.

Walk-ins at outlets are courted with spaces designed keeping the young population in mind. The brand offers a variety of frozen desserts, from thick shakes to cake jars, some with an Indian twist like ‘Banana Gulkand’, and staples like ‘Red Velvet’ and ‘White Chocolate Fantasy’. All shakes are vegetarian, and served in glass bottles and jars that can be reused.

The company plans to open 140 more stores across the country and has set its sights on doubling the number of cities that it operates in. It has so far spent Rs 5 crore for its expansion and believes that the franchise model is the way to scale up.

Mithai for Millennials: Meet the 27-year-old CEO who transformed a traditional 30-year-old mith...

The QSR business is close to $1.6 billion in India, according to Analytical Research Cognizance. But is a difficult segment to start up in the F&B space, with most brands not lasting more than a decade, at best. Few Indian brands have scaled up beyond their headquarters with great success. The Helion Ventures-funded Spring Leaf Retail, which ran QSR chain Mast Kalandar, shut down its outlets.

Strong brands like Nirula's in Delhi and Truffles and Leon Grill in Bengaluru still pander to local tastes and culture of cities, and have become institutions of sorts. But there is investor interest in the space, with restaurants like Mainland China being funded by SAIF Partners in 2008, and Barbecue Nation raising Rs 90 crore from Rakesh Jhunjhunwala last year. It had earlier raised Rs 110 crore from CX Partners.

Frozen Bottle competes with the likes of Keventers, whose business has crossed Rs 100 crore in revenues. "Consumption is going to rise in India and consumers want to experience desserts on the go. Frozen Bottle has been able to scale up on that demand," says Arun.

The founders want to evolve the brand beyond frozen desserts to a QSR service offering food at its outlets over the next five years. For now, they want to take its milkshakes across India and focus on many more store openings.

Despite homegrown brands such as Shakos, monQo, and Drunken Monkey milking the market, there is room for growth for Frozen Bottle, as is seen in the brand’s quick and steady rise.

These techies quit their IT jobs to start a milkshake brand Shakos in Chennai, made Rs 1 Cr rev...