These techies quit their IT jobs to start a milkshake brand Shakos in Chennai, made Rs 1 Cr revenue in a year 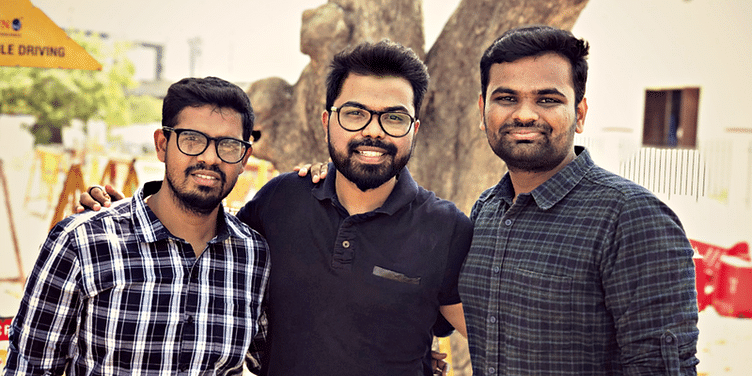 Chennai's tropical climate makes it a great market for businesses selling cool drinks, juices, and milkshakes. As the weather is quite hot for several months in a year, these businesses can run profitably for most of the year.

An IMARC group report showed that the Indian milkshake market is expected to grow at a CAGR of 25 percent during 2019-2024, driven by numerous factors such as a large young population, changing lifestyles, convenience, value addition, health consciousness, etc.

And this big swell in demand for milkshakes is something that the young founders of Chennai brand Shakos experienced for themselves.

Started as Fryos in 2017, Ram Dinesh (25), Kishore Thennarasu (25) and Tamizh Selvan (25) were serving different varieties of french fries from a small kiosk.

How it was set up

"Before we started Shakos, we saw milkshakes in Chennai were overpriced, or their quality did not justify the price point. We saw this as a big opportunity for milkshakes which balanced good quality with affordable prices."

The trio also saw a deficit in Quick Service Restaurant (QSR) brands representing Chennai globally. "We wanted to contribute our part towards shaping the Chennai food market which had just started booming. After extensive research for about six months, we were able to come up with the recipe for milkshakes as well as a plan for operations," Dinesh says.

The founders were from different IT verticals such as sales and marketing, growth, operations, etc, but this business opportunity seemed too good to turn down.

They quit their jobs and came together to start Shakos with a bootstrapped investment of Rs 45 lakh.

"We also introduced affordable waffles just one month after launching. This helped retain customers," he explains.

Shakos' milkshakes and waffles became a big hit soon after launch. In two months, it granted franchises to two outlets in Nungambakkam and Besant Nagar in Chennai.

"All the three outlets have a 4.5+ ratings on Zomato (rated by over 650+ customers) and LBB, and comes under the hand-picked list by Zomato. All the joints are open until 2 AM," he says.

Similar to Keventers, Shakos sells milkshakes in bottles that customers can take home.

Shakos' classic shakes come in vanilla, mango, coffee, butterscotch, chocolate chip, and more. They are priced between Rs 160 (for the small size) and Rs 200 (for the large size).

The brand also has premium milkshakes in a range of unique flavours such as nutella, Kit Kat, tiramisu, coffee hazelnut, banana popcorn, and many more. They are priced between Rs 180 (for the small size) and Rs 210 (for the large size).

The founders aim to open 50 outlets this year and 200 outlets in the next two years. Dinesh adds that potential partnerships for master franchises in Bengaluru, Coimbatore and Mumbai are in the works.

But it will not be easy competing against big milkshake brands -a challenge faced by the founders since Shakos started.

"The established milkshake brands have larger investments, and the market is saturated with lots of milkshake brands. So far, we were able to sail through this because of our simple operations, taste and value for money," Dinesh explains.

He adds that Shakos is also looking at a cloud kitchen model across various cities. "The roadmap for pan-India expansion looks positive and cloud kitchens can be done with minimal investments," he says.

Shakos wants to stay bootstrapped for the time being. "We're not looking to dilute the stakes. Our customers are our biggest investors," Dinesh says.

How these classmates built an organic kidswear brand by selling on FirstCry, Nestery, Myntra