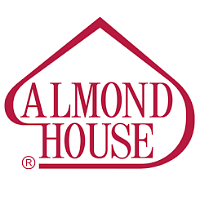 Mithai for Millennials: Meet the 27-year-old CEO who transformed a traditional 30-year-old mithai brand to think like a startup 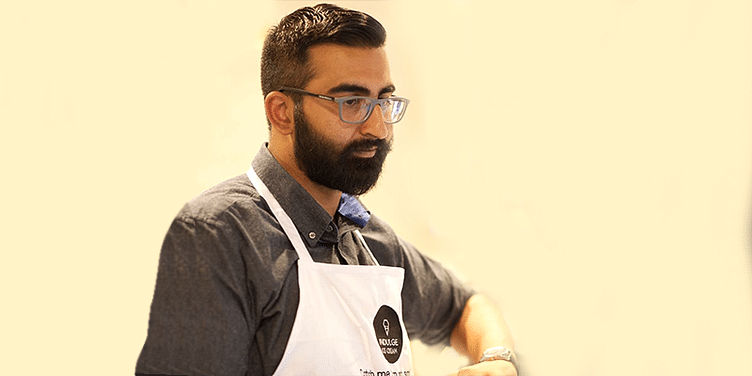 It’s 6PM in Hyderabad, and a group of college going kids are Instagramming their vegan gelatos at Indulge, a quirky gourmet ice cream brand by Almond House. On the table is a fresh lemon with ginger sorbetto, a kala jamun, a rich almond butter, fresh mango with chilli, and a ganna juice sorbetto. The table beside them is tucking into a scrumptious Manchow bhel puri and pav bhaji fondue from Gappe Vappe, the fusion chaat experience from Almond House.

A little more than a decade ago, there’s a good chance that their uncle working in the US might have ordered sweets online for the family to celebrate his promotion. Years before Flipkart even came into being.

It is also quite possible that around 30 years ago, their grandfather walked into an Almond House to purchase a box of premium mithai to gift to his boss, because it tasted so much better and the packaging looked so much classier.

Walk into the Almond House office and it’s not what you’d imagine a backend mithai store office would be. It is instead, just like any top-notch tech workspace in the city: a modern open-plan layout with an industrial-chic exposed ceiling, and a relatively young workforce buzzing around desktops and laptops.

Right from its conception 30 years ago, Almond House wasn’t your average mithai house either. Nagarjuna Muppala, the founder, a product of BITS-Pilani wanted to create the next generational mithai house. He began, quite unusually, with a gap analysis of the market and found there was a dire need for quality sweets and savouries. He then travelled the country for nine months learning from the finest established mithai houses, before he began his own.

Right from its choice of nomenclature, Almond House set itself apart from the other players. Staying true to its genetics of quality and responsible indulgence, it also stayed away from all unnecessary additives like colours, artificial flavours, and too much sugar.

With an injection of fresh leadership from Chaitanya Muppala, Nagarjuna’s son, Almond House saw a paradigm shift in the way it operated, and innovated. Putting his degree from Sauder School of Business, University of British Columbia, to good use, Chaitanya prompted a broad spectrum of formalisation of operations and practices that gave the organisation a 360 degree make over.

Getting tech and tradition to work together

A fine-tuned balance of tech and tradition works to make the magic happen at Almond House. Moving on from oral traditions, it now follows a systems-oriented policy and runs the entire operations on an ERP.

As I donned a face mask and shoe sleeves to tour the highly sanitised facilities with a senior employee, I saw high-end thermic fluid boilers, digital inventory and process management systems, and sophisticated ingredient testing and quality control labs, work alongside karchi-wielding halwais (albeit, in uniform with bouffant caps, masks and shoe sleeves) – a delightful balance between the new and the old.

Almond House also has the distinction of having set up unique parabolic solar system for steam generation with the strong support from the Ministry of New and Renewable Energy. It also takes eco-responsibility seriously and composts all its organic waste at a facility off premises.

And while one can’t dispute the efficiency of a well-orchestrated production facility, it’s important to celebrate the human touch that underscores every decision, process, and interaction that makes Almond House what it is. Where else does a CEO go handing out his direct contact to customers or respond personally to comments (positive or negative) and feedback, both offline and online.

Surprisingly, long before there was Flipkart, ShopClues or Paytm, there was almondhouse.com. It’s a little-known fact that Almond House was among the first adopters of the e-commerce doing the dotcom boom in India, and was predominantly used by Indian diaspora living abroad to gift sweets back home in India. Today, the brand retails beyond the website and is available on Amazon and placeoforigin.in.

Having won the Times Food and Nightlife Award in the category of best mithai, in Hyderabad five times, Almond House was keen on taking on newer categories, expanding its product profile, and appealing to newer audiences. Chaitanya therefore, focussed his energies on creating two exciting and very inventive new brands: Indulge ice creams and Gappe Vappe to notch up the brand’s cool quotient.

With Indulge ice creams, Almond House serves up wildly imaginative gelato and sorbet flavours (some of them vegan) created with 100% natural ingredients, prepared fresh, right in the store. Weaving the sustainability factor into the brand, the ice creams are served in a custom-designed ceramic mug with a stainless-steel spoon, which the customers can take home: Eco-sensitivity and utility for the win!

With Gappe Vappe, Almond House serves up a chaat experience like none other. With beetroot pao burgers, vada pav sliders and pao bhaji fondue on the menu, it’s a hatke twist on India’s favourite comfort food.

Almond House takes pride in being Telengana’s first ethnic foods brand that follows Good Manufacturing Practices (GMP) norms and has its HACCP certification on its way. Apart from the air-conditioned finishing and packing rooms, all air in the facility is filtered, sterilised with UV light and is humidity-controlled. The air quality and microbial content is also measured on a weekly basis, while health checks and screenings for infectious conditions are performed on a quarterly basis on all food handlers.

Almond House also takes pride in being among India’s first experiential commercial kitchens, where customers, student groups and connoisseurs are invited, not only to experience the kitchen, but to co-create products with them. Yes, one can have your cake, watch how it is made, and eat it too.

Almond House also prioritises employee relations and recognises them as key stakeholders. Employee health, safety, upskilling and even their kids’ education are priorities, and it shows.

Across product, processes and packaging, Almond House has several innovations to its credit. Their use of centrifugal force to expel extra oil from savouries (making the product less oily) is a practice adopted widely today. Their elegant gift-worthy packaging approach is now an industry norm. And finally, their unique product Almond Bisticks has been imitated by many players in the trade, but arguably yet unmatched.

Snacks, startups and the stage

With the belief that the brand has to be an experience – one even beyond food, Almond House is also in the process of creating Almond House Theatre, a unique community-oriented performance space that will curate and feature a variety of artistes and performances.

Looking for the right partner that can generate strategic value

In an era where most restaurants or startups don’t make it beyond a year of operations, a brand like Almond House that has not only withstood the vagaries of time, but transitioned profitably across generational, operational and technological changes, certainly testifies to sound genetics and a relevant, robust business model.

While Almond House is content with having created value for the trade and its stakeholders - including its employees and associates - it’s only natural that they look to scale their business in a way that builds on their strengths and successes. Luckily, the brand lends itself well to all kinds of collaborative partnerships or investments: A partnership that can help them expand across geographies; scaled up a proprietary product line like Bisticks as an FMCG brand; or an F&B collaboration that would see them parlay their expertise as a premium gourmet brand in India. Essentially an investor that can generate strategic value to the business.

Having been part of people’s celebrations for nearly three decades, Almond House is quite ready for celebrations of its own success.