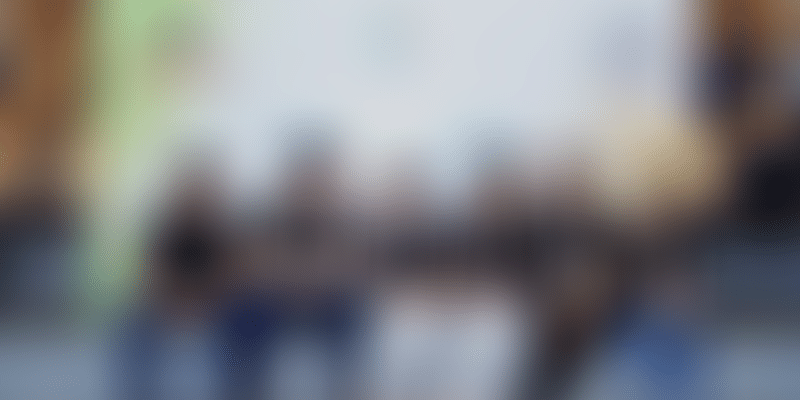 Team Emoneers from Aligarh, which won Rs 50,000 at the Smart India Hackathon, is looking to launch the digital walking stick for visually impaired people in the market soon.

Technology has become the ultimate leveller, with several innovations and inventions striving to make life easy for every section of society. But while technological intervention exists for differently-abled people, it is not often affordable for the masses, especially in a developing country like India.

Take, for example, visually impaired people. Over five million people in India are visually disabled, according to the 2011 census report. But aids to make their life more comfortable are not available for everyone.

said Priyanka Gupta, who is the leader of Team Emoneers, a group of students from the Zakir Husain College of Engineering and Technology in Aligarh, Uttar Pradesh.

Addressing this gap at the Smart India Hackathon that was held last month, the team designed an affordable electronic walking stick that alerts the user on various scenarios, such as water on the way, entering a dark room, among others, by sounding out a different sounding beep as a warning for each situation.

The students won Rs 50,000 at IIT, Kanpur, one of the 19 nodal centres that hosted the grand finale.

Using ultrasonic sensors, the walking stick can detect obstacles like person or pillars on the way. Elaborating on the dark room feature, the team stated,

“For a blind person, a dark room is way more difficult. There, the stick lights up indicating their presence to others.”

The stick also comes with a small RF remote control. Pressing a button, the stick will make continuous beeping sound until the user finds it.

Although not a novel concept, the team believes a low-cost device with functional features could do well for visually impaired people in India.

It all began when Priyanka observed her uncle, who is a visually challenged person, struggle every day to do simple chores. She even tried her hands at crafting a device while pursuing a diploma course in Electrical Engineering at Women’s Polytechnic, Aligarh Muslim University, Uttar Pradesh.

However, things didn't work out, but when the Smart India Hackathon was announced after a year, it felt like the right opportunity to give it another go.

Her classmates - Himanshi Varshney, Saloni Garg, Nidhi Chawla, Saad Khan, and Faraz Omar, all 20 years old and first-year engineering students - then came together. ‘Emoneers’ is a portmanteau of ‘emotion’ and ‘engineers’, signifying that as engineers, they feel for people’s needs.

Working on the product, they divided themselves into two groups; one took care of programming and the other worked on the hardware.

Light at the end of the tunnel

One goal that remained fixed throughout the process of creating the walking stick was to keep the product affordable. It had to be something that people from economically weaker backgrounds would not hesitate to buy. And they wanted to keep it simple and easy to use as well.

But there were setbacks. Programming errors led to the improper reading of signal and the stick couldn’t identify objects at times. As they had used three different sensors, and wiring all the three together was another challenge.

Over the months leading up to the grand finale, the team fixed the problems as it worked on the basic features of the stick.

The members feel that the technology can be made better and the prize money will be used to this end. They want to incorporate features like making calls in times of emergency, enabling a Siri-like feature in place of the varying beeping sounds, and to make the stick foldable.

Priyanka said that her uncle was delighted and appreciated the work. “I am still working on it. As soon as it is done, I will definitely give him one,” she added.

The present government has been trying to build a strong spirit of innovation among young minds, especially students. To further this initiative, the government started Smart India Hackathon (SIH) in 2017 and recently concluded its third chapter successfully.

YourStory brings to the fore some amazing young minds who have taken up the challenge to solve some of the country’s grassroots problems.