Inspired by the Bengali 'adda', Kolkata-based Tea Junction brews up a plan to expand across India 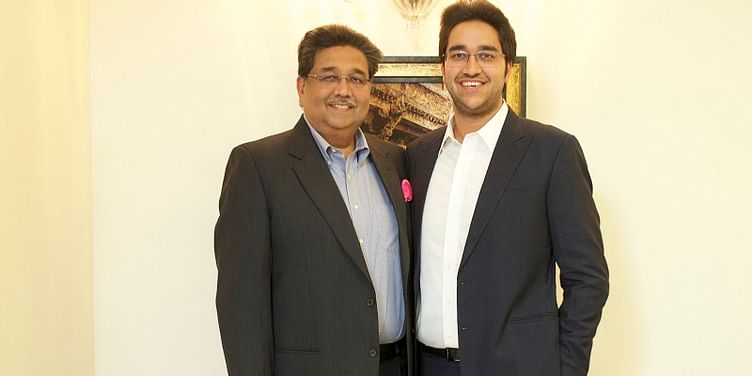 Started as a single tea-and-snacks shop in a Kolkata mall, Tea Junction has grown into a chain of 50 stores across Kolkata and Siliguri. The startup has ambitious growth plans: 100 outlets or more, by 2020.

Long before Chaayos, TeaPost, and ChaiPoint made chai hip, Tea Junction had brewed up the same business plan.

The tea chain had a humble beginning.

It started as a single tea-and-snacks outlet in June 2004 when Harshvardhan Neotia, the Chairman of Ambuja Neotia Group, was taking a round of his newly built mall in Salt Lake, Kolkata. He decided that it would be prudent to have a small outlet that offered chai and samosas to the new tenants, especially since there was no food vendor in the mall.

That one outlet did so well that the idea was adopted in most commercial properties that belonged to Ambuja Neotia - malls, hospitals, and business parks.

Parthiv Neotia, Harshvardhan's son and Co-founder of Tea Junction, says that Tea Junction is a “convenience-format outlet and not a destination”.

“It was important for us to be in a smaller format, which could fit in various locations and grow aggressively in number. Location is the key asset for us in this business, as we want to be the go-to place for comfort snacks with tea,” he says.

Their tea business evolved over the next few years and grew to 15 outlets, but it was only in 2014 that the organisation decided to increase focus. Since then, Tea Junction has grown to 50 outlets across Kolkata and Siliguri. The stage is now set for the next level of growth, and is eyeing a pan-India presence.

Inspired by the Adda

Parthiv says the concept of Tea Junction originated from the concept of the Bengali ‘adda’, where intellectuals and common folk would gather at local teashops to discuss politics and the state of the economy over a cup of tea.

“Tea Junction hopes to imbibe the culture of ‘adda’, where our cup of tea becomes a reason to engage anyone in a conversation,” he says.

It may be eyeing a presence across India, but Tea Junction wants to keep its ties with Bengal’s tradition and culture alive. The company sources all its tea from Assam.

Taking on the competition

However, it seems that – at this point – their younger competition though has beaten them by scale.

Both Chai Point and Chaayos are funded companies, which have a pan-India presence and are growing faster than Tea Junction. But, Tea Junction has a plan in place after consolidating in West Bengal.

The self-funded company has worked on strengthening its presence in Eastern India and will expand across other geographies this year. The company wants to add 50 more stores in the North East before expanding to other regions.It aims to have “100 outlets or more, in five or more states of India” by 2020.

“We plan to be better priced, simpler in our offering, emphasise on freshness, and customise for the local palate,” Parthiv says.

The Kolkata-based company is also innovating with its product line. “Lately, we have been exploring options like bubble tea to attract a different segment of customers and also increase our value proposition through our current 50 distribution centres,” he says.

Parthiv says Tea Junction is profitable and does not want to disclose the company's revenues. The company, which has invested close to Rs 10 crore recently, in this business, is now looking for additional funding, based on expansion.

A retail business considers revenue per square feet, which is a measure of people coming in and the order value. But, it’s a very capital-intensive business as it involves management of rentals in the store plus staff costs and inventory.

The food industry in India has been booming in recent times, owing to the rising disposable income of the middle class. The Indian restaurant market was valued at Rs 20,400 crore in 2016 and is expected to grow to Rs 51,000 crore by 2021, according to industry body National Restaurant Association of India (NRAI).

The arrival of foodtech players like Swiggy and Zomato means at least 30 to 45 percent of business for restaurants comes from the ecommerce route.

The competition is also trying to expand and grab a larger chunk of the market. Chai Point has raised $30 million from investors and has more than 104 locations. Chaayos, which has raised $16.3 million till now, has close to 150 stores.

Market research firm Euromonitor International pegged the organised branded tea segment at about Rs 12,970 crore in 2017, up from Rs 12,240 crore in 2016. India is the world’s second largest producer of tea, after China, and recorded the highest production, at 1,325 million kg in 2017-18.

And despite the proliferation of coffee chains, tea remains India’s favourite beverage.

Parthiv believes that “rural-urban mobility will drive the demand for tea consumption in organised formats”.

“With more urban development expected in the corporate sector and the leisure market, coupled with increased disposable income, the consumption pattern for all organised quick service restaurants is poised for a continued growth. This is why there is space for expansion for our brand,” he says.

Over the next 18 months and as it expands to newer markets, Tea Junction also hopes to increase its packaged goods offering. “With that, we will aim for more than Rs 100 crore in turnover,” Parthiv says.

Steeped in innovation, this chai decoction machine by engineering students lets you sip on herb...