If one takes calculated decisions, investments will not go wrong: singer and investor Sukhbir Singh 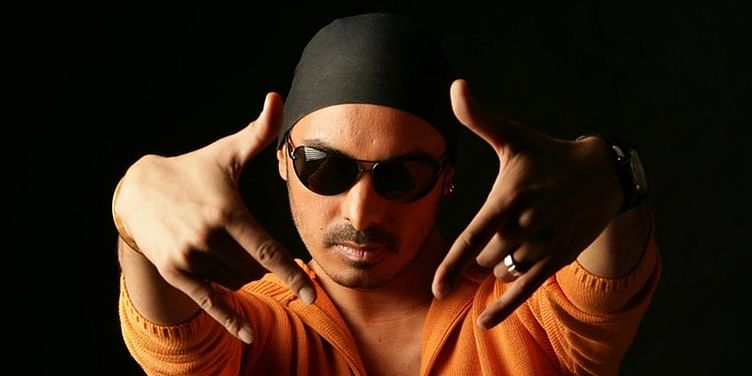 In this episode of 100X Entrepreneur Podcast, we feature popular Bollywood singer Sukhbir Singh, who talks about why the startup business struck a chord with him.

Whether it’s a song or a startup, Bollywood singer Sukhbir Singh believes both need equal love and admiration of the people to see success.

He says the journey of a startup is very similar to the production of a song. And just like how a startup develops an idea into a reality, Sukhbir says he finds striking similarity in the process of developing an idea into a song. This probably might be the reason why the startup business struck a chord with him.

The ‘Prince of Bhangra’ is the new angel in the Indian startup ecosystem that has been seeing a pantheon of domestic entrepreneurs and celebrities showing their belief in the new-age economy.

Tune in to listen to Sukhbir Singh in conversation with Siddhartha:

A successful Punjabi singer, Sukhbir made heads turn when he invested an undisclosed amount in Gurugram-based beverage startup, LQI.

In the podcast, he reveals that while he is not a pro in investing, he was drawn to the startup ecosystem because of a friend and an advisor.

Sukhbir's friend Amit Singal, a chartered accountant, who is also the Co-founder of Startup Buddy, advised him to invest. He adds that his first startup investment was actually made even before he tested the product. And he finally felt proud of that investment when he tried the product a month after making the investment.

Sukhbir’s investment in LQ1 is a part of $2,00,000 seed funding round, which the startup is raising from angel investors. The funds will be deployed to increase the production capacity and the geographical expansion to newer markets.

Not just LQI, the singer is also in discussion with other startups to put his money. During the podcast interview, the singer revealed that he has not fixed any cap for investment and he is open to new ideas.

Born in Jalandhar, Sukhbir’s parents migrated to Kenya when he was just two years old. His father was a Gyaniji in a Gurudwara in Kenya, and was also a classically trained singer, which influenced Sukhbir to a great extent.

He says, “My brother plays tabla. Being surrounded by classical music has helped me in my compositions today. I learned different instruments by being in a band in Kenya. I started as a keyboard player, and then progressed to a drummer and guitarist, and eventually to a singer”.

However, Sukhbir didn’t have it easy early on. He initially started as a solo singer, and used to perform in small settings like birthday parties and restaurants. And it was during those days he got his first break to record in India. Although he was singing in nine different languages at that time, he became a Punjabi singer.

The podcast also takes us through Sukhbir’s difficult times, when his family had to manage just the bare necessities of life. He says, “I come from a very simple family. We were living in the Gurudwara, and there were no luxuries. Now that we are exposed to a different lifestyle, I consciously don’t want to forget that part of my life”.

The singer adds, "Your work should not dictate you.’

Sukhbir explains that his meeting with Amit turned out to be the turning point in his life. Seeing Amit, who held a good portfolio, encouraged him to foray into startups. Amit started introducing him to various startups and that’s how he ended up with his first investment in India.

Sukhbir says he is also interested in electric vehicles, and a startup has already pitched with him (the podcast was done two weeks ago, and this week, Sukhbir Singh went public by saying that he invested in eBikeGo).

Sukhbir admits that he is just a beginner, but is fortunate enough to be surrounded by people who know a lot about startup investments. He is highly optimistic of the exits and returns that he will get on his investments.

“If enough research has been done and if one takes calculated decisions, investments wouldn’t go wrong,” says Sukhbir.

He admits that exposure to startups and different ideas from startups was a wake-up call for him. However, on lighter note he says, “Maybe I should have been in this business, and singing should have just been a passion.”