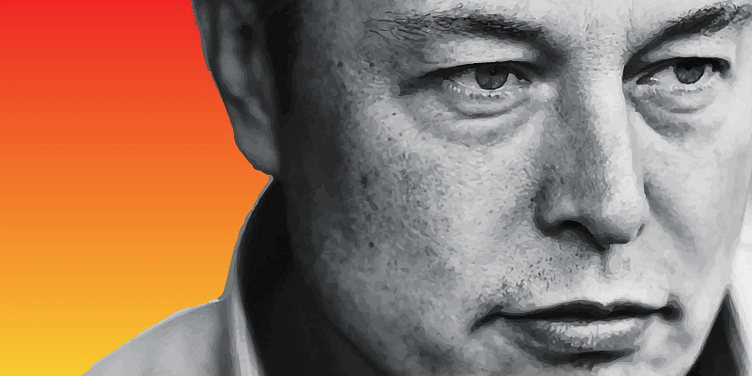 The real-life Tony Stark is as much an inspiration as an enigma for his many fans and followers across the world. Here is a peek into the personal life of tech billionaire Elon Musk.

In the 2012 Avengers movie when Steve Rogers, aka Captain America, mockingly asks Tony Stark aka Iron Man, “Big man in a suit of armour. Take that off, what are you?” Stark unflinchingly replies, “Genius, billionaire, playboy, philanthropist.”

Dubbed the real-life Tony Stark, Tesla and SpaceX chief Elon Musk is often compared to the Marvel superhero. In fact, the 48-year-old has been credited by director Jon Favreau for serving as an inspiration for the on-screen fictional character played by Robert Downey Jr. Musk even makes a cameo in Iron Man 2 as himself coming face-to-face with Tony Stark’s character.

The adjectives Tony Stark uses to describe himself in the iconic Avengers scene may very well be applicable to Musk. He is undoubtedly a genius. With an estimated net worth of around $20 billion, he is a bona fide billionaire. He dates movie stars and gives generously to charity.

Musk was born on June 28, 1971, in Pretoria, South Africa. His mother Maye was a dietician and a model, and his father Errol, an engineer. Elon grew up with two younger siblings - a brother, Kimbal (born in 1972) and a sister, Tosca (1974), - both entrepreneurs. When Elon was eight, his parents split and all three children went to live with their mother.

Two years after his parents parted, at age 10 Elon “felt sorry” for his father as he seemed “sad and lonely” and took a decision that he would come to regret. He moved in with his father and realised that he was a “terrible human being”, Elon told Rolling Stone in a tell-all interview in 2017.

Things at school weren’t much better either as he was bullied for being the “youngest and the smallest kid in class”. However, life at school improved as he picked up judo, karate, and wrestling and shot up to 6 feet by age 16. He fought off the bullies. Growing up, Elon taught himself to code and by age 12 he had sold the source code for a video game he created for $500.

At age 17, he took another life-changing decision, this time to move to Canada, his mother’s home country. He later got his mother and siblings to join him.

The entrepreneurial streak that revealed itself in his school days would only strengthen through college. While at Queen’s, he sold custom-made computers and parts to fellow students to make money. At UPenn, Musk and a friend would turn their house into a party club of sorts, charging an entry fee at the door to cover expenses.

In 1995, he began his PhD in applied physics and material sciences at Stanford University, only to drop out after two days to start an internet startup with his brother. The Musk brothers co-founded Zip2, a city guide software for newspapers. The company was acquired by Compaq in 1999 for around $300 million, where Elon made around $20 million. He then founded an online bank called X.com with that money which would later go on to become PayPal.

Musk has admitted to being afraid of being alone from the time he was a child.

“I will never be happy without having someone. Going to sleep alone kills me,” he had told Rolling Stone.

Being in love is directly linked to his happiness, Musk had shared. “If I’m not in love, if I’m not with a long-term companion, I cannot be happy,” he had said in the 2017 interview, at a time when he was self-admittedly hurting “bad” after his breakup with actress Amber Heard. The couple apparently broke up over intense work schedules keeping them apart.

Musk had commented on one of Heard’s Instagram photos: “Long-distance relationships when both partners have intense work obligations are always difficult, but who knows what the future holds.”

Musk met his first wife Justine Wilson at Queen’s University when she was an aspiring writer in her first year of college, a year junior to him. In a 2010 article in Marie Claire, Justine details how the two met. “He invited me out for ice cream. I said yes, but then blew him off with a note on my dorm-room door. Several hours later, my head bent over my Spanish text in an overheated room in the student centre, I heard a polite cough behind me. Elon was smiling awkwardly, two chocolate-chip ice cream cones dripping down his hands. He's not a man who takes no for an answer,” the Canadian novelist wrote.

Although Musk transferred to UPenn and moved to the US, the two remained in touch. After breaking it off in between, the two got back together and tied the knot in 2000. The couple has five sons (twins and triplets).

In 2008, after the two ended their marriage, Musk began dating British actress Talulah Riley and reportedly proposed to her in just 10 days of meeting her. They got engaged. Through the divorce proceedings, Justine discovered that the Talulah and she “liked each other,” calling the Inception and Pride and Prejudice actress “lovely, bright” and “better fitted” to Musk’s “lifestyle and personality”.

Riley and Musk married in 2010, but divorced two years later. In January, 2012, the tech mogul announced the news of the split publicly by tweeting at Riley, “It was an amazing four years. I will love you forever. You will make someone very happy one day.”

They would go on to remarry the next year in 2013. But, the couple would end up filing for divorce again only to withdraw it and then again re-filing for divorce, which would finally be formalised in 2016. The two however remain close and “see each other all the time and take care of each other”, according to Riley.

After things ended with Riley, Musk started seeing Hollywood actress and Johnny Depp’s ex-wife Amber Heard. But the relationship ended after a year due to the couple’s “intense work obligations.”

The Aquaman star and Musk remain friends and in an interview to the Hollywood Reporter in 2018, she said, “Elon and I had a beautiful relationship, and we have a beautiful friendship now, one that was based on our core values.”

Musk’s last known relationship has been with Canadian singer Grimes, whose real name is Claire Boucher. The two had met on Twitter in 2018. Their first public appearance as a couple was at the 2018 Met Gala. Last year, there were rumours of a split after the two unfollowed each other on social media, but there was no official word from the couple. Despite the rumours, the two have been spotted sharing meals in places as far off as China. Grimes who now goes by the name ‘c’, in a WSJ interview this March, said, "Look, I love him (Musk), he's great.” It is unclear whether the two are still a couple.

In 2012, Musk signed the Giving Pledge along with fellow billionaires such as Bill Gates, Warren Buffet, Michael Bloomberg, and Facebook Founder Mark Zuckerberg. Bill and Melinda Gates along with Warren Buffett launched the pledge in 2010, where signatories commit to giving away the majority of their fortune, either during their lifetime or posthumously.

Musk also has his own private charitable foundation that he set up with his brother Kimbal in 2002, called the Musk Foundation. According to the foundation’s barebones website, grants are made in support of renewable energy research and advocacy, human space exploration research and advocacy, pediatric research, science and engineering education and development of safe artificial intelligence to benefit humanity.

These college dropouts went on to become successful entrepreneurs