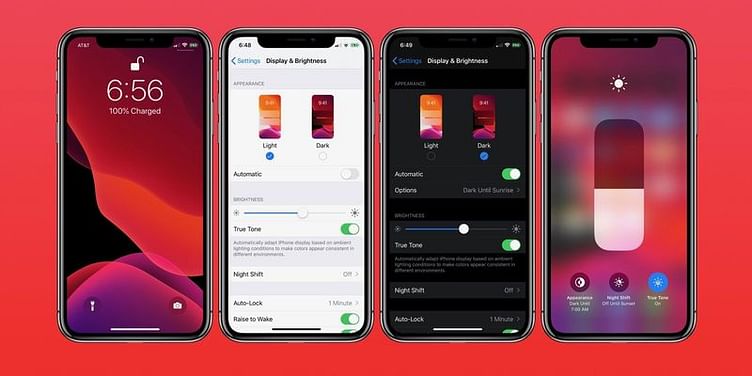 Tech observers predict the new Apple iPhone range could be “radically” different with a slew of ‘first-time’ features. Here’s what you can expect from tonight’s launch.

Last week, Apple sent out invites for its annual extravaganza to be held at the Steve Jobs Theater, a 1,000-seat underground auditorium located in its Cupertino HQ. ‘

'By innovation only’ read the curious invite for the September 10 event, where Apple is slated to unveil its iPhone 11 lineup.

Naturally, it became a water-cooler conversation in the world of tech. After all, it has been a while since Apple really launched something innovative. That baton may have been passed on to the iPhone-maker’s peers from the Far East.

But, 2019 promises to be different. Or so indicate the teasers. Apple usually ships the first batch of its new iPhones a fortnight after its stage event.

Here are a few things you can expect from tonight’s launch.

Tech geeks reckon Apple has something “radical” lined up this year. A foldable iPhone could be one of them. Renowned Apple insider Ming-Chi Kuo says Apple could bring about an “all-new form factor design” in the new iPhone range.

This further corroborates the leaked concept photos of an “ambitious device” Apple was said to be working on.

Additionally, in May 2019, the company was granted a new patent for a “foldable cover and display for an electronic device” by the US Patent and Trademark Office.

There’s a brand-new operating system (OS) to look forward to. Apple claims iOS 13 will be its fastest OS till date.

Additionally, app downloads will be 50 percent smaller, and updates will also be lighter by 60 percent.

Some of the features expected in iOS 13 are a system-wide Dark Mode, about a 30 percent quicker Face ID, family hotspot sharing, a swipe-to-type keyboard, and a single ‘Find My’ app combining ‘Find My Friends’ and ‘Find My iPhone’.

Apple insider Kuo thinks that all the new iPhones will be 5G-enabled. With 2020 expected to be the year of global 5G adoption, Apple will want to make its devices next-gen ready.

However, its in-house 5G baseband chip may not be done until 2022, reveals Kuo.

Hence, the iPhone-maker will have to rely on Qualcomm’s chips to connect to high-speed 5G network.

Even though Apple was the first handset-maker to bring about dual cameras with the iPhone 7 Plus in 2016, it failed to expand that cabinet even as its rivals took giant steps in that area. But, the iPhone 11 range could change that too.

Teasers indicate the new iPhones could come with a triple-camera setup in a square cabinet. Kuo predicts that the rear cameras of the new iPhones will have 3D-sensing systems as well as augmented reality features.

Another prediction indicates that the iPhone 11 will sport a ‘best-in-class’ night mode too. Something to take on Google Pixel then?

Apple has traditionally been chided for the poor battery performance of iPhones. Given the price it commands, that department deserves more attention — and ‘innovation’.

Predictions say the iPhone 11 Max could sport “the biggest battery ever on an iPhone” with a capacity of 4,000 mAh. This is a significant increase over the iPhone XS Max that came with a 3,174 mAh battery.

Besides the iPhones, Apple is also slated to unveil the new Apple Watch series, Apple TV Plus, and Apple Arcade services, and maybe, a macOS update too.