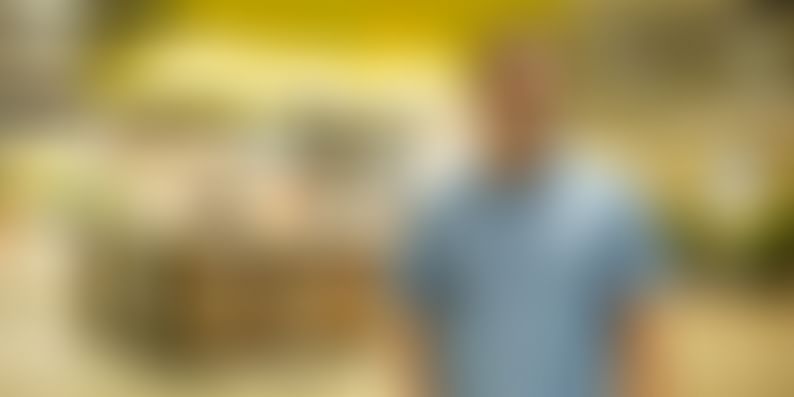 Flipkart has its eyes set on a larger base of online shoppers residing in Hindi-speaking Tier II and III locations, providing them the ease needed to shop online.

The term ‘formal shoes’ when literally translated into Hindi becomes ‘aupcharik joote’, but does it actually convey the essence to a native speaker of the language?

To ensure that nothing is lost in translation, homegrown ecommerce marketplace Flipkart has now created a Hindi language platform for the first time. The launch comes at a time when the ecommerce major is readying itself for its annual Big Billion Days sale in the upcoming festive season.

As internet penetration reaches Bharat, the challenge facing brands and companies is to effectively capture the Tier II, III, and IV markets and serve the next 200 million internet users in India. How so? Not just by English, definitely.

Jeyandran Venugopal, Senior Vice-President, Consumer Experience and Platform, Flipkart, tells YourStory, “There is an explosion of digital content in various Indian languages and most of them use visual elements.”

The Hindi language is spoken by close to 44 percent of India’s population, according to Census 2011, and this is certainly a large potential customer base for Flipkart, which is hoping to establish a real connect by ensuring the entire online shopping experience is done in a user’s mother tongue.

Flipkart, which currently has a registered customer base of over 160 million, believes the next quantum jump of users will come from the Indian heartlands. For this to actually happen, vernacular content has to become a focus.

Kalyan Krishnamurthy, CEO of Flipkart Group, says, “As a home-grown company, Flipkart has the advantage of understanding the Indian market and all its nuances in a much better way. We are committed to developing solutions that will help the adoption of ecommerce by the next 200 million consumers who come online."

"We have deployed around 80-90 percent of our resources towards solving for Bharat with our Hindi interface being one of the biggest catalysts in this transition. As language is a convenience and not a barrier, we believe this native language capability will play a significant role in further adoption of ecommerce in the country,” he adds.

In order to reach out to this population, Flipkart stated that it undertook a research exercise stretching up to months, meeting people at their homes and nearby surroundings to understand the environment.

The research indicated that while many people living in non-metros could read the English language but there was a large gap in terms of comprehension and comfort.

“We were always thinking about building a product that will increase their comfort level and reduce fear, which in turn will aid decision making,” Arindam adds. Here, it was also important for Flipkart to create a Hindi platform that will closely relate to the offline world.

Flipkart today offers over 80 million products across 80 plus categories and it was important for them to communicate effectively with this new user base, in a conversational tone. To this end, Flipkart’s research involved understanding the various nuances of Hindi. For example, the usage of aap and hum and paani and jal, when words that essentially mean the same take on new meanings in a different context.

“We are engaging in a conversation and it is less about translation or transliteration but steps that will aid comprehension,” Arindam explains. For example, words like ‘order’, ‘EMI’, ‘debit’ or ‘credit’ were retained in the original on the Hindi platform as these were well-known and understood terms.

With this Hindi platform, the ecommerce major has set out on a mission to create familiarity, comfort, and aid in decision making.

Jeyandran says, “We needed to build the confidence through various navigational elements so that they get used to this platform.”

Expectedly for a mammoth task like this, Flipkart had to make extensive investments in its tech capabilities to handle all aspects of translation or transliteration, cataloguing, classification, banners, and advertisements. An automated process was created to ensure that the products added to the Flipkart platforms were simultaneously available in English and Hindi.

The company had to also keep in mind the technological limitations that Bharat poses to the internet shopper: dominance of entry-level smartphones, patchy internet connectivity, and lower storage devices.

“Our Hindi platform ensures connectivity in a seamless manner taking into account all these factors,” Jeyandran quips, adding that before the official launch of Flipkart Hindi, they were monitoring the performance of this platform with a limited set of users.

For the sheer potential it holds in a country like India, language is not a challenge but a great opportunity for companies to expand their user base. In the coming months, Flipkart plans to bring in certain audio-visual navigational capabilities to handhold first-time ecommerce users.

But it is not just Hindi alone. Flipkart plans to launch this capability in a few more Indian languages very soon.

As part of its future roadmap, Jeyandran says, “We want to learn from this experience. Once there is scale it gives us great wealth of data. This will help to further improve and also have the same service in other Indian languages also.”

For Bharat, this means searching for a pair of formal shoes becomes a lot more nuanced than resorting to a Google Translate-generated ‘aupcharik joote’.