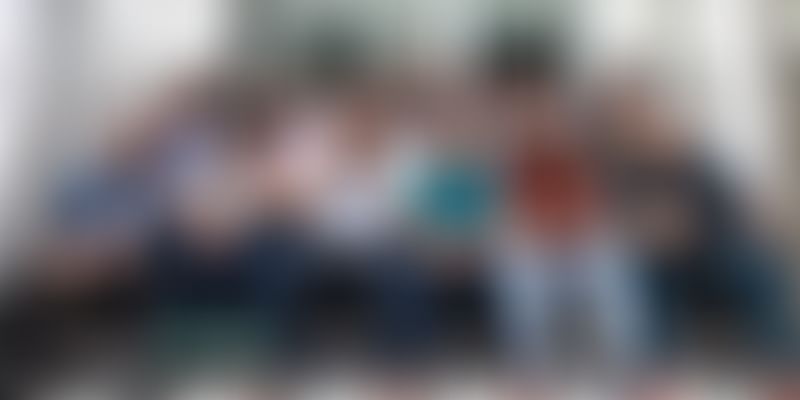 Bengaluru-based KhataBook, which enables SMEs to record and track business transactions, has raised $25 million in Series A funding led by GGV Capital, Partners of DST Global, Sequoia India, Tencent, and others. The funding will be used to scale its tech team and products.

KhataBook, a mobile app that enables SMEs to record and track business transactions, has raised $25 million in Series A funding from Partners of DST Global, GGV Capital, Sequoia India, Tencent and others.

Prominent investors like Kunal Shah, Founder, Cred; Kunal Bahl, Co-founder, Snapdeal; Jitendra Gupta, Head - LazyPay; and Anand Chandrasekharan, ex-Facebook; were among others who participated in this round of funding. With this funding, the total funding raised by KhataBook will be $29 million.

KhataBook is one of the 17 startups from the first cohort of Surge, Sequoia India’s rapid scale-up programme for early-stage startups in India and Southeast Asia. Y Combinator and Info Edge are also investors in Khatabook.

“With this round of funding, we are looking to scale our tech team, build more products that can help SMEs manage their business, and focus strongly on security and other essential apps,” said Ravish Naresh, CEO and Co-founder, KhataBook.

He added that currently India is at an inflection point with dramatically low data costs and strong adoption of smartphones, especially by several merchants. “At KhataBook, we have taken early but significant steps towards leveraging this trend to digitise India’s shopkeepers. For most of our merchants, we are the first business software they've used in their entire life. And we will continue to build more India-first innovations to further enable the growth of what is still a largely untapped sector,” Ravish said.

As of August this year, KhataBook recorded over $3 billion worth transactions on its platform. This, the team adds, has cut down the receivables of merchants to half within few weeks of on-boarding them.

“KhataBook is having a huge impact on millions of Indian SME’s by becoming the system of record for their business dealings, the equivalent of a business ledger on their mobile phones. In most cases, it’s their first mobile SaaS product and could well be their gateway to using other mobile applications. For example, mobile payments is now growing on KhataBook at a very rapid pace. Sequoia India couldn’t be more thrilled with the exponential growth the company has experienced since joining our Surge programme. The team is thrilled to double down on the investment in KhataBook and excited to support Ravish and team on their journey.”

The team claims to have helped over five million merchants save over 600 working hours in a year, each. It adds that their UPI-based payment platform is doubling month on month.

The app has helped its users recover approximately $ 5 billion stuck in credit in the space of six months. This trend can lead to significant impact on India’s MSME sector.

Hans Tung, Managing Partner, GGV Capital, said: “We are excited to partner with Ravish and the founding team of KhataBook. As a second time founder, he has demonstrated the ability to hire quality team members and identify areas for rapid growth – two essential components to scale. As a global investor, we seek out founders who understand the local market and respond to growth opportunities with speed and agility – we certainly see this with the KhataBook team.”

The team claims to be growing 20 percent every week and has use cases with more than 500 types of businesses. The team plans to launch other products for MSMEs in the next few months and also aims to reach over 25 million Indian merchants in the next 12 months.

“We currently are building out the software for the merchants, and are focussed on ledger management. However soon, we want build out billing and invoices, and platforms to help merchants file taxes,” said Ravish.