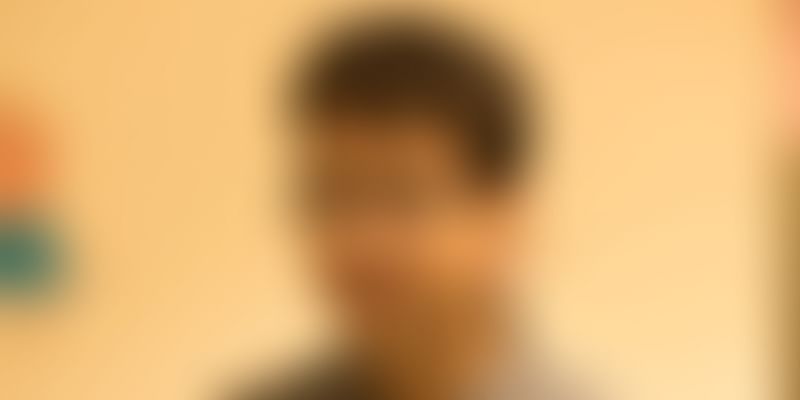 After nearly a decade in a corporate role with HUL, IIT Delhi grad Deepak Agarwal finally realised his dream of starting his own business when he launched Ayurveda-focused startup Zenith Drinks and its brand Auric in 2017.

Deepak Agarwal always had the thought of starting his own business, coming from a family of businessmen and chartered accountants. Right from his days at IIT-Delhi, where he was pursuing a BTech degree in chemical engineering, Deepak was trying to find the answer to what is that one thing he was passionate about? He was unable to find an answer and thus not able to base a business idea on that one ‘Eureka’ moment.

But all that was to change when Deepak, who had been a sportsperson from his school days (he represented Haryana in badminton till the under-18 level), met with an accident during a university football game. He was the goalkeeper for IIT-Delhi and during a game in 2008, the striker from other team struck his knee into Deepak’s back, resulting in multiple fractures of the backbone.

After the accident, which affected lumbar 4 and 5, he was off sports for a year and started putting on weight. The life-altering accident eventually led him to Ayurveda and nutrition, where he would realise lay his true passion, and would thus form the basis of his startup idea.

It would, however, not materialise until a decade later.

Graduating from IIT the next year (2009), Deepak got picked up by HUL through campus placement and went on to work for the multinational for nine years from various centres - Chandigarh, Mumbai, Singapore, and Switzerland.

Between 2008 and 2011, he tried out “all kinds of physiotherapy” in India but continued to gain weight. It was while Deepak was in Switzerland that his physiotherapist there started to teach him yoga along with the regular physiotherapy sessions. This was the time when he also started running, developed “respect for food”, and got into meditation and Ayurveda.

Back in shape, he realised that he wanted to build a business around “looking and feeling good”, with the help of Ayurveda.

When Deepak and his wife moved from Singapore to Mumbai in 2016, they would buy Ayurvedic herbs and products to brew their own tea. According to Deepak, while their friends and families saw a marked improvement in their appearances they couldn’t quite believe the process, “perhaps because nobody actually does it or it just seems too time-consuming”

This is when he figured that there was a use case to bring Ayurvedic products into the market, products that are convenient, affordable and have an aspirational value attached to them.

“The market has two kinds of Ayurveda products. Really affordable but not aspirational, like Patanjali, where there is a sage or a Baba associated with the brand, who talks about his own greatness. And secondly, brands like Forest Essentials, which are aspirational but not affordable. My vision was - and is - to bring health and nutrition to the over-nourished population with affordable, aspirational, and convenient products,” Deepak says.

And thus in July 2017, Deepak decided to quit his job, serve out a three-month notice period, and start up. During the notice period, on weekends, he would go to the farmers’ market to test the market for ready-to-drink Ayurvedic beverages by offering his concoctions in unbranded bottles, sometimes free and sometimes for a price.

The rationale behind testing the product there was that “people coming to farmers’ markets are more open to trying new, healthy things, and then they spread the word”.

Notice period out of the way, Deepak moved to his home town of Delhi from Mumbai, with his startup Zenith Drinks Pvt Ltd. He got his team, product, and brand in place and launched three drinks - Mind Rejuvenation, Body Defence and Skin Radiance - under the Auric brand name in September 2018.

All three drinks are made from concoctions of different Ayurvedic herbs, with coconut water as the common base. The beverages, he claims, are 100 percent natural, with no sugar or preservatives.

Speaking of the formula behind the drinks, Deepak says, “We managed to crack two things. Firstly, Ayurvedic herbs are very bitter in taste. We managed to make the drink non-bitter without adding sugar by using the science of gastrophysics and aroma. So rather than play on taste, we played on smell. And secondly, without adding chemicals or preservatives we managed to give the products a six-month shelf life at room temperature. The moment you remove sugar, bacteria don’t have food to grow.”

The drinks are available online for Rs 50 per 250ml bottle on platforms such as Auric’s website, Amazon, BigBasket, and Qtrove. Amazon and Auric’s website account for 70 percent of the sales. Interestingly, according to the company’s July sales data, 60 percent of sales happened in Tier II and III cities, with the rest coming from urban centres.

The ready-to-drink beverages can also be purchased from across 200-plus stores in Delhi, Gurugram, and Chandigarh.

The competition and differentiator

Deepak admits there are several competitors in the space, including brands such as Raw Pressery. He, however, highlights the price advantage Auric has, retailing a bottle for Rs 50 against the Rs 130-150 range of others.

Organic India and Himalaya are also among the serious players in the Indian Ayurvedic market. Commenting on the two brands, Deepak says, “They are in the same space, catering to the same need, but they mostly come in supplement formats. So you typically wait for a doctor to prescribe them to you. On the other hand, in the beverage format, you are ready to pick it up from the store and consume.”

He adds that Auric aims to simplify Ayurveda with its simple, ready-to-drink beverage format where “you don’t need to research about Ayurveda”.

The company has applied for patents for its three offerings.

The startup currently has 15 members on board, with four co-founders who came in at different points of the company’s journey.

In 2017, when the company was set up, there were two co-founders, Deepak as the CEO and his chartered accountant father Ramavtar Agarwal as the CFO. A year later Mohit Gupta, a 15-year veteran of P&G, Unilever, and Johnson & Johnson, joined as the COO. The following year, Aman Gupta, a serial entrepreneur, came on board as the fourth co-founder and CMO.

On the R&D side, the company has a team of Ayurvedic doctors and former R&D directors from Unilever. “They have been instrumental in helping us research ingredients, daily dosage recommendations, and how to make products without sugar and preservatives etc.,” says Deepak of his research team.

The company remains bootstrapped with the co-founders’ personal investments to the tune of a little over Rs 3 crore or half a million dollars.

However, it is now in talks with investors to raise funds and is hoping to close a $2 million round by October-November.

Operationally the company is profitable, but it will take another two more years to break even, according to Deepak. “Ebitda (Earnings before interest, taxes, depreciation and amortisation) level is always the problem; hiring and marketing cause the burn. But we do not want to cut short the growth trajectory, and will continue to invest in new products, new geography, and talent,” he says.

At present, Auric is selling upwards of 50,000 bottles every month. And although Deepak is reticent about sharing exact topline or bottom-line figures, he says that in less than six months the business has grown 10x in terms of revenue.

The Delhi-based startup plans to expand its portfolio over the next few months by entering the protein, hair, and weight segments.

“Anything that fits into ‘looking and feeling good’ using the ancient art of Ayurveda, that’s our forte and that’s what we will do,” Deepak says.

Over the next six months, Auric will launch three more products. The company also plans to export its products to Western markets and has taken up a new USFDA-approved manufacturing unit in Alwar, Rajasthan. It has another manufacturing plant at Sirsa, Haryana.