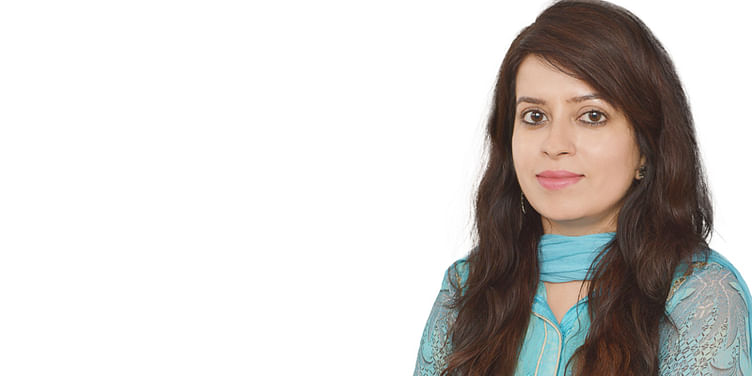 Jyoti Wadhwa started her online business, Sanskriti Vintage, with money borrowed from her husband and broke even in the very first year of operations.

The year was 2010. Jyoti Wadhwa, a Delhi housewife and a mother of a two-year-old girl, found herself in a “confused state” when her husband Anshul Bansal, the only earning member of the family, came back home one day and said he wanted to quit his job as an investment banker and do something on his own. Jyoti realised that given the risk her husband was about to take, she needed to start contributing financially as well.

“I figured I have to do something but at the same time, I did not want to leave my daughter in a playschool. I was looking for options where I could work from home,” says Jyoti, who worked in the HR and Admin department of an MNC for three years before getting married in 2006.

She had heard from some relatives that one could earn from online businesses; they had also suggested that selling vintage sarees online could be a viable option.

Since learning about the possible opportunity, Jyoti researched the market for five to six hours every day, trying to understand what customers were buying and where they were. She was also trying to zero in on the amount of investment needed.

The Rs 50,000 corpus came from Anshul, who had Rs 1 lakh in savings and decided to split that evenly for his business and Jyoti’s. While Anshul focussed on setting up his IT services business, Jyoti immersed herself in creating an online business for selling vintage sarees.

During the course of her research, Jyoti found that printed pure silk fabrics were in demand and started searching for them.

“I came across many handcrafted sarees. When I saw these products I got very excited. I thought I could definitely sell these. I was very impressed and I got the confidence to go ahead,” she says.

The first-time entrepreneur then selected some items and uploaded them on eBay. And Sanskriti Vintage was born. In the beginning, trying to figure out how to list and describe products online seemed challenging, but she soon got the hang of things.

Being in the export business without any staff in the early days meant that Jyoti had to do the shipping from the postal services herself, standing in queues with her young daughter for three-four hours.

She explains, “What also helped set us stand out was the fact that nobody was really investing in products at that time. People would acquire old silk sarees, take photos and sell, earning a low margin. They’d buy at Rs 400 and sell for Rs 600. I realised that we can’t play the price game and thus decided to play the premium game. We picked out the most beautiful stuff, which was more expensive. invested in good photography, lights, and a DSLR camera at a time when other sellers were using 2-megapixel phone cameras.”

Since Sanskriti started on the eBay platform, they had no marketing spend. Jyoti focussed her energies on optimisation of listings and figured out how to get on top of them. She was soon selling 500-600 sarees in the range of $15-$40 per piece a day, with a 10-15 percent net margin. Soon, she managed to capture 40-50 percent of the market.

However, after three to four years the eBay market plateaued. “We got to the top and then there was nothing. We then listed on Amazon.com in 2013 (it was not in India yet). We experimented and realised that it was not the platform for our existing products. And that led to us starting a new range of apparel and fashion jewellery,” Jyoti says.

When Amazon launched in India, Jyoti launched her fashion jewellery line called Zephyrr, which soon became a “best seller” on the platform.

The bootstrapped startup’s investment into the new range came from the margins of the vintage saree selling business. Having broken even in the first year of operations, Jyoti, who started with just Rs 50,000, now has an annual turnover of around Rs 10 core. From running the business singlehandedly in the initial days, she now has a team of 30, most of them women.

In 2015, Jyoti received the Niryat Shree award from the President of India. It is an award that is given to 50 chosen exporters every two years for excelling in exports from India.

Sanskriti is now present on almost all ecommerce platforms, exporting its products across the globe. The woman who wanted to contribute to the family kitty has done that and more!